1 CW reader is interested
American Pastoral film review 3 American Pastoral film review Maud McCaffrey
What could be more timely than a film about America's recent history? About domestic terrorism, political protest, and the end of a civic era? About working-class disgruntlement, racial tension, social disillusionment, and the dangerous complacency of a blinkered elite? A film in which the most overtly symbolic moment is a star-spangled banner flapping implacably in front of a building that's just about to explode?

'Timely' is perhaps the kindest thing that can be said for American Pastoral, which joins the list of uninspired film adaptations of Philip Roth' novels. But while its problems of structure, casting, and script keep it from being a film of any real quality, its pedigree (Roth's Pulitzer-winning social-realist allegory) and current political circumstances (obvious) make it worth a watch. The election has – at least for the time being – made this clumsy melodrama into a clumsy melodrama that engages with some of the world's most pressing and fascinating problems.

Most of American Pastoral is set in the 1960s, when former high-school star athlete Seymour 'Swede' Levov has been living a charmed and bucolic (hence the film's title) existence: residing in a beautiful country house, working in his father's glove factory, and married to a former beauty model. His young daughter's bad stutter is his life's only flaw, but it's a flaw that expands from a hairline fracture to a foundation-deep breakage.

Young Merry Levov's speech impediment turns out to be the manifestation of a festering Freudian resentment, and as she grows into a teenager her feelings chime with the nationwide discontent at the decade's end. Her father's sweet-tempered naivety means he's ignorant of the violent potential of this unchecked hatred until a local man is killed in a Weathermen-style bombing and Merry goes missing, wanted by the FBI. 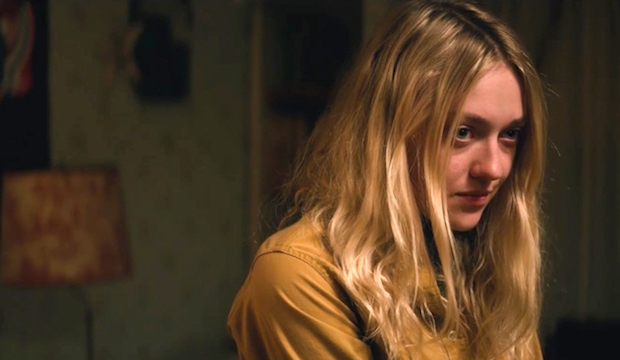 With his sweeping strawberry-blonde fringe and suspiciously orangey complexion, Ewan McGregor's 'Swede' superficially resembles a handsomer and younger You Know Who; but the character is more profitably seen as a stand-in for the so-called liberal elite of 2016, who are, apparently, at least partially at fault for the dismaying outcome of the election. Seymour Levov is the embodiment of well-meaning privilege: he boasts that 80% of his factory workforce is black, without considering the implied correlation between race and class; he gives his daughter every material and educational advantage and is consternated by her continued unhappiness; and when the worst happens, he simply can't accept the implications.

All of this makes American Pastoral worth a watch, even if the only real benefit is to be had from engaging with whatever's been carried over from Roth's novel, and there's something to be said for coming across these ideas even in their thinned and truncated form. Anyone with the time to read or reread the source material would be better served by doing so, though. The film version is clichéd (using Buffalo Springfield's 'For What it's Worth' to signify the onset of counterculture), unimaginative (retaining Roth's Nathan Zuckerman narrator without cinematic justification), and too sympathetic to the confusions of its protagonist (the novel salted its elegiac tone with its author's characteristic scepticism).

No one is going to mistake American Pastoral for an important film, then, but it's a film about important things at an important moment in history. That's not normally enough to get a film a pass from us – but then these aren't normal times.