1 CW reader is interested
Allied film review 4 Allied film review Matthew Robinson
Resist it if you must, but Allied rewards those who let it sweep them away. It’s a ludicrous, marvellous melodrama that’s never boring; one long, perfectly sustained cadence that deserves to win Razzies and Oscars both. You’ll laugh for the wrong reasons and cry for specious ones – but why deny yourself that?

It begins in Casablanca, 1942, where American wing commander Max Vatan (Brad Pitt) and French Resistance fighter Marianne Beausejour (Marion Cotillard) meet to assassinate a German ambassador. Posing as husband and wife, the heat of battle and Morocco makes their pretend romance real, and post-mission they end up moving to London to settle down. Despite the Blitz, life is peachy – until possible revelations cast doubt over their loving relationship.

To remain a plausible human drama, this story would have required the kind of subtle performances that Pitt and Cotillard staunchly refuse to give here. Cotillard coasts through the femme fatale-wife role she’s been playing forever, out-Jolie-ing Angelina in the pouty killer-bitch stakes. This easy comparison must be the reason for rumours of an on-set Brangelina-ending affair; it certainly wasn’t because of the chemistry Cotillard shares with Pitt, because there isn't any.

Pitt himself looks stoned. He doesn’t know what to do with his hands and keeps putting them on his hips. In one tragic scene he’s filmed in close-up and slow-motion, so you can actually observe his face struggle to approximate affect. Something like feeling ripples across his jowly boorish features, and you think: at least it was probably a small kidney stone. 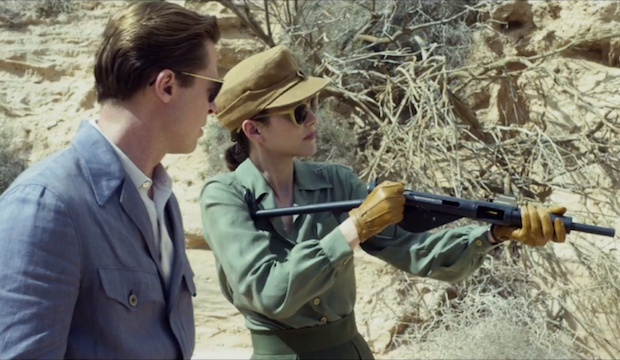 But Allied doesn't need to be a plausible human drama – it follows the rules of romantic cinema, foregoing the chemistry of character for the physics of plot, neglecting realism and originality for the satisfactions of expertly-executed cliché.

Director Robert Zemeckis sets himself up for a comparison with Quentin Tarantino's WWII pastiche Inglourious Basterds (2009), not only by casting Pitt but by getting August Diehl to reprise his slimy Nazi officer from Basterds (and do almost exactly the same famous card-game scene). But where Tarantino was content to put clichés in quote-marks, Zemeckis fillets them for juicy sentimental impact. This isn't to say that Allied isn't entirely unknowing about how ridiculously campy it is, but that it plays out with a completely straight face. 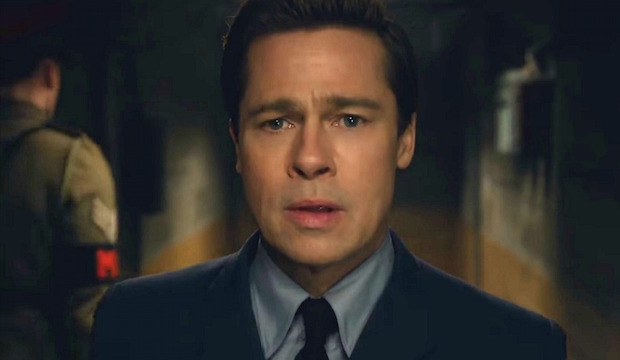 This is impressive, considering that Allied’s first act is essentially Casablanca with machine-gun skirmishes – it's like Citizen Kane has been remade with car chases – and the benefit is that the film is as easy to fall for as it is to mock. A more restrained director might have opted for either the explosive lunacy of the birth scene or the OTT bomber scene (you'll understand when you see them), figuring that even one of these might make his movie ridiculous, but Zemeckis has enough conviction to pull off the inclusion of both, understanding that audiences are willing to be credulous if given the resources to be so.

Hilariously, the plot is supposed to be 'inspired' by a true story, an undocumented anecdote that Zemeckis heard fourth-hand. Thank god the source has sunk without trace; any whiff of historical fact and his film might have ended up sombre, worthy, or sanctimonious. As it is, Allied is gorgeous, daft and – dare we say it? – one of the reasons you go to the cinema.