Spoiler Free: The Fall's gruesome return to BBC2 for its third season offers very little in the way of action. Just as we like it 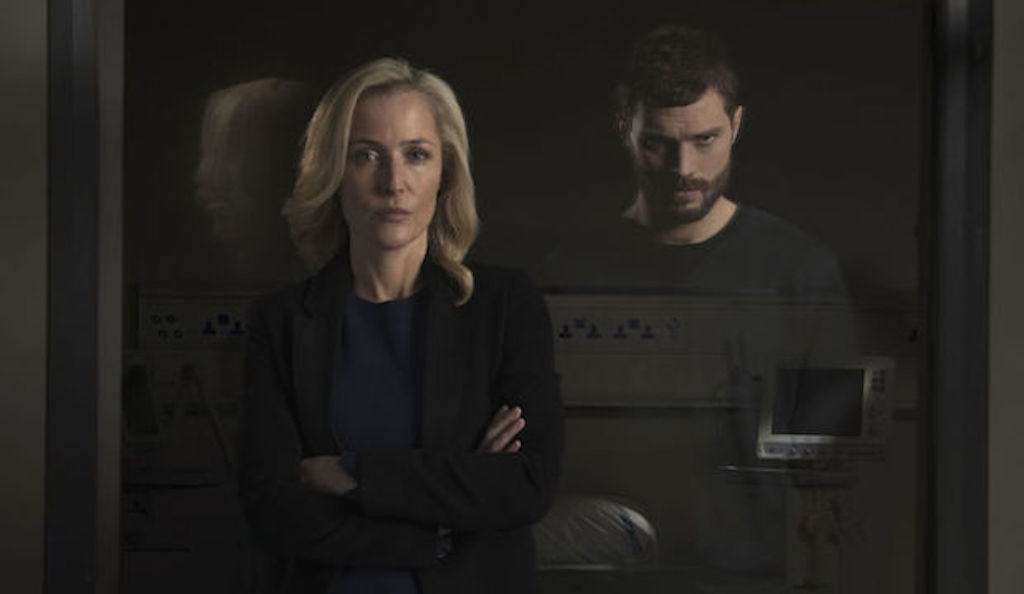 How beautiful does a serial killer have to be for the British public to fall madly in love with him? The answer (reassuringly perhaps) is Hollywood actor handsome, on the level of Jamie Dornan: he of the chiselled jaw, designer stubble, and Fifty Shades of Grey series.

TRY CULTURE WHISPER
Receive free tickets & insider tips to unlock the best of London — direct to your inbox
Dornan returns to BBC2 this Thursday evening as Paul Spector, the irresistibly sexy lady-strangler. Spector's reappearance comes under pressure from fans, who were disappointed by the lack of conclusion to the end of Season 2.

Last season, DSI Stella Gibson (Gillian Anderson) inched closer to catching Spector in a revolving wardrobe of low-cut silk blouses but offered nothing in way of a conclusion to the drama. To cap the season off, Stella and her nemesis went for a walk in the woods and were shot by a nobody (not killed, you understand, just shot). No conclusion, then. No resolution. If that was what you were watching for, I guess you'll have to hope for it in season three.

Call us strange, but we don't care even slightly about the lack of a good plot. Some well-deserved justice for a horrible man isn't why we love this TV series. We don't even mind that nothing dramatic really happened in the first episode of season three -- surely the easiest day's work in all of Dornan's life, as all he had to do was lie on a hospital bed and pretend to bleed gently whilst medical staff rushed around in a struggle to keep him alive for an hour. This is less like The Fall and more like the most gruesome episode of Grey's Anatomy, and we're including the time someone came into A&E with a tree through their stomach.

But The Fall's brilliance doesn't happen in the action: the snap of elastic around a woman's neck, the run from a murder scene, or the screaming matches between Gibson and her hairy boss. It's about the long looks, the unsettling, distasteful feelings that simmer between Spector and Gibson and amalgamate themselves in her relationship with Tom Anderson and that mirror our own pangs of lust.

Why does Gibson run to Spector, and not her colleague (and lover) when the two of them are shot? Why do we secretly – and painfully – fancy the monster, when we know what he's capable of? When he glamorises the seduction of underaged girls and the cold-blooded, controlled, cruel and dehumanising murder of innocent women? Is it because he's handsome? Because he's complicated? Because he loves his daughter?

This is where the genius of The Fall lies. The constant tension. The brimming fears, resentments, and play for power. So it doesn't matter to us that barely anything was concluded at the end of the last season, and that literally nothing noteworthy happened in the first episode of season three. Long shots where police detectives walk down corridors covered in blood and stare pensively out of windows: that's why we're watching. And of course, because Jamie Dornan is so damn handsome.