No expenses are being spared at the Alexandra Palace Fireworks Festival 2019. Expect an ice rink, funfair, bonfire and Rob da Bank on the decks

This year, festivities begin with a new addition: a pagan-inspired fire-lighting ritual, designed by Mutoid Waste, whose previous work has been featured at Glastonbury. For the Ally Pally fireworks, Waste is working with young people and local artists to create a 30ft effigy, which is being set alight in what should be a stunning, fire-smothered spectacle. Meanwhile, families should arrive early to enjoy the ice-skating rink, bonfire and funfair before the fireworks display and laser show begins.

Hungry? Browse the many food stalls which come to the festival by way of StrEATlife Village, serving sizzling hot dogs, steaming hot chocolates and more. Drinks are largely of the pint variety, thanks to the site hosting the UK's largest German Bier Festival alongside the firework festivities. 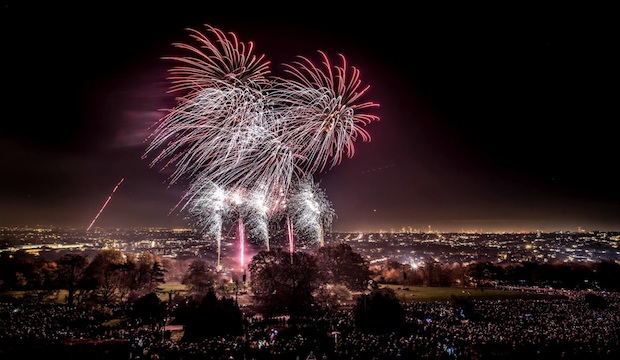 Former Radio 1 DJ and Bestival founder Rob da Bank is behind the decks this year, while in Café de Pally, critically-acclaimed comedian Ed Night is presenting live bands, cabaret and a host of stand-up sets.

And if you want somewhere cozy to defrost your toes once it’s all over? Hunker down at the Luna Cinema, which is setting up camp in the palace’s recently renovated Victorian theatre. Those who come early can watch a family favourite (Harry Potter and the Philosopher’s Stone on Friday; Toy Story 4 on Saturday). But if your party is exclusively adults and big kids, why not finish off the evening watching cult horror Silence of the Lambs (Friday) or political thriller V for Vendetta (Saturday)? It's the weekend after Halloween after all...

Alexandra Palace has been holding firework displays for the past 140 years, but we have every reason to believe the 2019 festival will be the best spectacle yet. 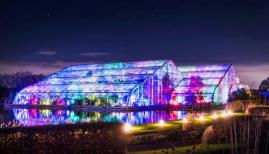 Winter wonderlands worth escaping London for