Matthew Warchus's fifth season at The Old Vic is a shining selection of modern classics, new writing and star actors 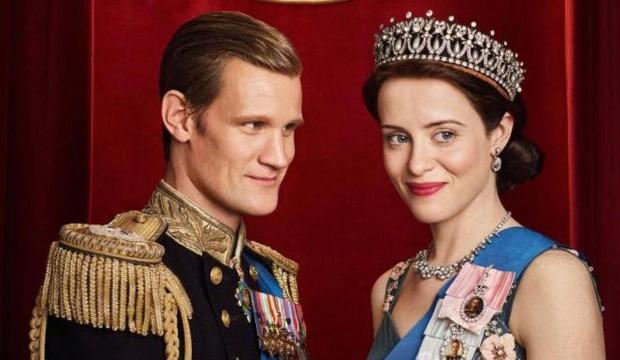 Claire Foy and Matt to star at The Old Vic
Bringing potent new writing alongside modern classics, Matthew Warchus’ fifth season as artistic director of The Old Vic is a thrilling prospect.

'One of the things I love about theatre is its almost complete disinterest in trivialities,' says Warchus. 'It feeds off – and feeds back – life’s most titanic ideas and emotions. Our next batch of shows at The Old Vic is no exception and delivers five powerful stories in five contrasting genres; a world premiere play, a very topical duologue, a festive celebration, a 20th century classic and a brand new musical.'

And the season has already attracted a stellar selection of actors.

Fans of The Crown will be excited to see Claire Foy and Matt Smith reunite on stage to play a married couple in a revival of Duncan Macmillan's 2011 play Lungs. Instead of clipped regal formality, this searing two-hander scrutinises love, longing and global responsibility. In the wake of Extinction Rebellion and kids' climate change strikes, the story of a couple grappling with their future and the carbon footprint of having a child could not feel more timely. And Macmillan's writing is haunting (we saw the play at Edinburgh back in 2013 and immediately read the script cover to cover).

Enron playwright Lucy Prebble turns her talents to the nitty-gritty of modern espionage and revenge tragedy in new play A Very Expensive Poison. Based on Luke Harding's book of the same name, the world premiere revolves around the extraordinary assassination of Alexander Litvinenko in 2006. As rich in drama as it is steeped in complexity, it stems from a decade of reporting and interviews from all different perspectives.

Completing the spectrum of different kinds of drama, there's a large-scale new musical created in co-production with Royal Lyceum Theatre Edinburgh. Local Hero, based on the hit 1983 film, tells the story of a Texan oil baron who finds the deal of lifetime in Scotland. But is the promise of riches enough to persuade the locals to sacrifice their home town? Dire Straits singer/songwriter Mark Knopfler is writing the songs that will transform the story into a fully-fledged musical.

Plus Christmas cheer prevails yet again as Jack Thorne's atmospheric take of A Christmas Carol returns for the third year in a row. The five-star show is about as festive as it gets and is threatening to become an annual tradition.

Public booking for the new season of shows opens on Thursday 9 May. Save the date: we predict a sellout.