Howard Ashman's 1982 show, based on a low-budget 1960 movie of the same name, is a celebration of early Motown and rock and roll music, bizarre botany and plenty of black comedy. It’s not the most coherent or compelling of shows, but this production celebrates the spoofy exuberance in an easy, entertaining two hours.

The Open Air stage is a fitting backdrop, as the foibles of a florist in charge of a flesh-eating plant play out ‘Somewhere that’s Green’. Skid Row is a desolate yet cartoonish cluster of tower blocks, graffiti and rubbish in Tom Scutt’s grayscale set design. Mr Mushnik (Forbes Masson) is on the verge of bankruptcy. His flower shop is failing and employees Seymour (Marc Antolin) and Audrey (Jemima Rooper) are about to lose their jobs.

But when Seymour reveals a strange new plant with a dangerous appetite, life gets more exciting. Suddenly fame, fortune and romance are on the cards, providing everyone doesn't end up as the plant's dinner.

Antolin and Rooper do fine job of balancing sincerity and silliness as Seymour pines after Audrey, while former Busted boybander Matt Willis is fantastic fun as the sadistic dentist boyfriend. But the surefire star of the show is Audrey II the plant.

Instead of puppetry and off-stage voices, the plant is a living, breathing and fantastically feisty Vicky Vox. The American drag queen stalks the stage in glittery platform boots emblazoned with ‘feed me’. She belts out the songs and makes demands and itches her lady garden with gusto. As the whole stage turns green and the cast transform into an army of sprouting, flowering monsters, it's all too easy to forget the victims and root for the killer plants. 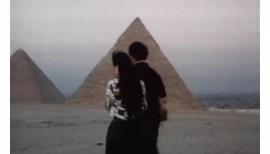