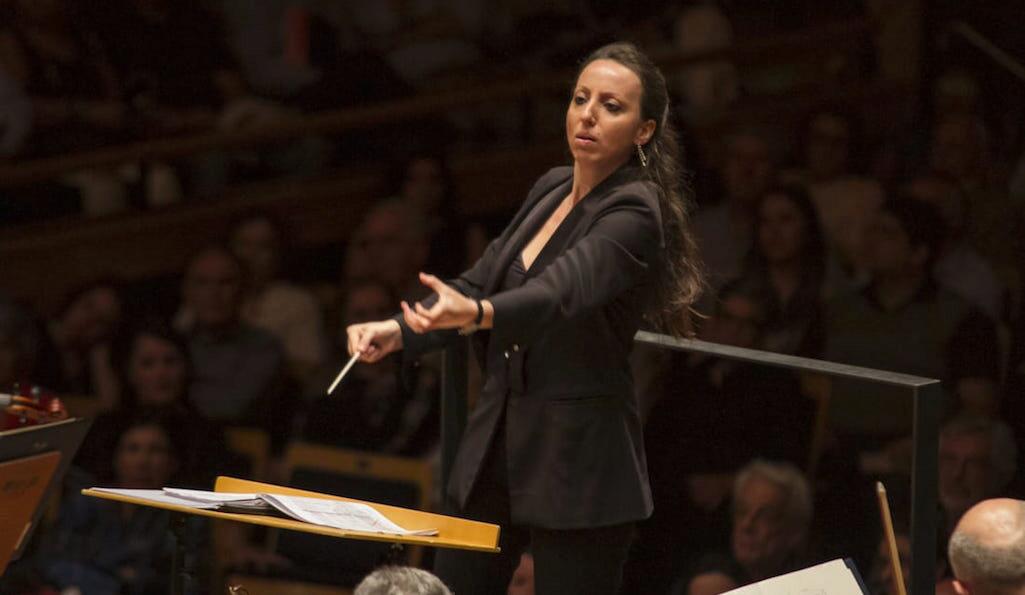 Valentina Peleggi is a sought-after conductor
When applause greets the arrival of the conductor on the first night of Le Comte Ory at Garsington Opera, Londoners in the audience will recognise a familiar face.

Florence-born Valentina Peleggi made a huge impression in the capital when in early 2020 she conducted Bizet’s Carmen, Puccini’s La Bohème and other productions for English National Opera at the Coliseum. And now she is breaking into the typically English country house opera scene, a musical tradition which she wishes her native Italy would copy, especially as her country has the weather on its side.

Le Comte Ory is a Rossini romp, its libretto in French, rather than in the composer’s native Italian, and yet with his characteristic verve and highly decorative music. Working in English on an Italian opera in French is natural territory for Peleggi. Her first studies were in comparative literature, and her early love of opera was an extension of her admiration for the human voice.

A protegée of the great Marin Alsop in São Paolo, Peleggi began conducting by taking on the university orchestra in Florence for 10 years. She learned the piano and violin, and plays several other instruments for pleasure, completing her studies at the Royal Academy of Music in London. Last year, despite the pandemic, she maintained an inventive programme of live music-making at Richmond, Virginia, with musicians playing 3 metres apart, and going to their audience rather than waiting for the audience to come to them. 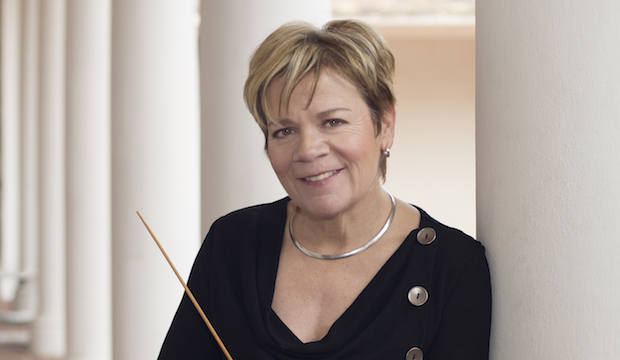 All of this would have astonished but surely also delighted her great-grandmother, who also had a musical gift. Her story shows the changes for women in music across four generations. Roughly 100 years ago, the young Clori Rossi Pierangelini showed enormous talent as a singer. She was invited to audition for the flirtatious role of Musetta in La Bohème, singing before Puccini himself at the Roman opera house then known as the Costanzi, and today the Teatro dell’Opera di Roma.

Clori was given the role. And she gave it up. In love with a naval officer she had to choose between life as his respectable wife, or a less reputable life on the stage. She chose marriage, and never sang again. On family occasions she would play the great operatic arias on the piano, but not sing a note.

Peleggi, who remembers visiting her great-grandmother when she was 13, will surely sense her looking over her shoulder when she picks her way to the front of the Philharmonia Orchestra on Friday night. If she hadn’t chosen love, Clori might one day have sung Rossini's Countess Adele, who spurns all men, to the chagrin of the count. 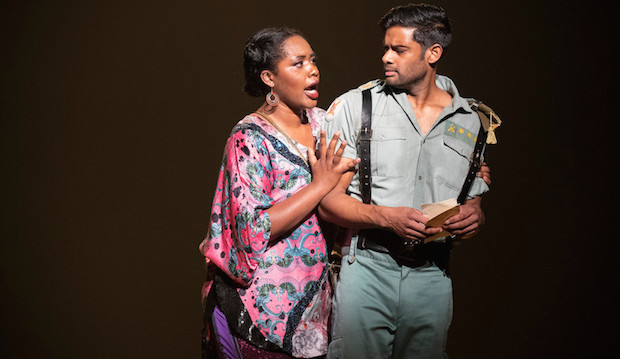 Darkness brings disguises, deceptions and debauchery – and no one does darkness quite like Garsington, where natural light floods the glass-sided auditorium in the first act, and night falls after the long dinner interval.

The production’s high comedy is in the best hands too: Cal McCrystal, who has already had opera audiences rocking at ENO with Gilbert and Sullivan's Iolanthe, brings the gift for humour that helped make a monster hit of One Man, Two Guvnors. The opera's designer is takis, the man behind Opera Holland Park’s new look this summer, and designer of its opening production, The Marriage of Figaro.

When we talk, the production is still under wraps, but common to every opera that Peleggi conducts is a flexibility that marries the individuality of the artist with the notes on the page. She eschews rigidity and a slavish if illogical fixation with tradition.

This fluidity underpins her belief that all the arts are working together – particularly, of course, in opera. Her art-filled upbringing in Florence and love of words were joined by a life-changing experience as a youngster, singing in the children’s choir for the mighty Carl Orff extravaganza Carmina Burana. 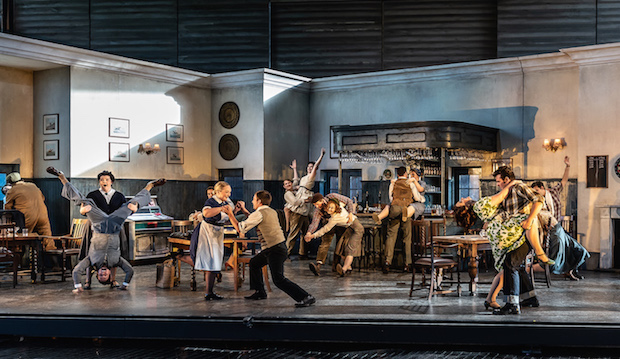 ‘I went to the rehearsal, and that was the first time I was on a stage with 300 people behind me and a vast orchestra in front of me. There was a wall of sound, and I had never experienced such a wonderful thing.’ The man ‘waving his arms around’ was the distinguished conductor Zubin Mehta. Perhaps that was the moment Peleggi envisaged herself on that podium one day.

Her time as Mackerras Fellow at ENO put London at her feet, and was her first experience of conducting opera translated into English. Having grown up with the great Italian repertoire in her mother tongue, she understands the effectiveness of that ENO policy. The residency also introduced her to the first time to Garsington Opera, where she saw a vivacious production of Smetana’s comic opera The Bartered Bride.

Now conducting Rossini there herself, she admits to a special affinity with the great Italian operatic composers – Rossini, Puccini and Verdi. ‘It’s part of my birth certificate!’, she jokes. Also on that birth certificate, a female name. And there are not so many of those in the conducting world, which is still dominated by men. 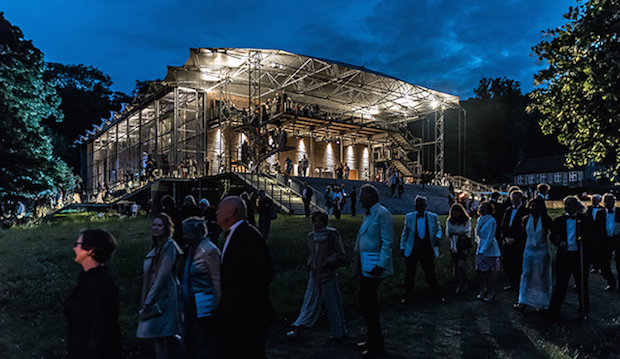 ‘I’m very pleased to see that the number of women is increasing, especially in the music institutions,’ she says. ‘When I was a student I was pretty much the only one. Now there are two or three women on each course. But it’s after leaving that the numbers really drop.

‘Through the Royal Academy I had the good fortune to meet Marin Alsop and she was a great inspiration for me and she has a fellowship for young women conductors which I was lucky enough to win, and so I spent two years with her mentoring me, and teaching and talking.'

Peleggi is being modest: she has won countless awards and is sought after by concert promoters and opera producers all over the world. And she is a role model for the talented young women still on their way to the podium. But she is concerned that social media can be vicious towards rising talent.

'It’s a big world and there is space for everybody. It’s a hard job, but sometimes we are the ones who put a ceiling on ourselves. There are moments when you doubt, but at those moments, never, ever give up.'