The 10 best Studio Ghibli films – and why we love them

Founded by Hayao Miyazaki, Isao Takahata and Toshio Suzuki in 1985, Studio Ghibli is a Japanese animation studio loved the world over for the beauty and quality of its movies, which delight viewers of all ages.

In the 35 years since its inception, the company has produced more than 20 films and remains one of the most important animation studios in the world, having massively contributed to the popularity of ‘anime’ across the globe.

Now, thanks to one of the most eagerly anticipated online streaming additions of the year, Studio Ghibli's best-loved movies are now available on UK Netflix, bringing the works of the animators to a whole new fanbase.

If you're new to the studio's works and are wondering where to get stuck in, let us be your guide with our round-up of the 10 best Studio Ghibli films. 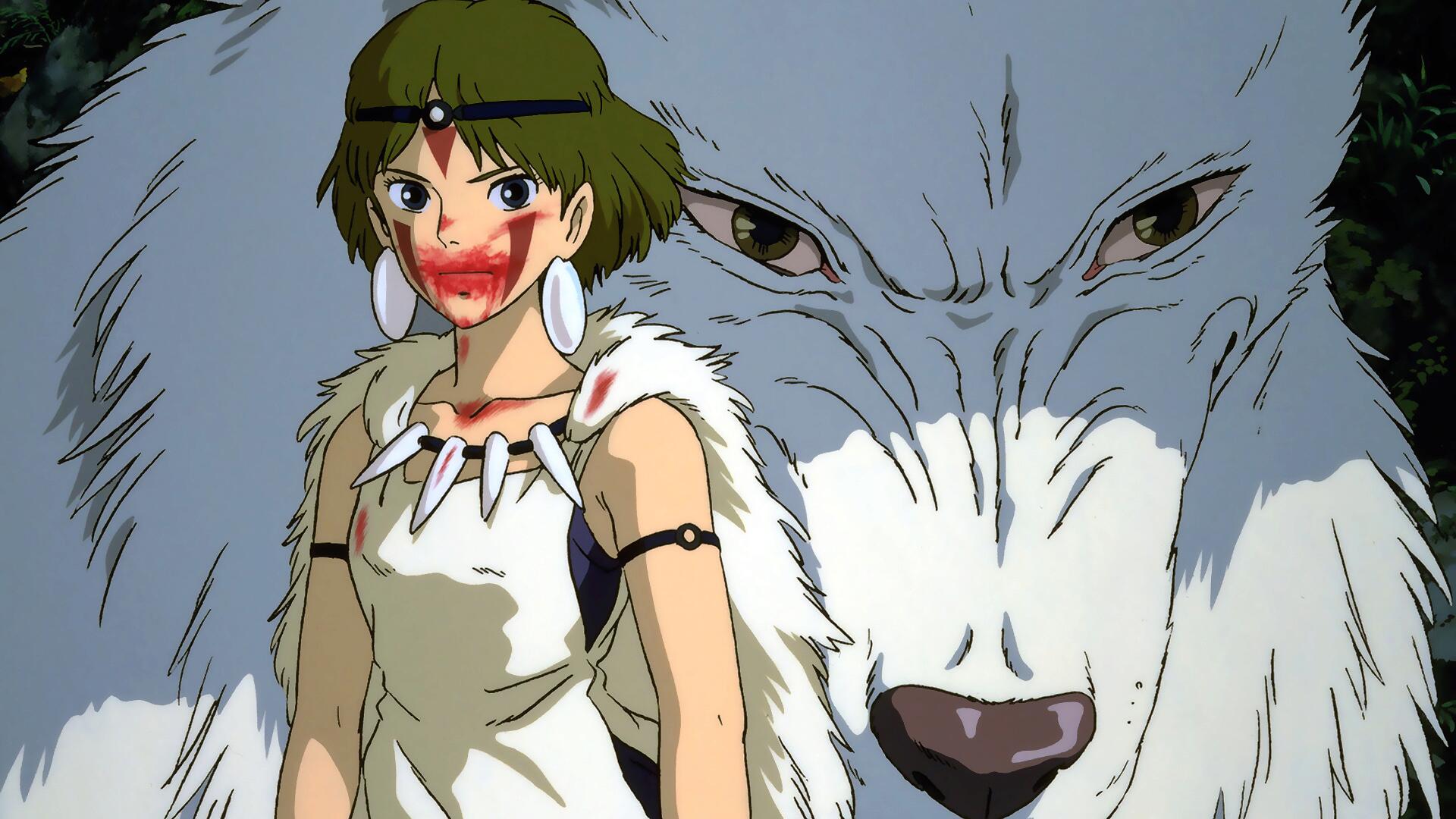 Considered by many as Hayao Miyazaki’s greatest film, Princess Mononoke is a work of art. Following the ideas of Japanese Shintoism, the film plunges its protagonist Ashitaka into an otherworldly conflict between scavenging humans and forest deities, offering a fresh view on the balance between human needs and nature’s sustainability. Despite being over 20 years old, the film's core themes are as relevant today as ever. It's for this reason, coupled with its beauty, that Princess Mononoke is our top pick. 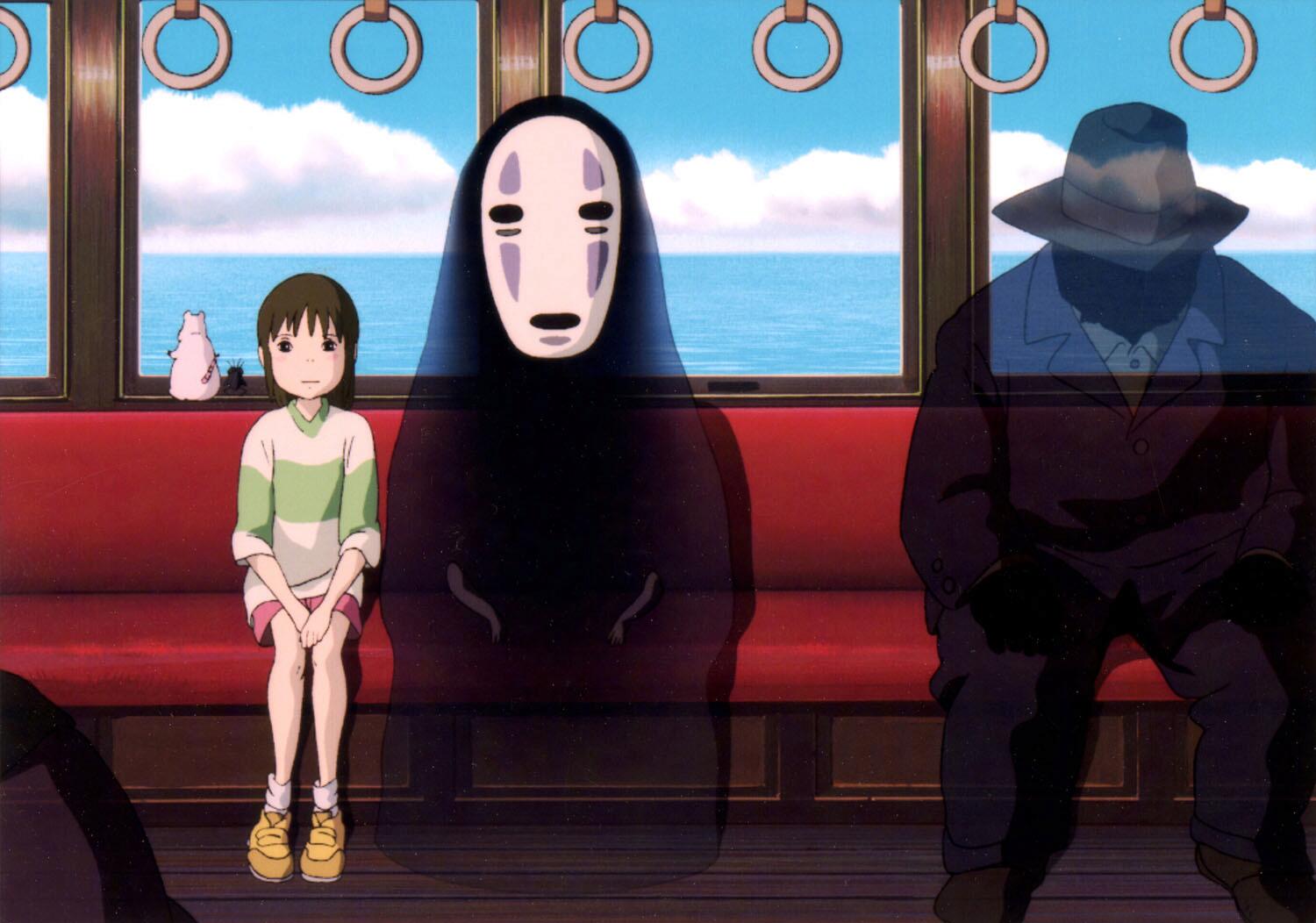 The only non-English language movie to win the Oscar for Best Animation Feature (and rightly so), Spirited Away is the most universally acclaimed of the studio’s works. A complete visual and psychological trip, the story follows the adventure of Chihiro, a 10-year-old girl trapped in a world of spirits, where she has to free her parents (who have been turned into pigs) while battling for her own freedom. The movie has everything you want from a fantasy flick: demons, spirits, dragons, witches, beautiful scenery – you name it. Oh, and gorgeous music, heaps of humour and well-written characters, too. 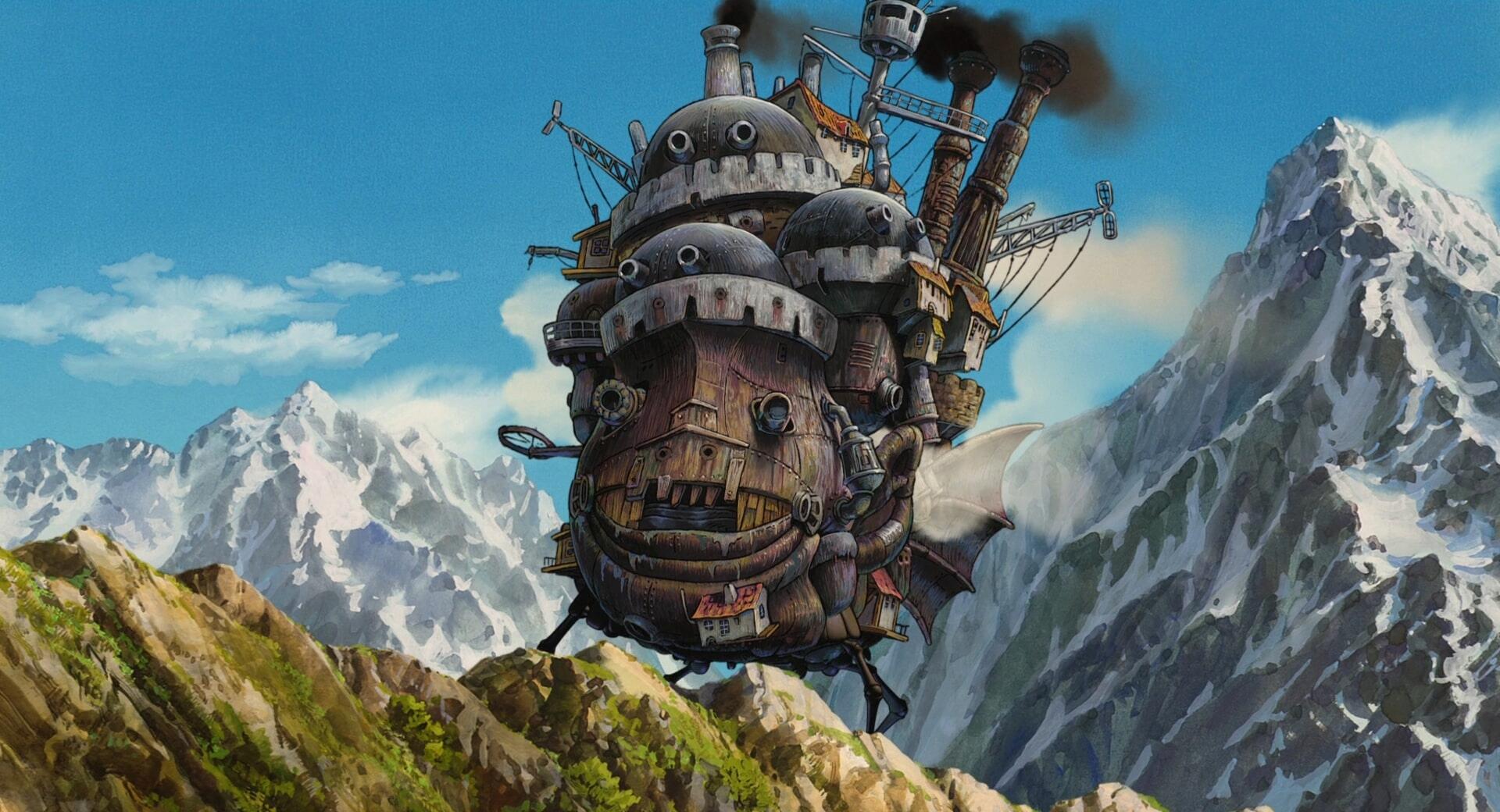 Made in protest against the Iraq War, Howl’s Moving Castle is described by Hayao Miyazaki as his best work. It's a compelling watch, exploring numerous themes including war, madness, dependence and ageing. The protagonist, Sophie, is attacked by a dark witch who takes away her youth, transforming her into an old woman. Determined to reverse the spell, Sophie ventures into the countryside, where she encounters Howl, a magician who lives in a castle. With a violent war raging in the kingdom, Sophie must learn to live inside Howl’s moving castle, where demons and magic lurk. 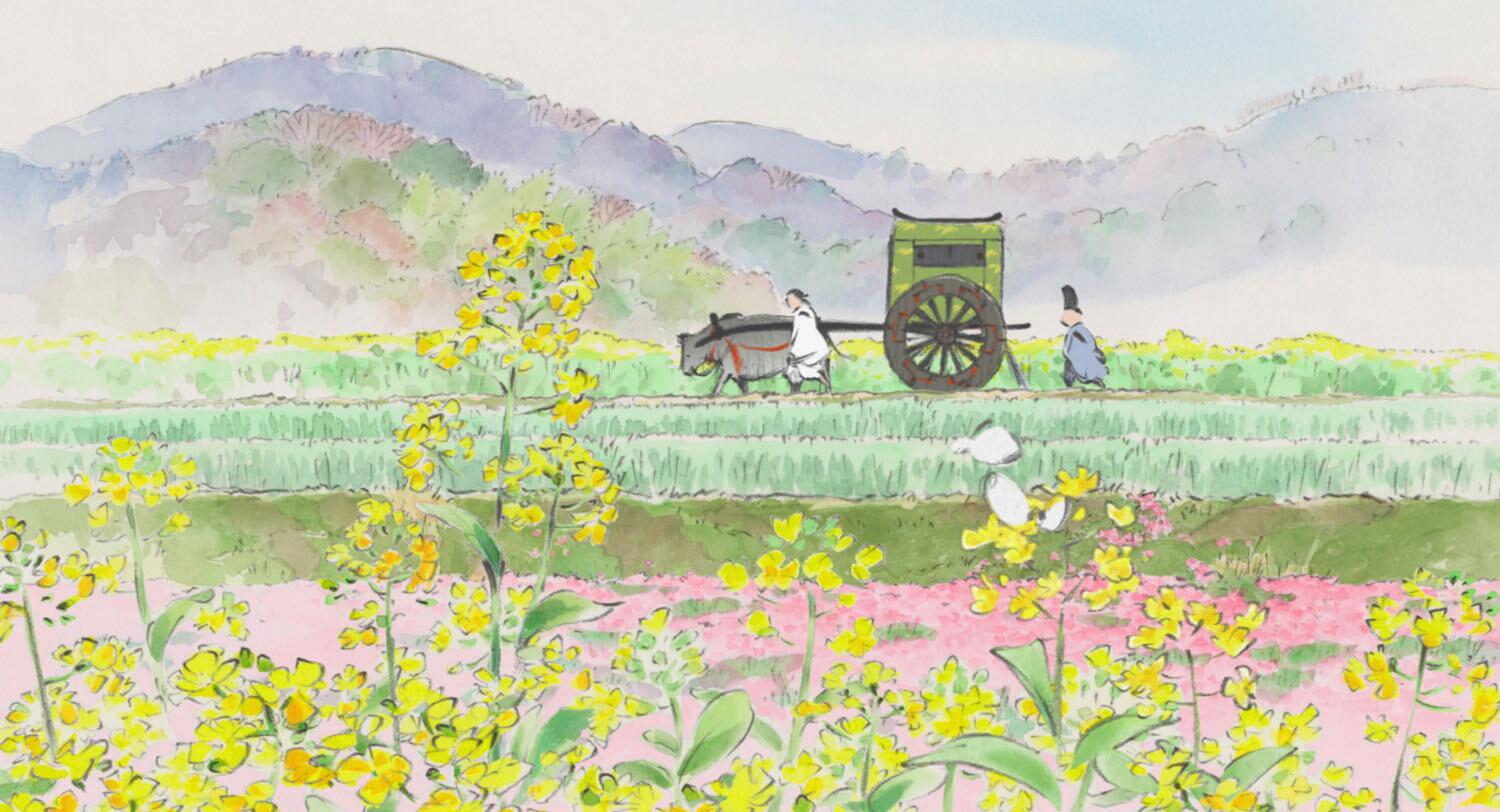 The Tale of the Princess Kaguya (Isao Takahata, 2013)

Among the more artistically experimental of Ghibli’s films, The Tale of the Princess Kaguya enthrals its audience with exquisite visual beauty, while tackling the subject of women’s rights in ancient Japan. The story is based on the well-known Japanese fable of Princess Kaguya, in which a bamboo cutter and his wife discover a beautiful baby in a bamboo shoot and decide to educate her while protecting her from the envy of others. Made entirely with watercolours, each frame is a work of art. Released in parallel with The Wind Rises, it is Takahata’s final piece, and is a truly gorgeous offering of delicate simplicity. 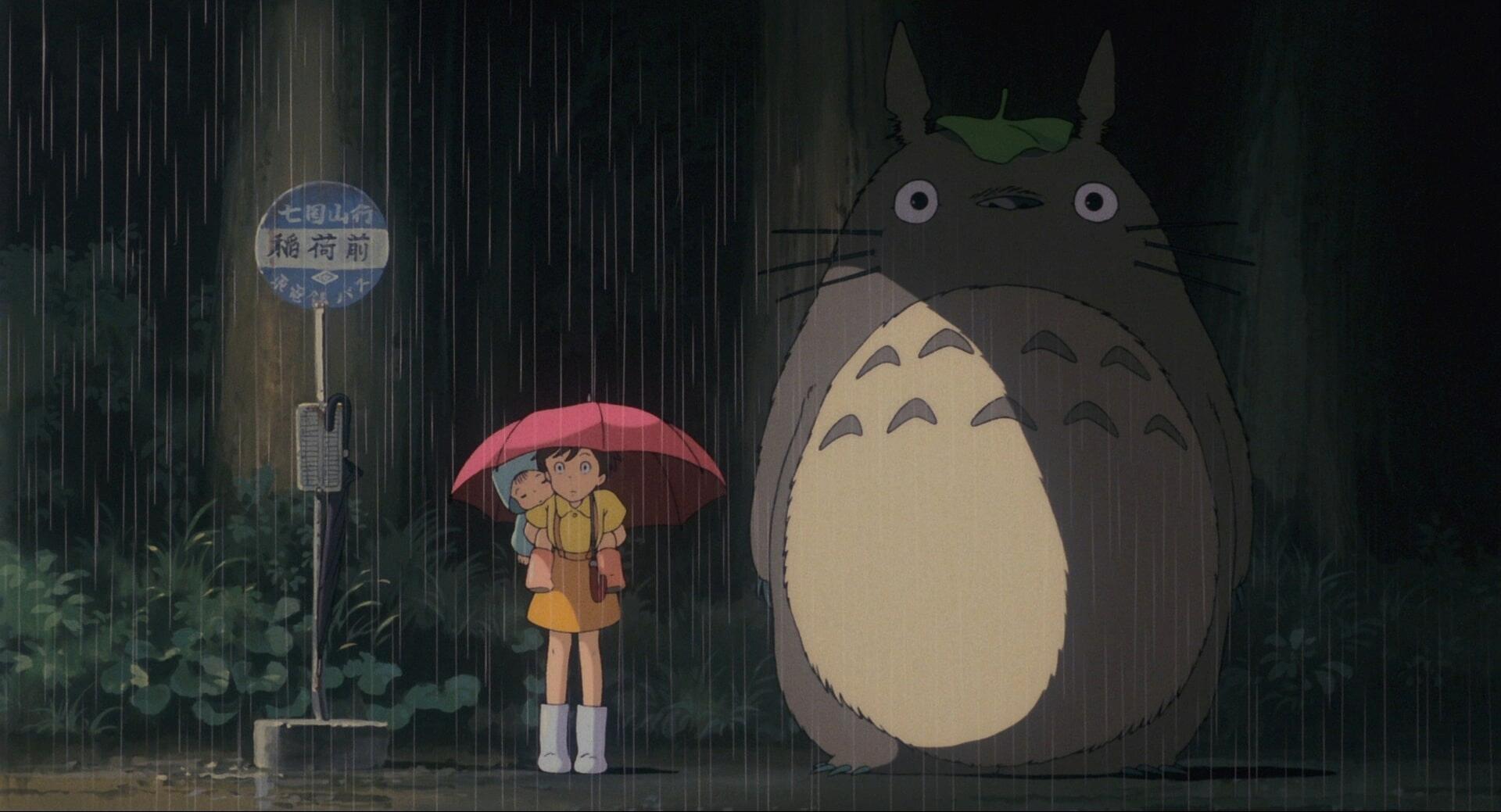 Perhaps the most famous of Miyazaki’s movies, My Neighbor Totoro is, for many, the face of Studio Ghibli and of Japanese anime around the world. An amazingly joyful tale and a family classic, the movie follows a father and his two young daughters who move to an isolated country house deep within Japan. The two sisters encounter a rabbit-like tree spirit, the friendly Totoro, who shows them the beauty and joys of the forest, subtly illustrating how humanity and nature can work together. 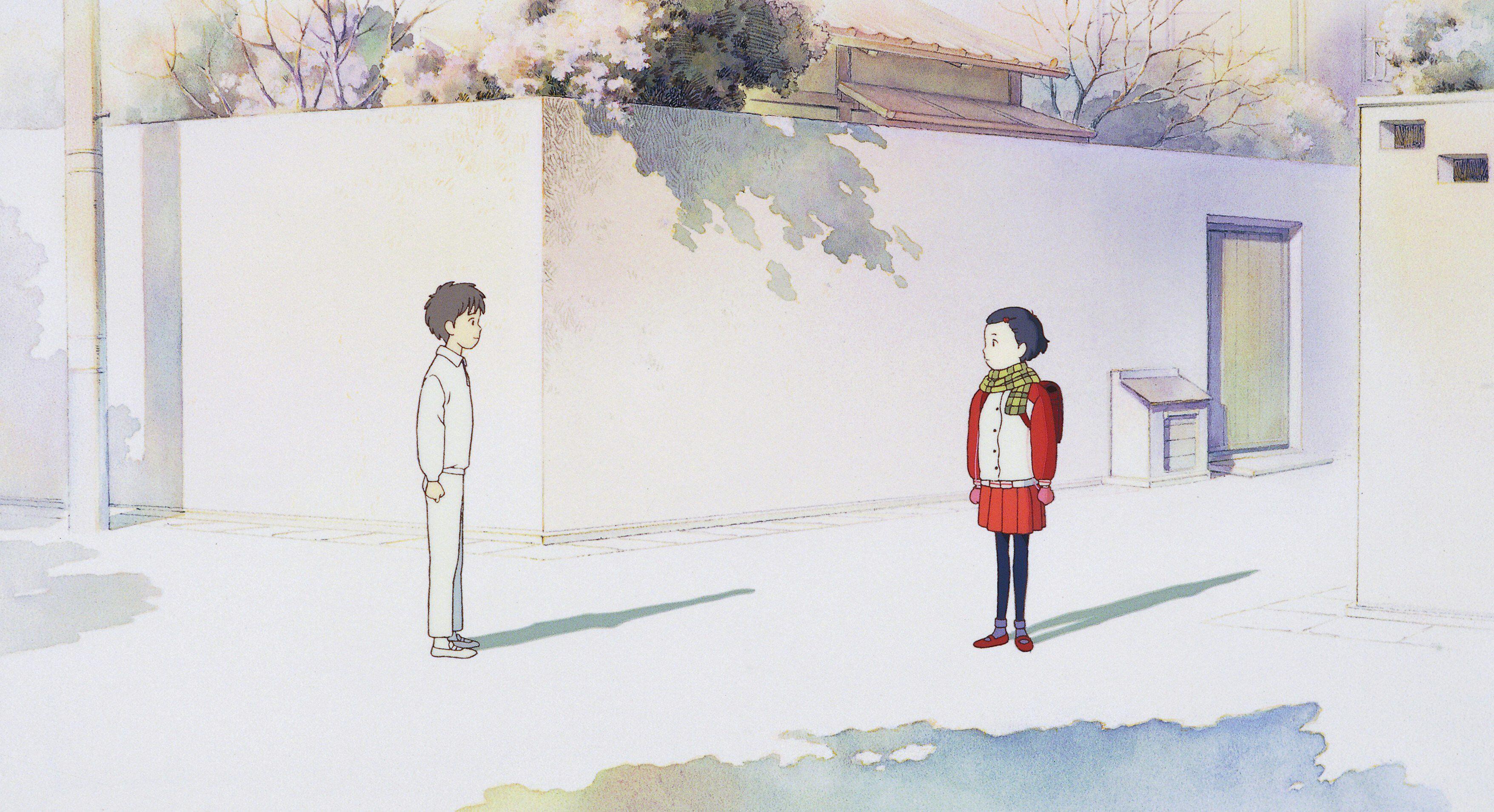 One of the least well-known of the studio's works, Only Yesterday tells the story of Taeko, a 27-year-old woman living in Tokyo who discovers the beauty of the countryside. The movie, which explores the condition of women in modern Japan, is an example of how differently the studio founders Miyazaki and Takahata approach the process of film making. Whereas most of Miyazaki’s films are provocative works of thought and reflection, Takahata’s films are much more gentle and relaxing to watch.

Only Yesterday is the embodiment of Takahata’s style; strikingly beautiful and delicate, yet simultaneously so simple. 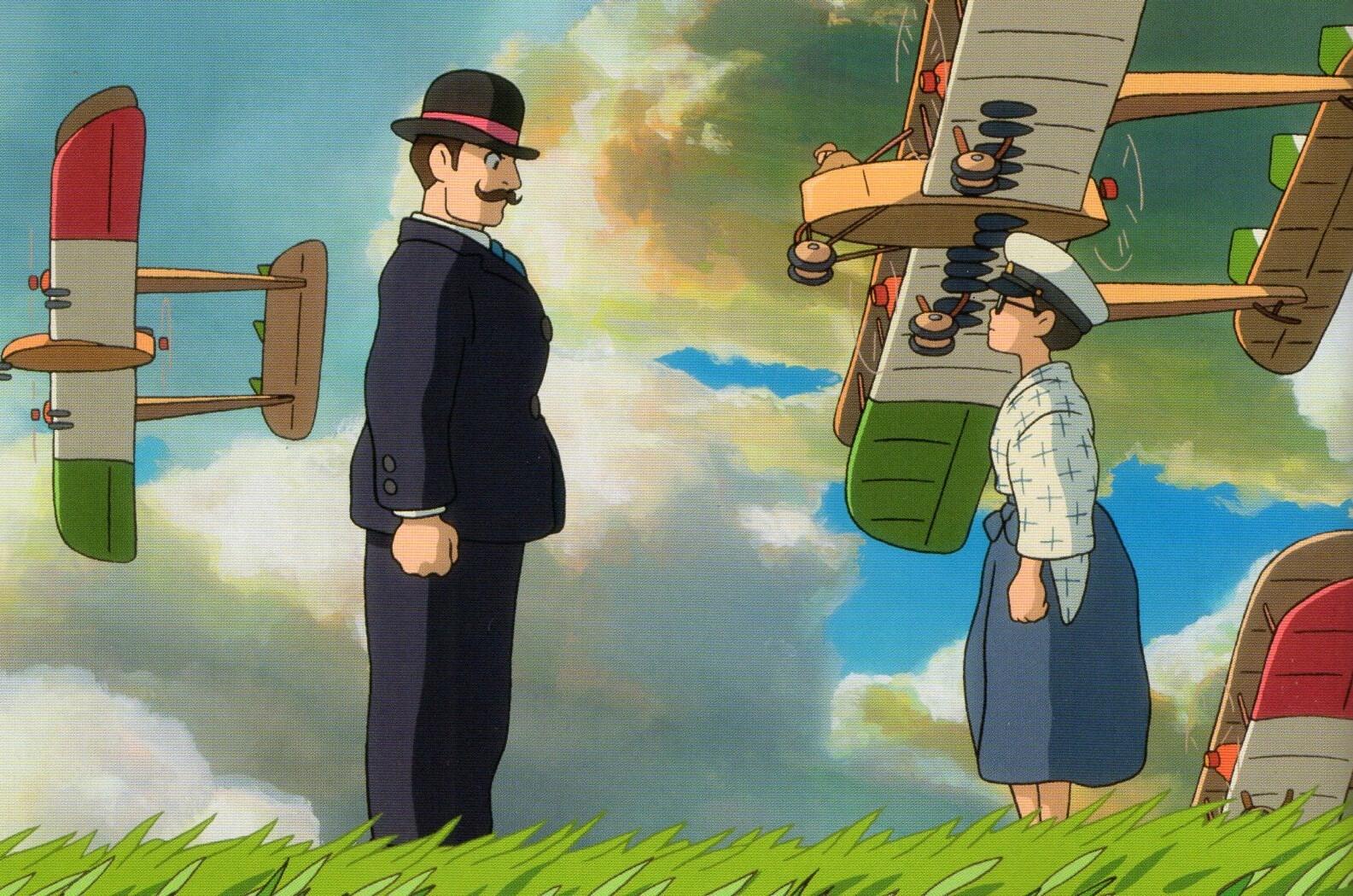 Following the life of Jiro Horikoshi, a famous Japanese warplane designer, The Wind Rises is a stunningly animated movie that offers us a glimpse of the Japanese way of life during WWII. The film was meant to be Hayao Miyazaki’s swansong and on its release in 2013, was viewed as a final bow to his faithful audience. (The animator has in fact come out of retirement since then, to work on a new film for the studio, How Do You Live?, due to be released in 2021/2). A compilation of Miyazaki’s obsessions and ideals, The Wind Rises is best enjoyed after familiarising yourself with the animator's style. 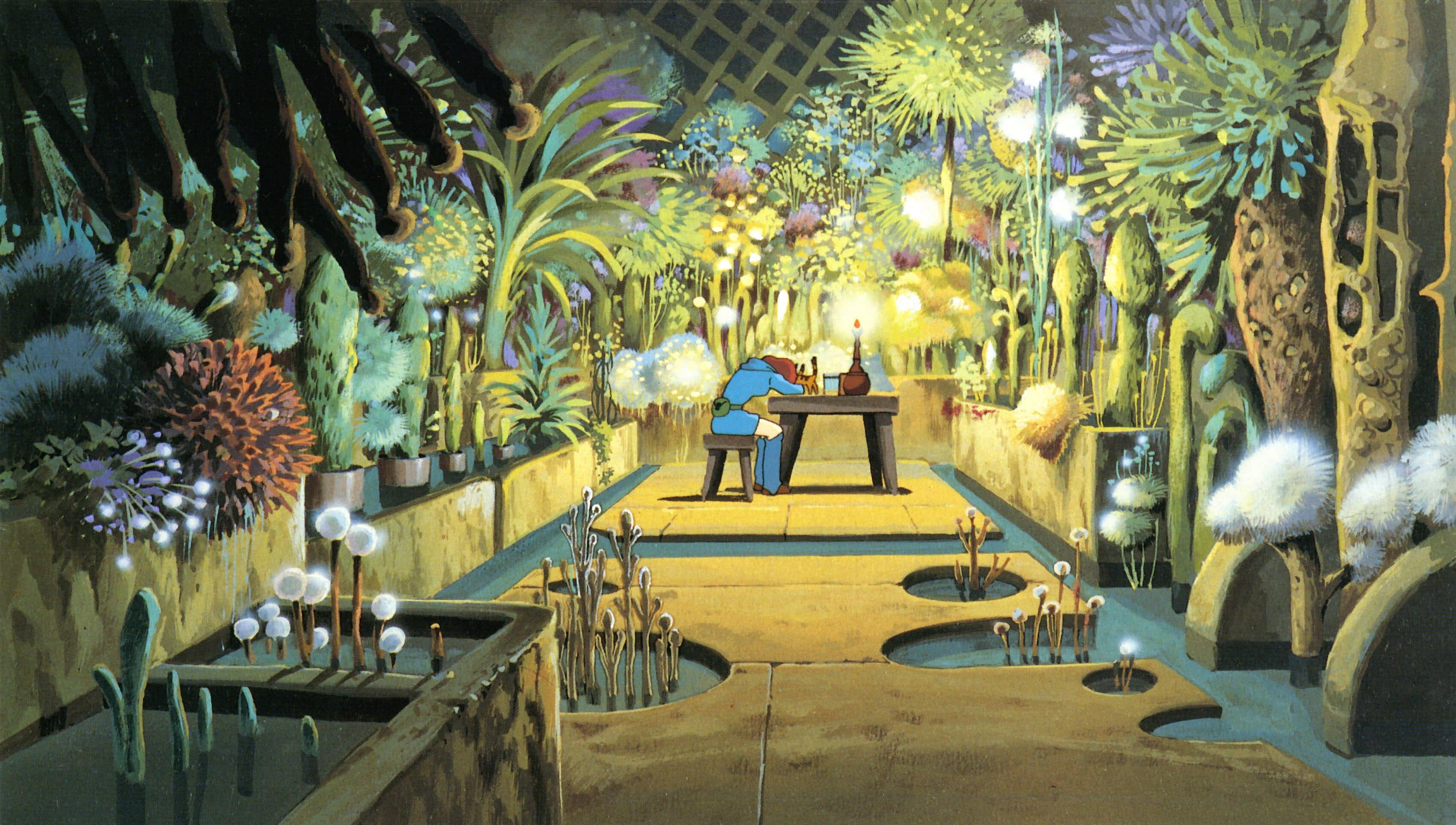 Nausicaa of the Valley of the Wind (Hayao Miyazaki, 1984)

Nausicaa is the princess of the Kingdom of The Valley of the Wind, where she lives in peace with the nature surrounding her. Her life completely changes when she discovers that a neighbouring kingdom seeks to destroy the Poisonous Forest, forcing her to protect it. While officially preceding the creation of Ghibli Studios, Nausicaa of the Valley of the Wind is considered among the studio's repertoire, since its team of creators all joined forces under the studio's umbrella brand the following year.

The film is considered as Princess Mononoke’s predecessor, with its structure, setting and plot line each inspiring the later work. Released in the early 80s, the film is also regarded as early proof of Japanese excellence in animation, and its success was the financial boost that allowed the animators to create Studio Ghibli.

Though the quality of animation does not stand up against the studio's more recent works (due to its tighter budget and the technology available at the time), the historical stature of the movie and its modern plot continue to make it an absolute must-see. 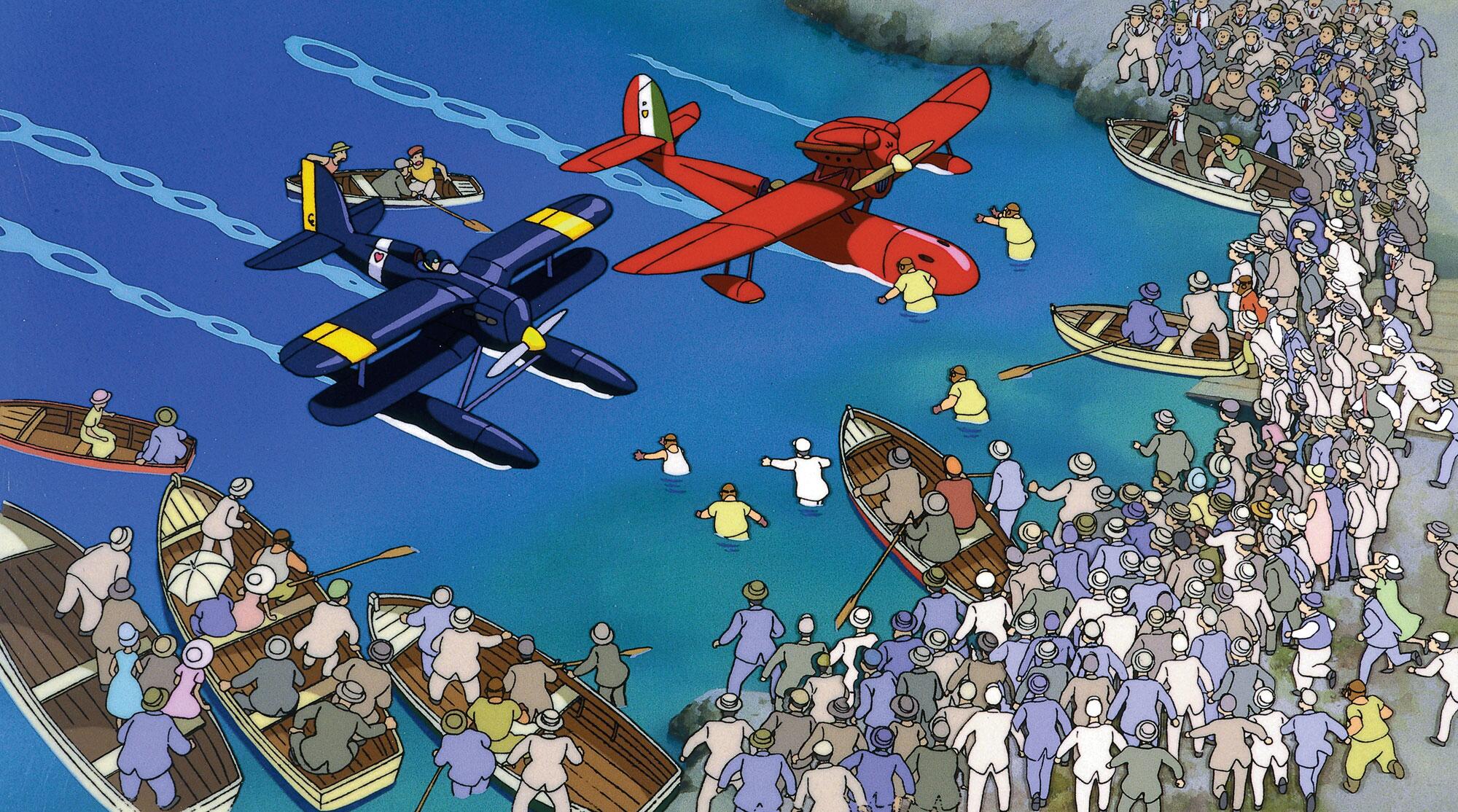 The skilfully styled animations of Porco Rosso illustrate Miyazaki's long-standing obsession with flying machinery, offering us visually stunning dogfights over the Italian coastlines. Marco Pagot is an ex-WWI Italian fighter pilot turned bounty hunter. Soiled by the war and transformed into a human-like pig, he survives by fending off air pirates above the coast of the Adriatic Sea. His encounter with young Fio brings about a change in his old-fashioned attitude, while entangling him in a number of problematic situations.

Miyazaki’s fascination with Italian culture is never more prevalent than it is in Porco Rosso, where beautiful nature and architecture are contrasted against the dark rise of fascism. 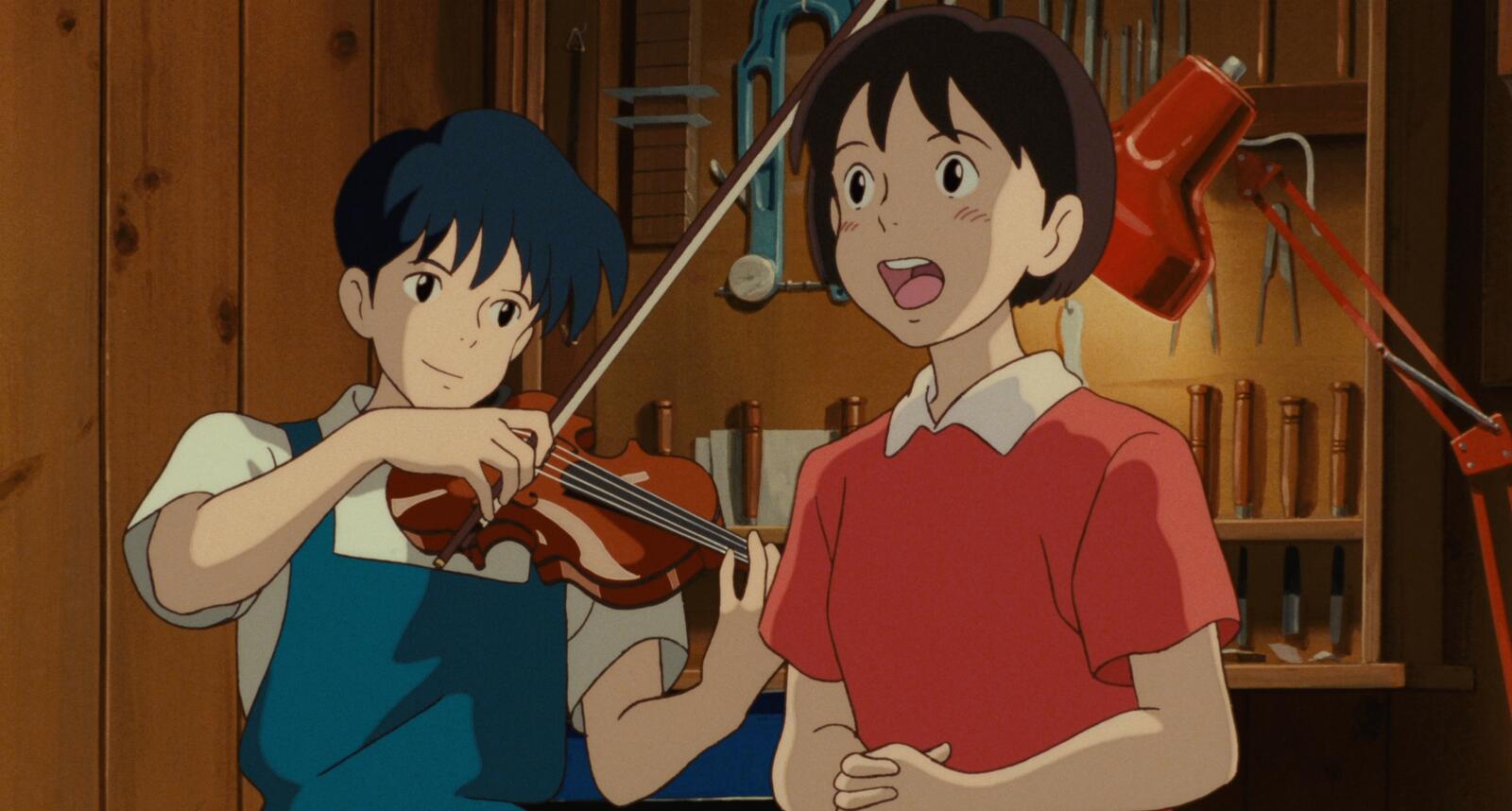 Whisper of the Heart (Yoshifumi Kondo, 1995)

Whisper of the Heart was the first film by Yoshifumi Kondo, who was pitted to become the studio's next great director, but sadly died three years later in 1998.

The story follows a young teenager, Shizuku, who is looking to discover who she really is. It's a charming movie with a simple story, refreshingly slow pace and characters that are deeply explored and likeable. A showcase of Kondo's sensitivity and knowledge of the art of film making – attributes that could have benefited the studio – Whisper of the Heart leaves us to wonder about what could’ve been.