DNA VR is launching a new site in Hammersmith where gamers can walk with dinosaurs, swim with whales or even join Alice in Wonderland

A games arcade pushed to the extreme, between its four free-roaming adventures, DNA VR lets the user navigate worlds of their own making. Whether it's a multiplayer experience for up to four players or a single player game, the choice is entirely yours.

There are over 30 different themes to choose from. Gamers can step into the moon boots of Neil Armstrong and experience landing on the moon, or create spectacular 3D art using tools that appear before your eyes. For a fantastical adventure, head behind the Old Alchemist’s Lab – here, a series of mysteries will lead you into battle with a dragon. Teams can also explore the underworld Temple of Osiris or, if you're feeling particularly brave, roam around the Hospital of Horror. 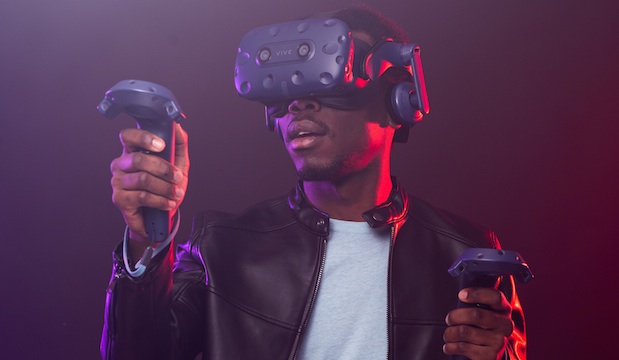 DNA VR has opened a second site in Hammersmith

Boundaries disappear in one of London's most unusual attractions, where you can tailor the entertainment to suit exactly what you're in the mood for. Whichever experience you choose, though, remember: the clock is ticking at all times...

When the games have been completed, why not try one of the DNA VR escape rooms? Up to six people can take the plunge to work against the clock to escape a virtual mine, a world defined by Alice in Wonderland or even an old butcher's shop.