London is officially lit. With the city's streets twinkling once more, we round up the loveliest Christmas light displays to catch this year. 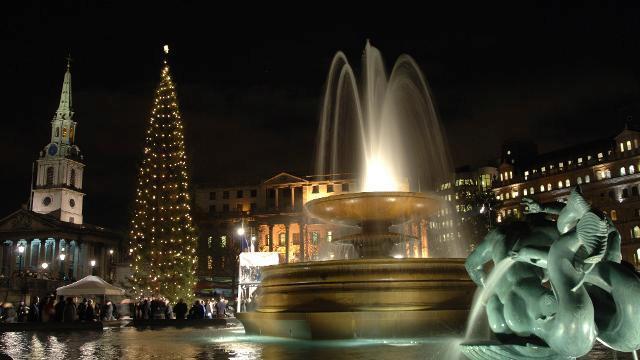 Each December, an 82ft Christmas tree is erected in Trafalgar Square, on which hundreds of lightbulbs glow to mark the festive season. One of the most historically significant public Christmas displays in London, the giant tree is an annual gift to London from the people of Norway in recognition of Britain's support during the Second World War. This year, the all-important light switch on can be watched on YouTube and Facebook. The virtual ceremony also features addresses from the Lord Mayor of Westminster and the Mayor of Oslo, and a performance by the St Martin-in-the-Fields Choir.