Featuring 11 low-energy LED lightworks from 10 international artists, the installations use light, colour and mixed media to explore pressing current issues, with the environment very much at the forefront. And as the exhibition curator, Cedar Lewisohn, notes, the presence of coloured lights in public spaces 'can improve people's wellbeing in the winter months'.

The exhibition also pays homage to crafts such as glass, with the display of works such as Fred Tschida's Frederick Carder Vase Forms, which sees seven neon sculptures rotate and trace a luminous three-dimensional vessel. 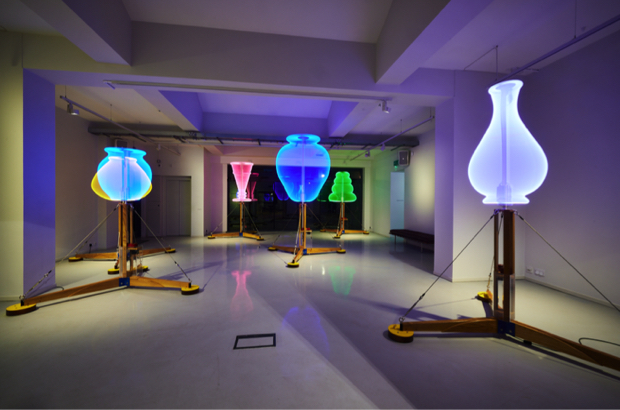 Frederick Carder Vase Forms, Fred Tschida. Photo: David Lindsay
There is humour in some of the pieces, such as Emily Mulenga's Fantasy Star Online, which presents a dream-like journey inspired by video games and interrogates society's increasing consumption of media. 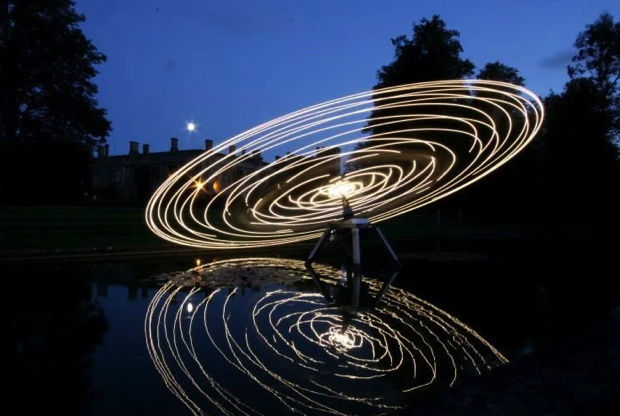 Located on the Riverside Terrace, this is a good example of user-friendly science in action: lit by a single energy-efficient lightbulb, the Sphere is an aluminium geodesic dome attached with acrylic sheets and dichroid film. Dichroid refers to any optical device that can split a beam of light into two, and means that the Sphere changes colour depending on what angle the light comes from. 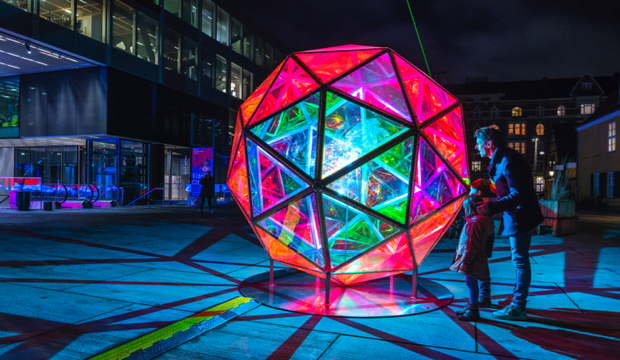 The Queen Elizabeth Hall and the Hayward Gallery again see their façades transformed into a chromatic clock, with the return of David Batchelor's Sixty Minute Spectrum. Beginning each hour as a vivd red, the pyramid rooflights move gradually through the entire spectrum.

These are just some of the works providing the riot of light and colour that animates the Southbank this festive season. For the full immersive experience you must go there in person and, of course, take the children!