Forever Amy is a celebratory retrospective of superstar turned supernova Amy Winehouse's life and music, presented by her original band

1 CW reader is interested
Forever Amy, on Tour Forever Amy, on Tour Hailey Wendling
There have been innumerable tributes to Amy Winehouse since her passing. Her spirit still haunts her home patch, Camden Town. Her life has been celebrated in exhibits and documentaries which focus on the ascent of a young woman from Southgate who became one of the most powerful voices of her generation. Forever Amy offers a retrospective homage to the virtuoso soulstress who captured hearts and imaginations.

Forever Amy is presented by members of her band, including keyboardist Xantoné Blacq, who has also worked alongside Jessie J, Earth Wind and Fire and Nigel Kennedy; guitarist Howie Gondwe who played alongside Winehouse at her first Glastonbury set, and drummer Nathan Allen, who joined the powerhouse vocalist when he was just 21. Jazz artist Alba Plano will be performing vocals in this re-imagining of Amy's live show, which aims to celebrate the artistry of the much-missed phenomenon.

'Amy was amazing,' says Dale Davis, Winehouse's bass player and musical director throughout her career. 'She had such a big heart and if she liked you, you’d feel it. She’d give you everything. Hers is such an important musical legacy, and through Forever Amy we aim to keep it alive throughout the world.'

Forever Amy will be taken on tour across England, focusing on celebrating the singer's incredible talent for creating original, beautiful music, an exceptional gift that made her such an endearing and iconic figure. 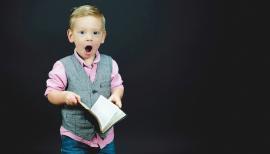