The Velveteen Rabbit, Margery Williams' classic American children's book of the 1920s, is coming to the London stage this Easter

'There once was a velveteen rabbit, and in the beginning he was really splendid. He was fat and bunchy, as a rabbit should be; his coat was spotted brown and white, he had real thread whiskers, and his ears were lined with pink sateen.'

At the Unicorn Theatre in London Bridge this Easter is the timeless, touching story of the Velveteen Rabbit – being brought to life in an enchanting adaptation that will have audiences on the edge of their seats.

Based on Margery Williams' classic American tale, The Velveteen Rabbit is the story of a glorious bunny who appears in a little boy's stocking at Christmas. The rabbit is loved for two hours, then promptly forgotten as the boy plays instead with the vast collection of other toys in the nursery. All the rabbit dreams of is being loved enough to become real – and then one day, it begins to look like his dreams will come true.

A bold and clever moving set conjures up a load of mechanical magic, but it's the three-person cast that really brings to the story to life.

The boy is played by a wide-eyed and adorable Syrus Lowe, but the star of the show is undeniably the rabbit, played by Christian Roe. Calm and mostly silent, Roe knows just how to rankle his nose and twitch his eyebrows in a way that is amazingly like a surprised and curious rabbit.

Some of the best moments are the fight scenes, battles against stormy weather and daring rescue missions that all take place in the imagination of the little boy and his rabbit. Flowerbeds become fortresses, beds become sailing boats and fantasy becomes real.

Be prepared to shed a few tears and fall in love with the Velveteen Rabbit.

The Owl and the Pussycat, Leicester Square Theatre 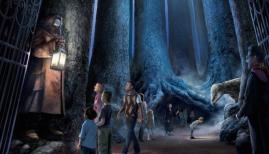 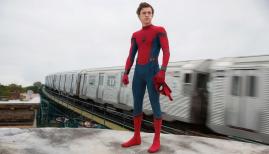