Where to eat in London Bridge: restaurants for your bucket list

With its enticing smells, excitable chatter and steady flow of human traffic, it’s easy to get swept straight into Borough Market within minutes of arriving in London Bridge. Once amid the hustle and bustle, it’s almost inevitable you’ll end up pouncing upon the first stall without a queue, begging its vendor to feed you. But what if you’re after more formal, sit-down fare?

London Bridge is also home to some of the city’s best bricks-and-mortar restaurants, where tables are seriously hot property. This time, we’ve done the hard work for you (if eating at superlative restaurants can even be considered ‘hard work’). Read on to eat out well in London Bridge… 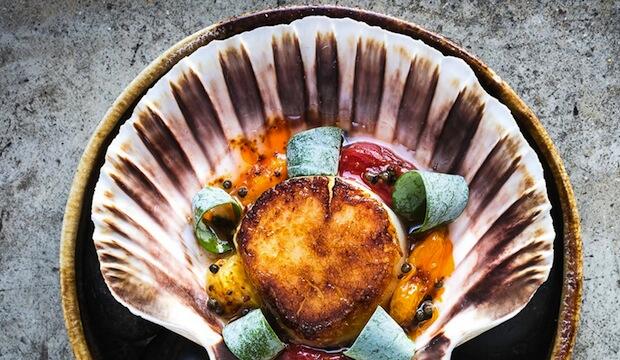 Tom Sellers gained a Michelin star just five months after opening Restaurant Story in Bermondsey in 2013, and he's retained it ever since. Instead of presenting a set menu on arrival, Restaurant Story tailors tasting menus (available in five, seven or nine courses) to diners' personal preferences. It’s truly a one-off, special-occasion restaurant and worthy of its acclaim – we guarantee you'll be blown away. 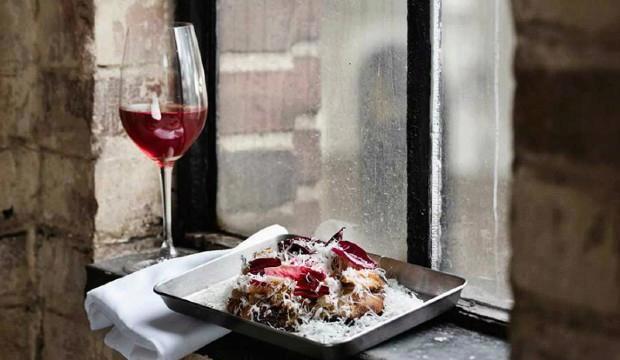 The arrival of Flor in London Bridge last year was greeted with more than a little hype. For one thing, the day-to-night eatery comes from high pedigree. It’s the second endeavour from James Lowe and John Ogier, the duo behind Lyle’s (one of the World’s 50 Best Restaurants, no less). Then there are the terms such as ‘provenance-led cooking’ and ‘accessible wine list’, not to mention the fact the menu takes inspiration – and ingredients – from its famed neighbour, Borough Market, that together cast an irresistible charm.

Inspired by the buvettes of Paris and the pintxos bars in San Sebastián, Flor is the smaller, more laid-back little sister of Shoreditch restaurant Lyle’s. Making its home in a 19th-century building and split across two floors, it’s a cosy, bustling space that fills with chatter, clatter and wonderful smells during its frequent busy periods. Come for a pastry in the morning (or a take-away loaf), or later in the day for a sharing selection of delicate small plates. 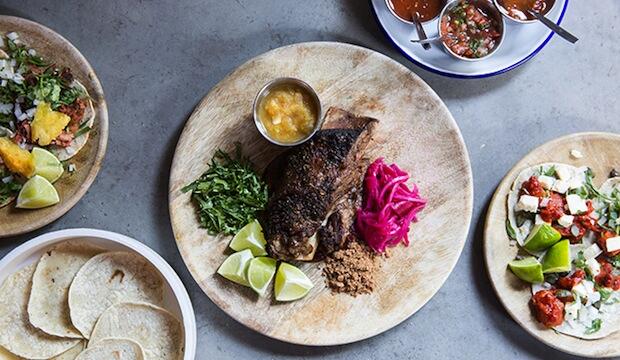 Don’t be deterred by the corrugated-iron walling on your way in, El Pastor is a classy joint (seriously, there’s Aesop soap in the bathrooms). The love child of the Hart Brothers (of Barrafina fame) and Crispin Somerville, El Pastor offers carefully considered, artfully made Mexican dishes and a lengthy tequila and mezcal-based cocktail list (do go off menu and order a mezcal margarita – the core ingredient is brewed in small batches exclusively for the restaurant).

Food-wise, sharing plates and tacos are the order of the day (the Baja fish tacos were a highlight on our visit) but there are also plenty of sides and starters, too. And, as prices tot up quickly here, you’d do well ordering a bowl of frijoles charros (slow-cooked pinto beans and smoked chorizo) to beef (or in this case pork) it all out. 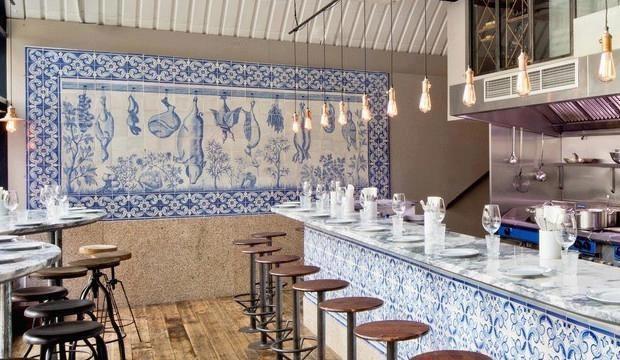 Pocketed in a railway arch beneath London Bridge, Bar Douro is easy to miss. But a peek inside its glass-fronted exterior is all it takes to secure the interest of loitering foodies: a 30-cover marble counter-top dining space is walled in by blue and white tiles that look like they’ve been chiselled straight off the walls of Porto’s São Bento train station. Alone, they're enough to have diners feeling like they’ve landed in Portugal’s second city – and that’s before the exquisite sharing plates and bottles of native wine have arrived.

The small plate-focused menu prides itself on drawing inspiration from the ‘cervejarias and tascas of Lisbon and Porto’, and features mouthwateringly good salt cod fritters, garlic prawns, and a sweeping octopus tentacle among its offering. Whatever you do, don’t leave without giving into the temptation of a pastel de nata with cinnamon ice cream for dessert. 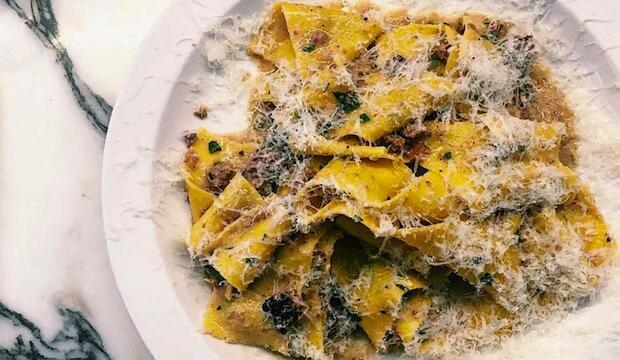 There’s a reason Borough Market’s Padella reigns supreme in the minds of those who have done the rounds of London’s best pasta restaurants (Circolo Popolare, Bancone and Lina Stores included). It’s the same reason a queue continues to snake out of its door every lunchtime and evening, whatever the weather. The truth is, Padella serves the best pasta in London. Fact.

Opened in 2016 by Tim Siadatan and Jordan Frieda, the duo behind Trullo in Islington, Padella became an instant hit, with its ever-changing menu and dishes starting at just £4. Word of its triumph grew from whispers into bellows but still the prices have remained mercifully reasonable and the pasta superlative. But still, the restaurant refuses to take bookings. Our top tip? Join the queue remotely via the WalkIn app. 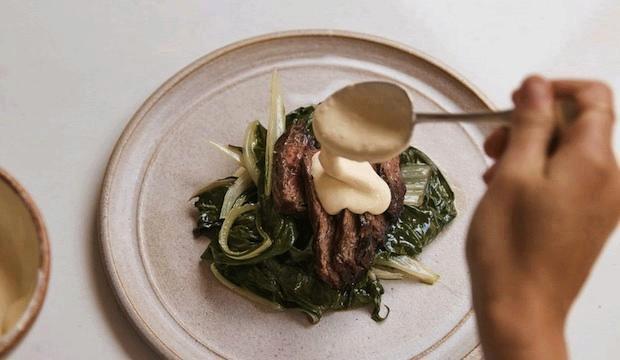 She revolutionised the way we think of porridge with her first restaurant, 26 Grains, and as of late 2019, Alex Hely-Hutchinson has been putting an equally exciting finish on lunch and dinner staples courtesy of her second restaurant, Stoney Street, in the heart of Borough Market. At the helm of the kitchen is Henrietta Inman (of Yardarm in Leyton), who at breakfast cooks up similar porridge and muesli bowls to those loved at Hely-Hutchinson’s first outpost, along with wholesome savoury plates and pastries.

Lunches follow a similarly pared-back approach. Expect small plates such as warm raclette salad as well as heartier, unusual dishes – such as squid, potato and tomato stew. Unlike 26 Grains, which only serves food until 4pm, Stoney Street does dinner, too. Visit then to see the space lit by candles, while British charcuterie and pasta dishes are the order of the day.