Sustainable suppers: why carbon-counting is the biggest food trend of 2021

As food and drink businesses strive to become carbon neutral or even negative, carbon-counting is a trend to embrace this year 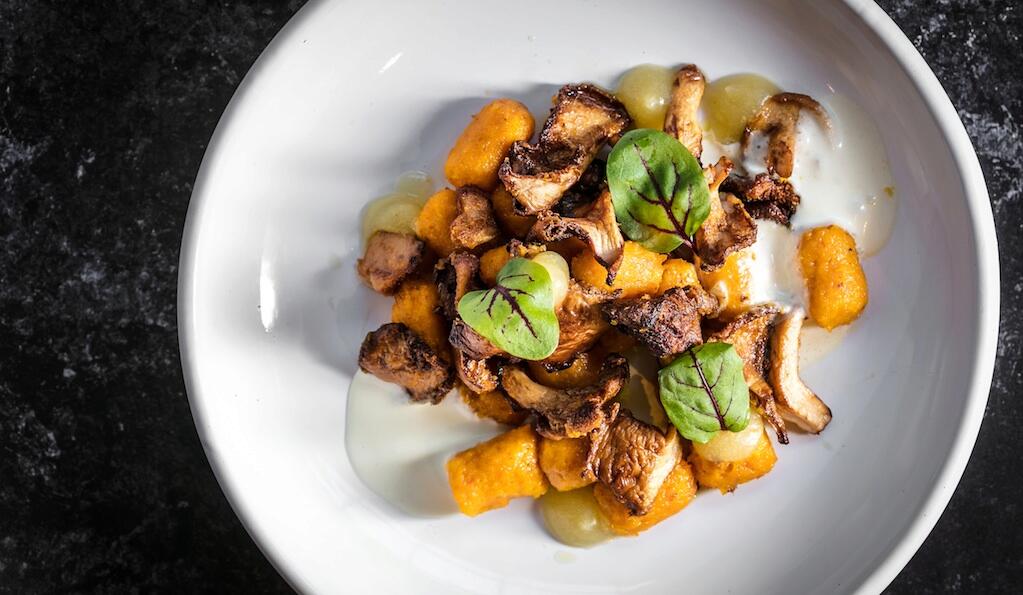 Why 2021 is the year to embrace carbon counting
In the nutritional sense, calorie counting is often linked to having a negative relationship with food. But carbon calorie counting is something entirely different and a whole lot more positive. A carbon footprint is, essentially, the total greenhouse gas emissions caused by an event or action, expressed as carbon dioxide equivalent. While essential to the survival of plants and animals, carbon dioxide in abundance creates additional heat, contributing to global warming. As awareness of the climate crisis has grown, so too has our desire to reduce our carbon footprint where possible.

A growing number of businesses are examining their own carbon footprint, taking responsibility for their impact on the planet and looking for ways to reduce it where possible – even at the expense of slowing down their production line or increasing costs in order to work with more sustainable materials. 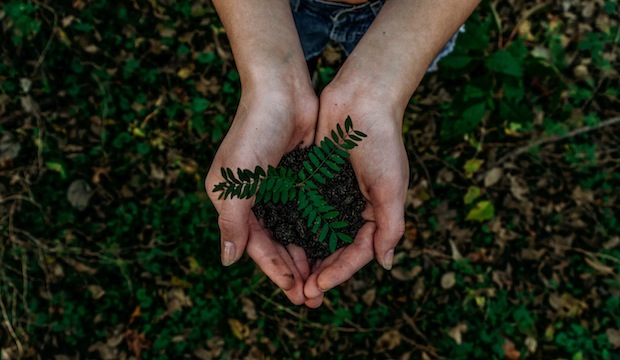 Innovations are rife in the hospitality sector, with restaurants, coffee shops and breweries among the businesses looking to address their carbon footprint to sate the appetites of environmentally-conscious customers.

‘In a recent survey, almost two thirds of consumers told us they would be likely or very likely to choose a restaurant’s most sustainable dish over their regular favourite,’ reveals Juliane Caillouette Noble, managing director of the Sustainable Restaurant Association.

‘Anything that helps engage diners in making more sustainable choices is welcome, and if we are going to achieve net zero by 2050 we all need to be thinking about the emissions cost of our choices,’ she adds, stressing that the onus is on restaurateurs to think carefully about the suppliers they work with and the menus they serve.

With this in mind, it's time to shine a light on the businesses in the food and drink sector that are at the forefront of the carbon-counting movement… 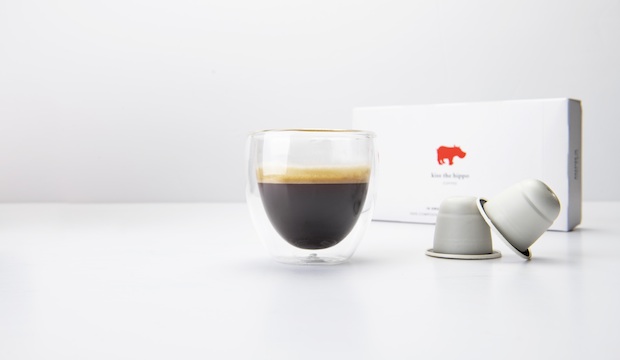 ‘Since establishment in June 2018, sustainability has always been at the heart of every decision we make, day in and day out,’ says Maya Zara, creative director of Kiss the Hippo. For starters, the coffee used is ethically sourced, then roasted in what Zara describes as ‘the world’s most environmentally friendly roasting machine’, the Loring, at the company’s Soil Association Organic Certified Roastery in Richmond. 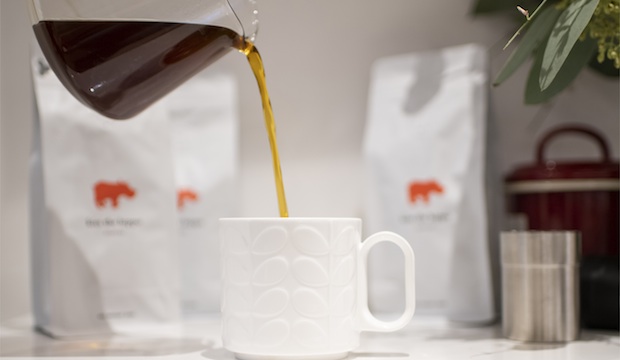 Becoming carbon neutral isn’t without its challenges. ‘In the implementation process there are difficulties and extra prices to be paid,’ Zara admits. ‘However, we believe that the difficult processes are worth the positive impact we create at the end of the day. Making the switch is the most challenging part, after that the operations become easier to manage.’

Innovations don’t stop there, either. Kiss the Hippo has recently partnered with reforestation-focused charity On a Mission, and has pledged to plant a tree in Nepal for every new coffee pod subscription registered. And, having achieved the goal of becoming carbon neutral, the team are aiming to make Kiss the Hippo carbon positive – running the business in a way that actively benefits the environment – in 2021. 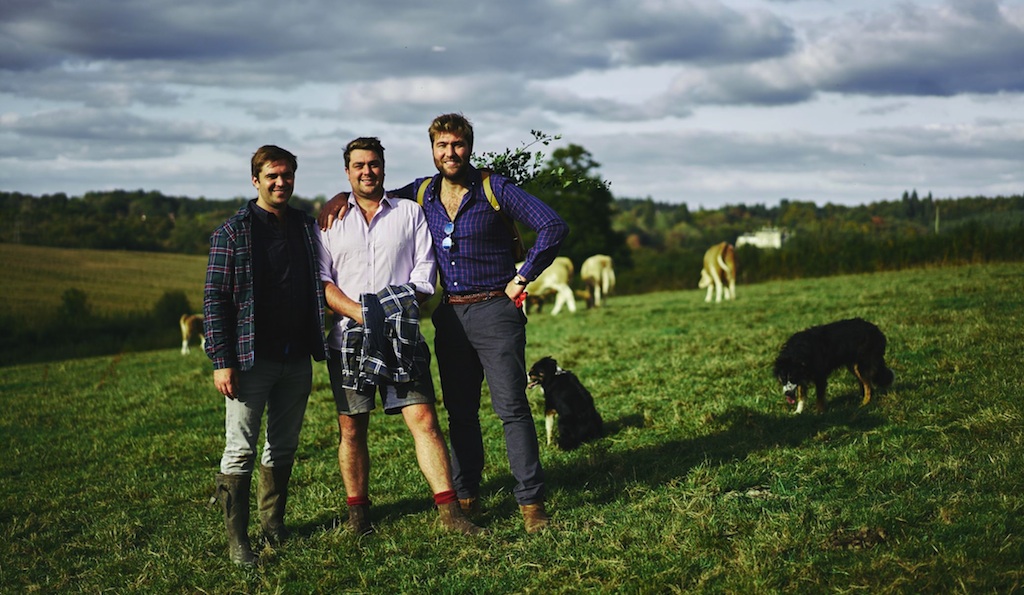 Oliver, Richard and Gregory Gladwin – known collectively as the Gladwin Brothers – are the restaurateurs behind London’s quartet of rustic, farm-to-fork restaurants The Shed, Rabbit, Nutbourne and Sussex. At each of the restaurants, the brothers serve produce grown or reared on the family’s farm in Nutbourne, West Sussex.

Vexed by the fact that, currently, all beef reared and sold for consumption is brandished with the same carbon number – regardless of whether it was reared sustainably in the UK, or unsustainably in South America – the brothers are working with the Sustainable Restaurant Association to conduct pioneering research into calculating the real carbon calories of their livestock. 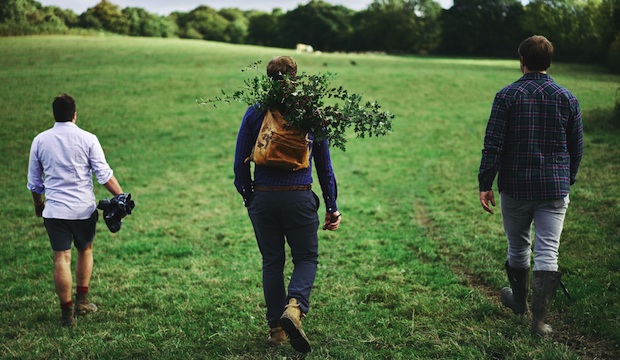 ‘At the moment, carbon calorie counting takes place on a really large scale and [in the eyes of the market] beef has just one number, which doesn’t take into account whether you’re working with pasture-fed, Sussex-reared beef, or a cow from Brazil,’ explains Richard Gladwin, adding that a cow’s diet is one of the most significant factors contributing to its overall carbon count.

As a pasture-raising farmer, Richard’s brother Gregory is concerned the current figures reported for cattle rearing fail to represent farming methods like his, which are actually carbon positive. ‘It’s differentiating between different types of beef and acknowledging that many factors contribute to a cow’s carbon calorie count,’ says Richard.

‘If you’re using the whole cow, your carbon count is very different than if you’re getting fillet steaks in the supermarket,’ he continues. 'Take beef fillet, there are 28 portions on each cow – you could sell that in a night,’ he says, pointing out that if you use all the different cuts on an animal, it goes much further and is therefore more sustainable. 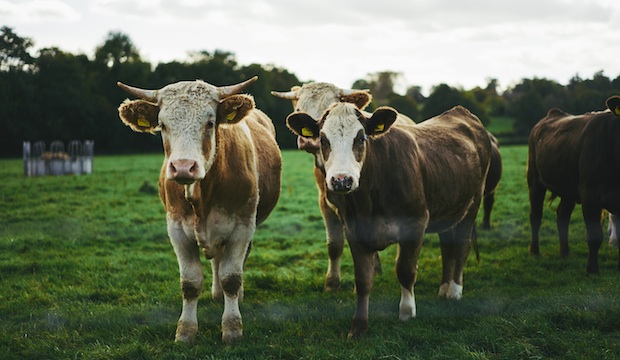 Using a single cow from the farm – monitoring its diet, weighing it and then recording every dish served using its produce – the brothers hope to be able to record an accurate carbon count for the cattle they rear. ‘It’s complex maths and we haven’t had the figures back yet,’ admits Richard, but he’s confident the outcome will shine a positive light on their methods of farming, which he hopes will inspire other beef farmers to follow suit.

In the long run, Richard hopes that now we’re ‘computing food into numbers’, restaurant menus and supermarket packaging will begin to detail the carbon calories of specific items, as they do for nutritional calories. This, he says, will inspire and enable consumers to make a choice about the meat they consume. 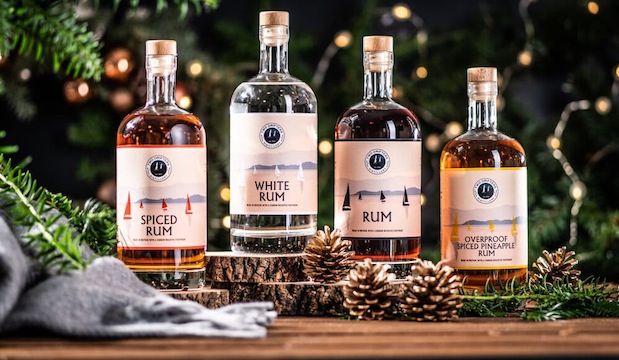 In 2019, husband and wife team Gemma and Russ Wakeham launched Exeter-based vegan brand Two Drifters as both a brewery and rum distillery. What set the business apart from its industry predecessors was the fact the entire process was carbon negative. ‘By this we mean we offset more than all the associated CO2 emissions we calculate to make our products,’ commented Gemma Wakeham in an interview with Business Live.

The inspiration came from Russ’s firm belief that CO2 should be considered a waste product – one that, if made, needs to be cleaned up.

The couple have since dropped the brewery arm of the business to focus their energies entirely on rum, making 1,800 bottles a week by fermenting 100% molasses and distilling it in their bespoke warehouse near Exeter Airport.

And they’re confident there’s a market for sustainably made spirits. In their own words: ‘Now, more than ever, consumers are looking for provenance, transparency and quality in what they spend their hard-earned money on.’ 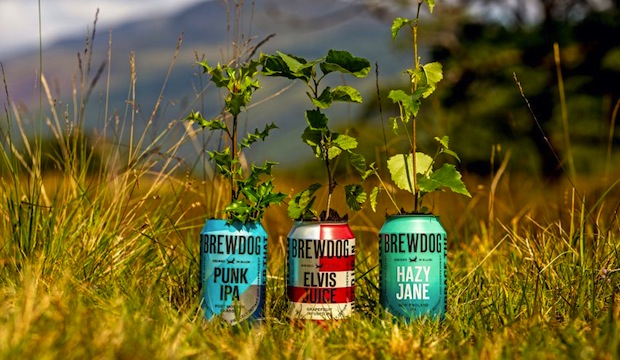 BrewDog has pledged to be carbon negative by 2022

While Two Drifters no longer operates as a brewery, several other beer labels have taken on the carbon-counting cause, including Scottish-born BrewDog, which has pledged to become carbon negative by 2022.

As part of its efforts, BrewDog – which exports its beers to 60 countries around the world – has reportedly purchased a 2,050-acre site in the Scottish Highlands and plans to plant one million trees there in a bid to offset its carbon footprint.

It's still early days for the practice of carbon-counting. But with pioneering food and drink businesses ploughing the way towards a brighter, greener future, the trend looks set to be the topic of many a positive news story this year.