The best takeaways in London 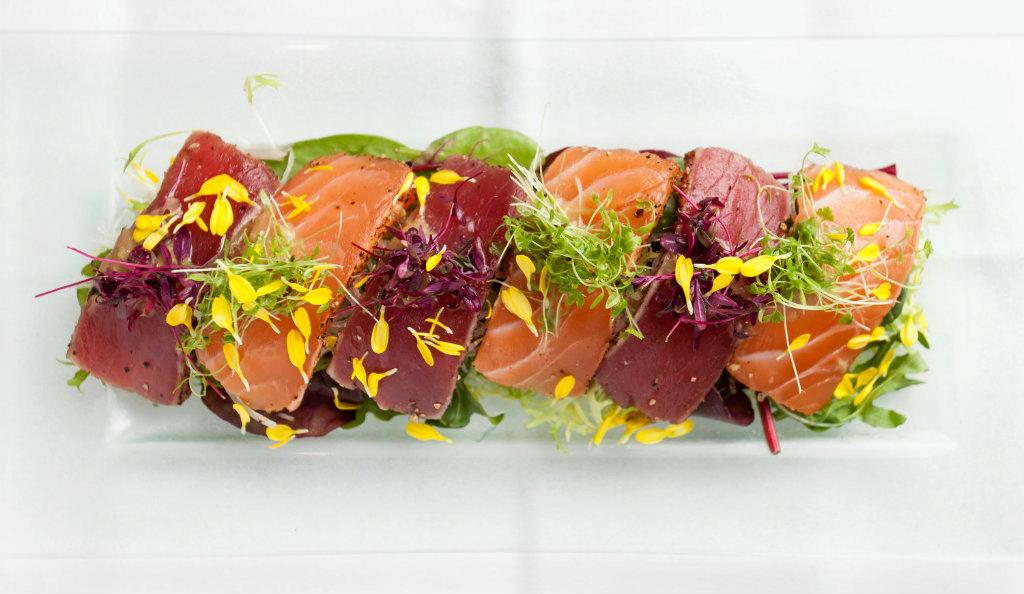 From bao and burgers to cerviche and sushi: London's best takeaways
Staying in doesn't mean dull food. As coronavirus brings the prospect of social distancing and self isolation, Londoners could be spending more time than anticipated at home. But that doesn't mean a diet of baked beans on toast. Our trusty food delivery services are equipped for the challenge, with extra stringent measures to avoid contamination, and even the option of 'contact free' delivery where the package is left on your doorstep.

Whether you’re using JustEat, Deliveroo or Uber Eats, getting dishes from the best restaurants in London delivered to your door is easier than ever. But to save you from swiping through yet another food delivery app, we’ve sorted through a host of gourmet options to pick out London’s best takeaway. 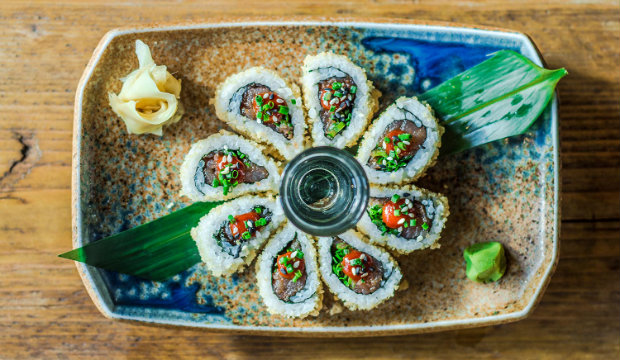 Tsunami
Known among locals as the Nobu of South London, this high end Japanese isn’t exactly a cheap Tuesday night takeout option but if you don’t mind splashing the cash, it’s a lot less effort than schlepping to Mayfair for some miso black cod — and just as tasty. We love the yellowtail jalapeño sashimi, seaweed and samphire salad and dynamite rib eye beef.

Kurobuta
Among stiff competition, many believe this place to be the best takeaway in Chelsea (there’s also a Marble Arch branch). Admittedly you can’t be a purist: while you’ll find spicy tuna rolls and miso baked aubergine, among the small, and quirky, dishes, you’ll also stumble across as shrimp tempura with kimchee, and tuna sashimi pizza — perfect for when you want your Japanese takeaway with a twist.

Atari-ya
Constantly topping London’s best sushi lists, these sushi bars owned by a fish wholesaler aren’t necessarily the most luxurious of eating experiences, but the quality of what they serve is outstanding, making them the perfect takeaway. You’ll have to live in or around Ealing, Swiss Cottage, Golders Green or Marylebone, but frankly their sushi is so good, it’s almost worth moving for. 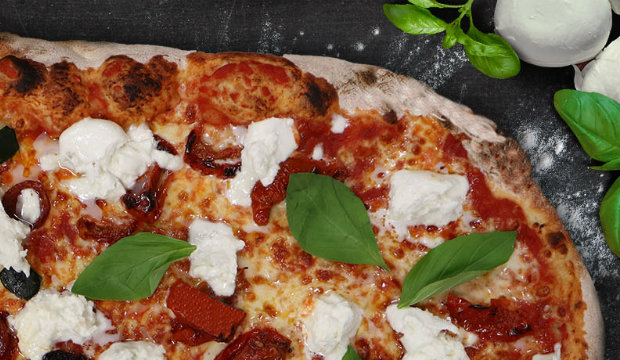 Firezza
Back in the dark days when pizza delivery meant Domino’s, Firezza was a shining beacon of gourmet takeaway. The thin and crispy pizza comes by the metre, with a variety of delicious mediterranean style toppings (no deep pan American Hots here). And as they’ve expanded (to sites across London), Firezza has kept pace with modern tastes: the gluten-free pizza dough is especially impressive and you have the option to upgrade mozzarella to a buffalo mozzarella that's so good they fly it in daily from Italy.

Pizza Pilgrims
With restaurants scattered around town you’re likely to be within delivering distance of one of these spots that celebrate Neapolitan pizza – 'bready, chewy, flavoursome and with a hint of char.' There’s a range of toppings to suit all tastes – including the cheese-free Marinara for vegans, and a Nutella Pizza Ring for the sweet-toothed.

Santa Maria
For years it was just Ealing residents who had London’s best pizza on their doorstep, but recent expansion into Chelsea and Fitzrovia, and a tie-up with Deliveroo means that these sainted pizzas, which all come with extra virgin olive oil and fresh basil, are available to a far wider audience. 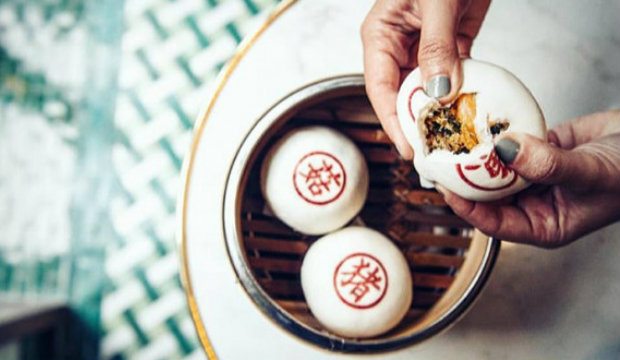 The Good Earth
The best Chinese takeaway in London? Undoubtedly that will be hotly debated, but there’s no denying the longevity of this place. For more than three decades Londoners have relied on The Good Earth for a traditional Chinese dishes done right. From Richmond and Wimbledon to West Hampstead, if you want aromatic crispy duck, or chicken with ginger and spring onions, this is the place to go.

Bun House & Tea Room
Just north of Chinatown, this Soho bun shop has quickly become a local favourite with its short menu of five savoury buns, or bao, and two sweet ones. There’s a minimum order of four buns for delivery, so you might as well order the lot — the ultimate in comfort food, and no hanging around waiting for a table, or queuing to order. The best of all worlds. 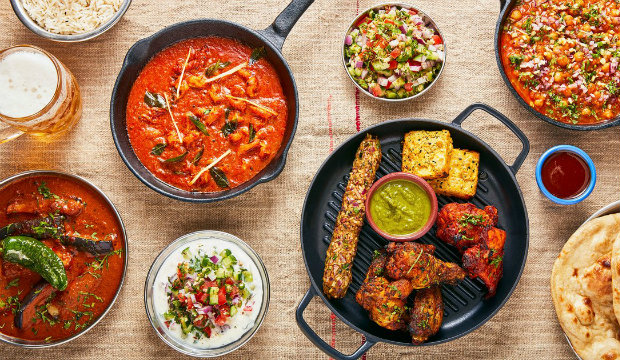 Motu Indian Kitchen
The Sethi family are widely hailed as producing some of the best curry in London. They’re the people behind Gymkhana and Trishna, and also behind delivery-only company, Motu Indian Kitchen. Working with Deliveroo in Battersea, Canary Wharf, Islington and Swiss Cottage, they’ve got much of the city covered. Rather than poring through the whole menu, choose one of their full meal Feast Boxes instead.

Cinnamon Kitchen
Sadly you can’t get delivery from Vivek Singh’s flagship Cinnamon Club restaurant in Westminster, or the City branch of his more casual Cinnamon Kitchen, but south Londoners rejoice, because the Battersea Power Station outpost does deliver a selection of modern Indian dishes with British influences. A cut above your usual cuzza, think ceviche of black bream, prawns with a coriander and garlic crust, and Iberico pork presa.

Zaika
Tamarind was London’s first Indian restaurant to get a Michelin star, and although they don’t do takeaway, their sister restaurant in Kensington does. Expect a range of kebabs and curries from the north of India – and don’t miss the trio starters for a selection of what the place has to offer. 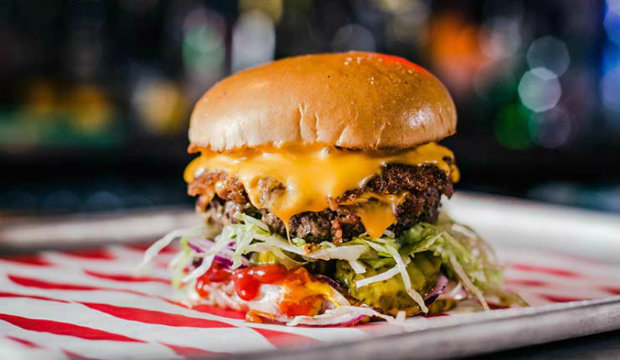 Five Guys
There’s a reason why the cheeseburger from this ever-growing American import has topped Deliveroo’s international list of its most-ordered items for two years in a row. Because when you’re hungover, craving a burger, or simply need a sofa picnic for movie night in, these guys – offering up to 15 toppings for no extra cost – are hard to beat.

MeatLiquor
The mini chain that kickstarted London’s love affair with the dirty burger is very particular about their deliveries. Even though their restaurants work with Deliveroo, they stopped their partnership with Deliveroo Editions (standalone kitchens that send out branded food even when there are no restaurants locally) as they worried customers weren’t getting the quality they should, and they also won’t let you order fries for delivery as they don’t travel well. Instead they offer hash browns with their much-loved Dead Hippie burger.

Mother Clucker
While not strictly a burger — will you let us have chicken burger? — these deep fried chicken specialists earned their place on our list thanks to their Cluck Bun. The buttermilk fried chicken is served in a brioche bun and available for delivery from a number of locations around town, including Battersea and Whitechapel.