Oysters are gastronomically hot news: Mirazur on the French Riviera – the new number one in The World’s 50 Best Restaurant listing – has oysters with tapioca, shallot cream and pear as its signature dish. 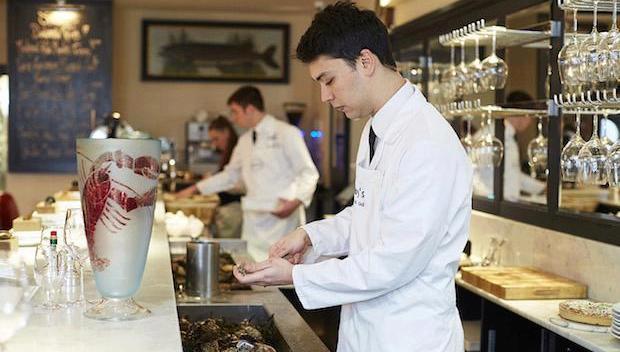 Bentley’s is a veritable London institution. It has been serving oysters since 1916 and is now thriving under Irish chef-restaurateur Richard Corrigan's ownership. Perch at the counter and revel in a superb choice of oysters prepared by some of the best shuckers in the world. The selection is likely to include oysters from Dorset, Menai and Jersey. The reigning 2018 UK oyster shucking champion is Bentley's Milanese-born Federico Fiorelli who works behind the bar. He shucked 30 oysters perfectly in 3 minutes 19 seconds. Though speed isn't everything, he says, oyster shucking is all about finesse.

There are regular oyster masterclasses: the next is on 21 September to mark the start of the native season. Tastings include rock, native, dressed and cooked oysters, a glass of champagne and glass of Picpoul and a goody bag with an oyster knife and Richard Corrigan recipes, as well as lots of history and advice on how to shuck like a professional. Cost £65.

Pre and post-theatre, there's a £28.50 menu offering exceptional value, (oysters, however, are extra). 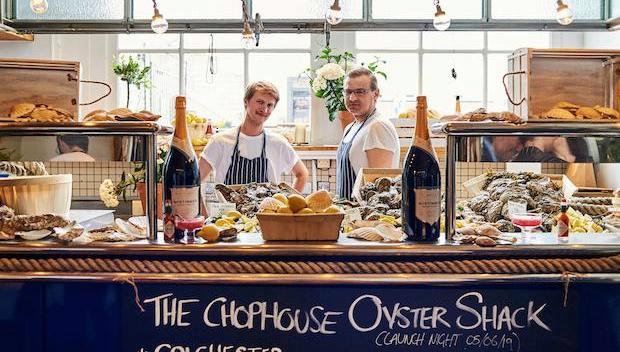 The pop-up oyster shack overlooking the Thames at Butler's Wharf Chop House is a must for oyster fiends. Expect an excellent oyster choice from Colchester natives to Carlingford's from Ireland. All shucked before you at impressive speed with plenty of oyster chat and knowhow dispensed by the oyster-obsessed team. Look out for workshops and special dinners, too.

Half a dozen oysters and a glass of Nyetimber cost £15. 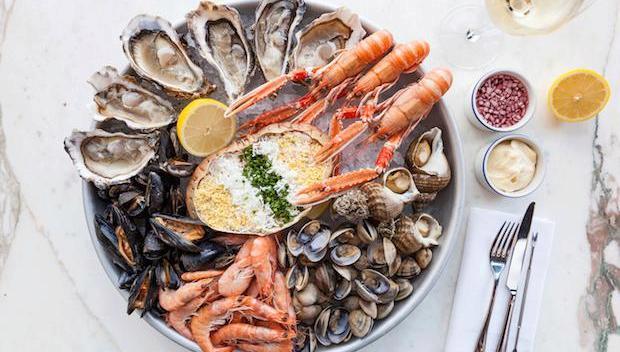 The Wright Brothers launched their business supplying oysters, such as French 'fines de claires', hitherto barely known outside France, to London's best restaurants. The restaurant clients who buy their oysters remain a who's who of discerning, seafood-savvy chefs including huge fan Mark Hix.

Their five restaurants in Carnaby Street, Borough Market, Spitalfields, South Kensington and Battersea all major in seafood, and especially oysters and spectacular seafood platters. Those not obsessed with oysters can order Brixham fish soup, cuttlefish croquettes and grilled Brixham plaice and chips.

The Wright Brothers' two-hour oyster masterclasses offer an impressive insight into the world of oysters: some history and dispelling of oyster myths, the health benefits, how to open oysters safely, what to drink with oysters and plenty of oyster tasting around the British Isles and France, including dressed and undressed, raw and cooked oysters. Ten oysters and a glass of champagne, plus goody bag, will set you back £65. 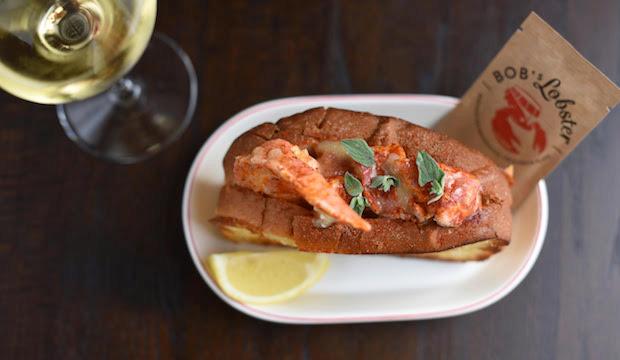 It’s the shiny red vintage VW camper that draws attention at relative newcomer Bob’s Lobster between The Shard and Bermondsey Street. Bob started out with a VW selling lobster mac and cheese (still on the menu) as a street food vendor, before transforming Borough’s Bedales wine shop/bar and opening this very happy retro diner. Fans of West Mersea oysters can sample a combination of raw, straight up, lean and briny molluscs with the superlative panko crumb fried oysters served wrapped in a shiso leaf. Better still, they come accompanied by an outstanding Bloody Mary pepped with Old Bay spice and horseradish.

Fish is zingy fresh here, whether it's the dramatically served tuna tacos, crab stack with tuna sashimi, avocado and mango salsa or the decadent buttery lobster and crayfish brioche buns, heavy on fish and light on mayo.

There’s an interesting wine list and plenty of advice on what to pair with oysters from different origins. Happy Oyster Hour happens Monday to Saturday from 4pm to 6pm (4.30pm Mon) when oysters are £1 each with a glass of wine. 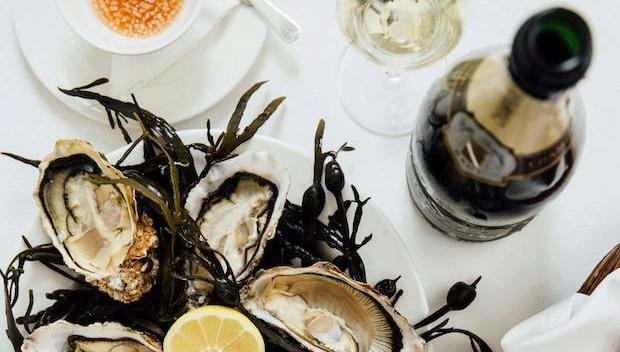 Jeremy Lee, chef-raconteur of Soho's iconic Quo Vadis, absolutely adores oysters. He's particularly keen on Carlingford oysters, which are briney and meaty and 'full on' in flavour, with a pleasing almond sweetness to their finish. A cheeky half a dozen, while sitting outside watching the Soho high and lowlife promenade, has to be one of London's best, simplest pleasures. 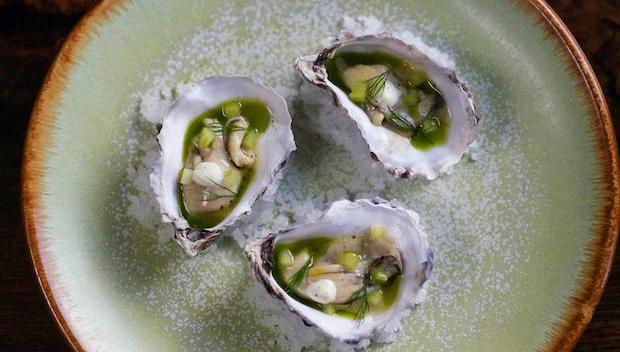 Hackney Wick is not the most obvious place for a fish-centric restaurant, yet it has become a much-talked about destination thanks to chef Tom Brown's culinary heft.

Tom trained with Nathan Outlaw (who has just opened Siren at The Goring Hotel) on the Cornish coast at his flagship restaurant. Tom knows how to treat fish with wit, respect and creativity. His “pickled” oysters wallow in a fresh herby liquor with tiny cubes of celery and an artful smear of horseradish. They're divine. The lush potted shrimp crumpet is a must too. 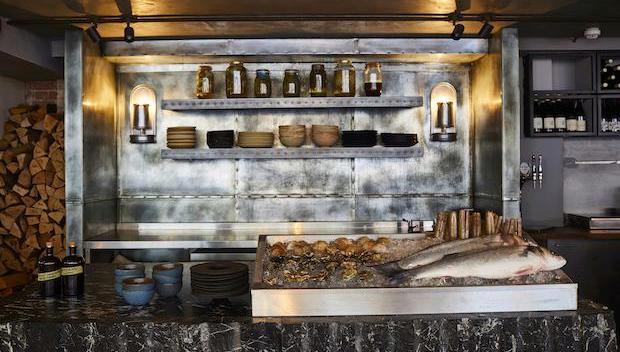 Pretty much every ingredient hits the grill at Andrew Clarke (yes, he really is also a rock guitarist) and Jackson Boxer's bold Shoreditch eatery.

Oysters are no exception and stand up amazingly well to being swathed in lardo, the cured pork fat adored in Italy, melted over a hot grill, and served with pickled wild garlic. They're utterly unctuous and extra decadent. This is food that vies for attention. Even raw oysters come with punchy, pickled green dressing rather than the standard shallot vinegar. Pair them with an exceptionally well-spiced Bloody Mary for an epic start to any meal.

At brunch a generous bavette, grilled on the huge wood-burning hearth, is topped with grated bone marrow and served with fried eggs and mixed greens. It might make you think nostalgically of Dr Seuss and is immensely more satisfying than yet another 'on sourdough' combination. Make room for the impeccably made and beautifully balanced sherry and brown-sugar tart served with cardamom ice cream. 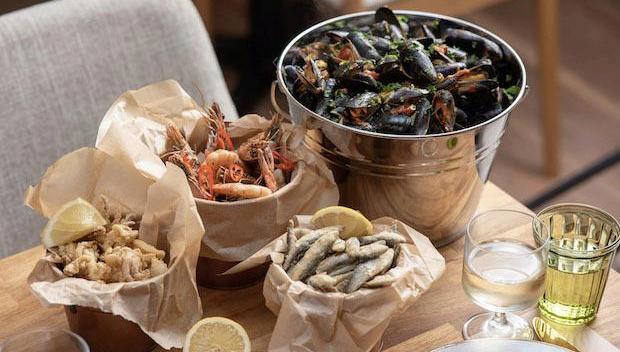 The seaside interior of this Westbourne Grove newcomer is cheery for us ozone-deprived Londoners. It has a cheeky concept of offering all manner of seafood by the bucketful, including mussels with lobster bisque and brandy, coconut and lemongrass, or garlic, parsley and white wine, which equally has echoes of holiday frivolity. There are buckets of fritto misto or prawns with tomato and samphire. More conventionally, there’s a good choice of reasonably priced seafood dishes and a spectacular roast hake with all the trimmings for Sunday lunch.

Oysters are only £1 with any cocktail or bottle of wine, from 4pm to 7pm Monday to Friday, and 4pm to 6pm on weekends. 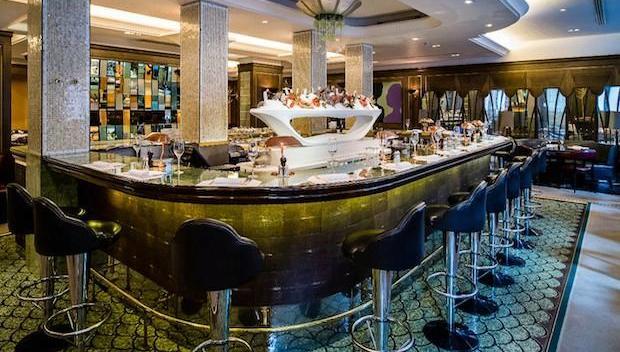 Scott’s started out as an oyster warehouse in 1851, a far cry from its present status as an iconic Mayfair restaurant frequented by the glamorous and the wealthy.

Oyster lovers should perch at the bar, drink in the svelte, elegant surroundings and take advice on the oysters eaten best alongside an obligatory glass of champagne. Find Dooncastle rocks, Jersey Royals, Ile de Olberon and Gillardeau (a mixed oyster platter with grilled wild boar sausages is a tempting indulgence). Acknowledging chef David McCarthy's fascination with Japan, there are also tempura oysters with avocado yuzu and shiso salsa.

Besides oysters there are adventurous seafood dishes including razor clams with nduja and mint, monkfish cheeks with snails and Bordelais sauce besides poached halibit with scallop nori and dashi broth besides monkfish and prawn masala and fish and chips.

Dover sole rightly remains a Scott’s classic, served either simply grilled or with a silky meunière sauce, expertly filleted at the table by super suave staff.

Desserts at Scott's have great finesse, especially the chocolate. Welsh rarebit also makes a rare and welcome appearance on the menu.

A treat worth sampling for a seafood celebration. 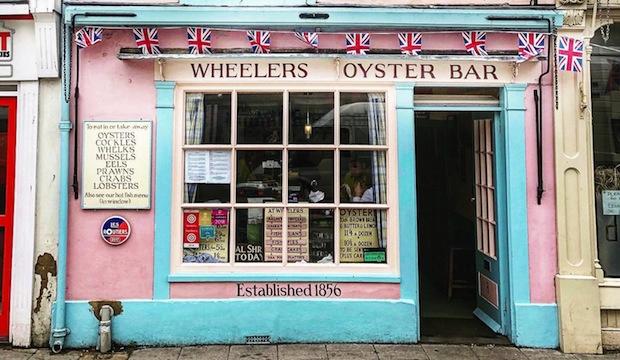 The original: Wheelers of Whitstable

As gorgeous from the pink and turquoise outside as within, this is the original Wheelers and the last still standing. It is a divine little gem in the heart of adorably boho Whitstable, which is a short train ride from Victoria. There really is only seating for a dozen and it is as snug as a parlour.

Naked is best (as the Edwardians would have eaten them), insist many of the locals of their Whitstable native oysters. Chef Mark Stubbs merely offers his own recipe shallot vinegar. More adventuous oyster lovers adore his Guiness tempura oysters or Louisiana style with roasted peppers, chorizo 'crumb' and plenty of Cajun heat.

Oyster takeaways are possible too for enjoying on the beach. 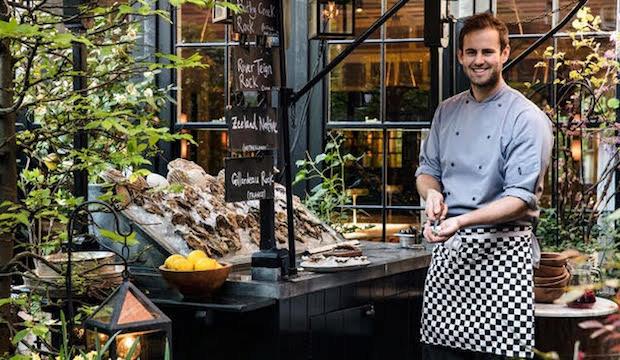 Chiltern Firehouse’s oyster cart, manned by oyster expert Bobby Groves, has pride of place in the hotel’s courtyard all year round. “Native oysters typically have a sweet nutty taste, with notes of minerals and brine,” says Groves, who is adamant that natives should not be cooked or dressed, to preserve their delicate flavour.

Groves has a rotating menu of native oysters on his cart, which are likely to include some of his favourite producers such as the brackish West Mersea No 3s from seventh-generation oysterman Richard Haward, plump Whitstable natives and Loch Ryan natives from Scotland's oldest oyster fishery.

And to drink, Groves favours a good fragrant white Bordeaux, as its citrus flavour profile complements the earthy aromas of native oysters. 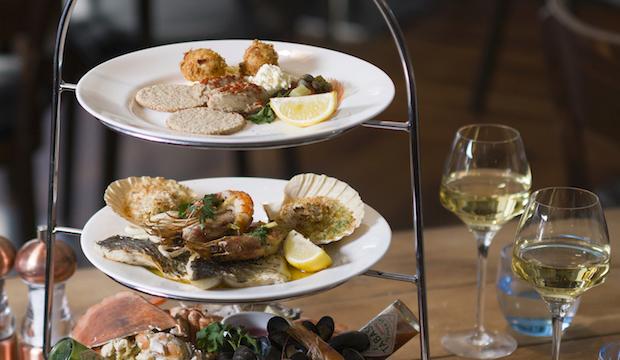 Oyster and seafood lovers, rejoice, at Fishworks' striking new beachside-themed restaurant in the heart of Covent Garden. Here you can indulge in a gloriously over-the-top multi-tiered seafood platter of exceptional seafood combined with some rather special cooked fish dishes.

Fishworks has simpler pre-theatre menus for £20.50 for three courses and staff are notably easy going and efficient and are happy to speed things up before curtain call.