The culinary trends we need to know about now

Why it's hot to cook over charcoal, to drink vinegar and know the meaning of kaiseki 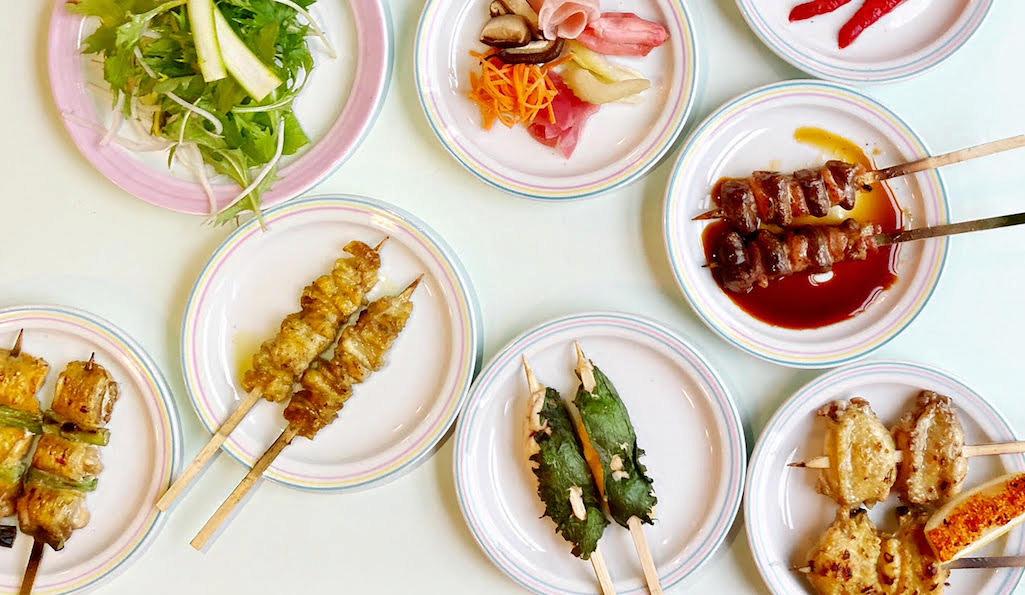 Going Japanese: Authentic Yakitori at Jidori
Imagine a new, trendy restaurant. It probably has a short, one syllable name that relates, in some archaic way, to an ingredient on the menu. Let's imagine this restaurant, like many of its contemporaries, is in Shoreditch. Take a look inside and the walls are self-consciously unfinished. The open kitchen is gone. In fact the whole kitchen is gone. It has been absorbed into the dining room and consists of several huge open fires. Does this sound familiar?

Here's what happens next: the wait staff will explain the menu is small plates and the kitchen sends out dishes as they are ready regardless of whether you are. They’ll probably advise choosing at least two dishes from each section starting with 'snacks' which used to be freebies called, rather quaintly, 'amuses-bouches'.

So where exactly are restaurant trends leading?

Diners are seeking a more immersive experience, as I witnessed earlier this year at the incredible Frantzen in Stockholm, a week after it became Sweden’s first 3 Michelin star restaurant. Here the whole experience is akin to being welcomed into the ultra stylish home of a very wealthy discerning friend. This started in the penthouse living room and followed through to the dining room/kitchen, with the chefs bringing dishes combining Nordic, Japanese and produce-led French haute cuisine to mesmerising, mostly over fire, effect.

Also in the vanguard with immersive dining is Gingerline, whose current production: Faculty of Education Summer School is as interactive and surprising as ever. 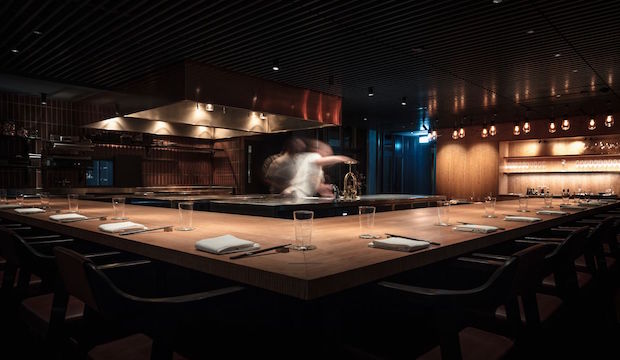 COLLABORATIONS & RESIDENCIES ARE THE NEW POP-UPS

Demarcations are becoming more fluid. Collaboration is cool. Pop-ups are passé. The next wave of restaurant promotions are residencies or menu (as with Instagram) takeovers. Over the last fortnight I’ve experienced a preview of Radio Alice, Shoreditch’s ace sourdough pizza parlour, inviting several hip newcomers – from vegan Club Mexicana to West Africa-meets-Scandi Ikoyi – to do week long takeovers with guest pizzas. Similarly, 400 Rabbits has chef Chantelle Nicholson (executive chef of Tredwell’s) guesting with an achingly on-trend, vegan pizza inspired by her new book Planted: the first cheffy vegan cookbook. And yes, her pizza has roast cauliflower as the hero ingredient. 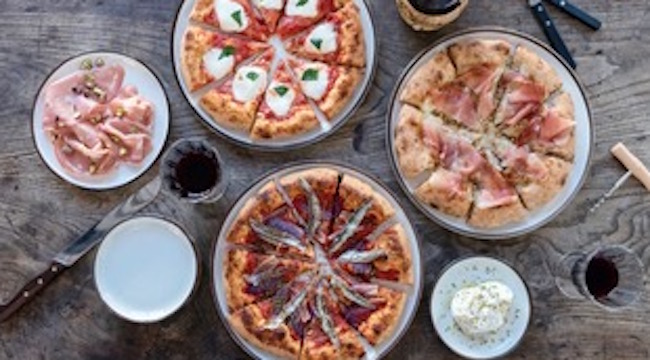 PLANT BASED COOKING IS GOING MAINSTREAM

Plant-based is now the preferred term to vegan and it's a movement growing faster than we can utter 'aquafaba' – you know, the chickpea water that plant-minded chefs use to make mayo, meringues and even ice cream. 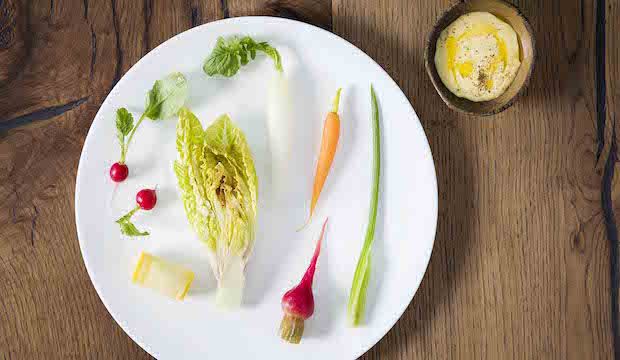 Better still, more and more restaurants are considering the nutrient profile of each ingredient they use. Catherine Sharman at Apres Food Co in Clerkenwell, is in demand with sports and health brands, and brilliantly produces nourishing food that tastes delicious and makes you feel brilliant. Joey O'Hare, a Masterchef professional finalist, who is co-founder of High Mood Food Cafe in Duke Street, and opening another branch in Spitalfields Market Hall imminently, focuses on gut healthy food. The cool, contemporary cafe with plenty of calm, lounging space uses traditional preparation methods such as activating and fermenting to maximise the availability of nutrients and support digestion, whether in a salad or a matcha vegan cheesecake. 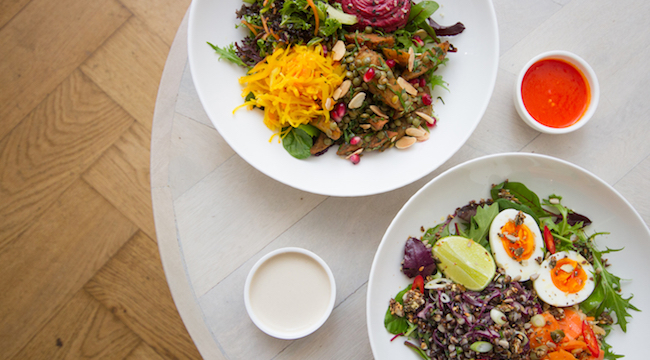 GLUTEN-FREE IS GRABBING ALL ROUND ATTENTION

Modernist dining is likely to be gluten-free. Even those without allergies are wising to up the benefits of more variety and balance in their diet. For example roast buckwheat – used to add texture to salads and as a conventional flour alternative in desserts and cakes – is popping up on menus all over the place. Freelance baker/caterer Henrietta Inman's new book The Natural Baker has inspiring recipes and she volunteers weekly at Luminary Cafe, too. Look out too for Ethiopian grain teff used for injera (a fermented pancake) and in baking. Chickpea flour is another alluring gluten-free alternative. Meanwhile socca, chickpea flour pancakes, are the new tacos. 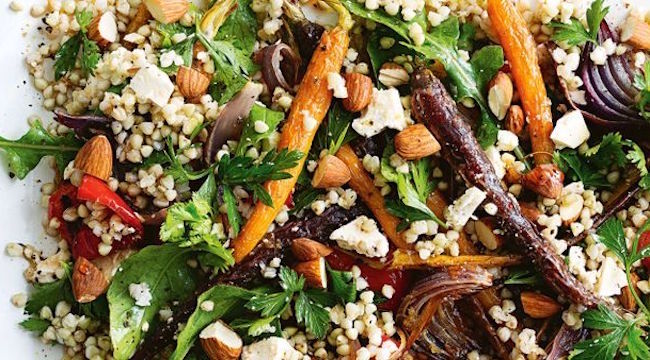 Not drinking has become fashionably acceptable. Bars such as Notting Hill’s Redemption sell only no alcohol drinks. The Hakkasan Group with their Master of Wine has spent two years working on the definitive no alcohol drinks list embracing fruit shrubs, drinking vinegars, kombucha, juice blends, iced teas and grape juice made by highly respected vignerons. 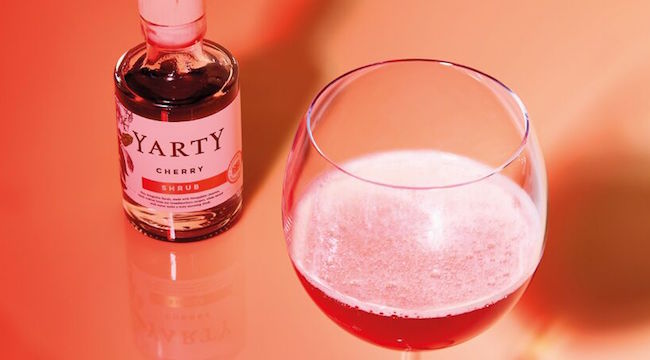 Korean, originally thought of as the new cuisine craze, is now here to stay and kimchi is almost mainstream. Fermentation is becoming an almost cultish obsession among chefs who pride themselves on the diversity of their fermenting repertoire, with huge jars flaunting their fermentation prowess on show. No-one does this better than Ottolenghi’s former executive chef Ramael Scully at his new restaurant Scully. 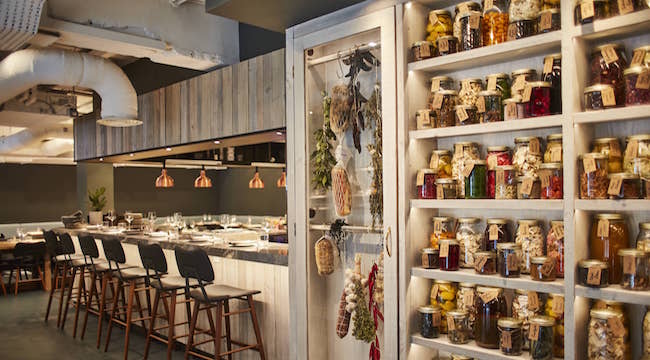 Merely talking sustainability is no longer sufficient, entire menus made from waste food otherwise thrown away is now considered the height of sophistication, no doubt influenced by the success of last year’s Selfridge’s pop-up WASTed and West Kensington’s Refettorio Felix, where world-superchef Massimo Bottura invites all his famous chef friends (from Francesca Mazzei of Sartoria to Jean-Philippe Blondel of Ducasse at Dorchester) to regularly cook for the cause using only leftover foods. 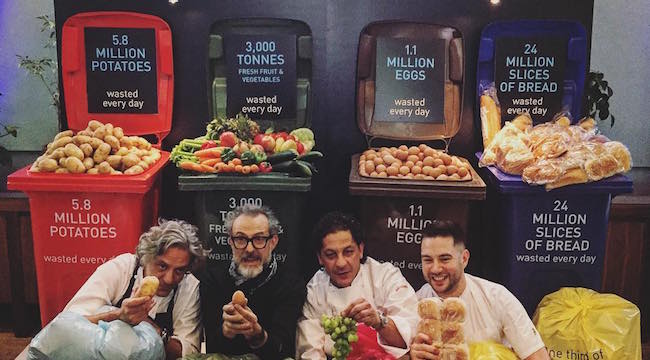 More regional and diverse South American cuisine is on the rise. Colombian Arepas, between a fluffy flatbread and muffin, are on the menu at Scully and there’s even a new restaurant dedicated to Arepas, called Arepa & co. 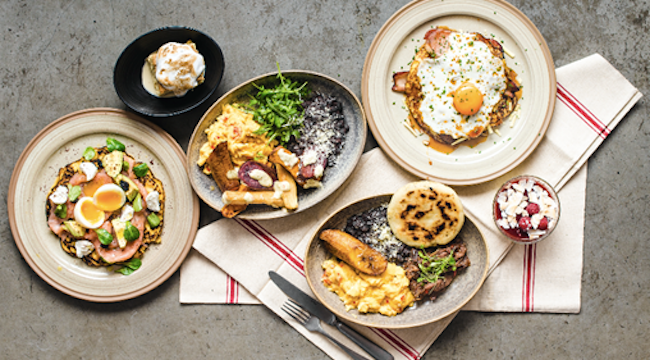 OUR LOVE AFFAIR WITH JAPAN IS DEEPENING

Our love affair with Japanese food is deepening beyond sushi. Restaurateurs are looking to Izakaya – Japanese bistros – for inspiration. Expect to see informal bistros specialising in yakitori including the excellent Jidori founded by Brett Redman of Neptune, with a restaurant in Covent Garden now as well as Dalston. Yakitori are skewers (from offal to vegetables) cooked over a special bincho charcoal (another take on the obsession with going primeval and cooking over fire). Jidori's Japanese head chef Shunta Matsubara cooks over a special yakitori BBQ imported from Tokyo. At the top level, chefs are fascinated with kaseiki dining, the ultra-seasonal, multi course dining served at Japanese inns or ryokan. Former Fat Duck chef, Kyle Connaughton opened Single Thread in Sonoma, Northern California, last year using mostly Asian ingredients grown by his wife.

Meanwhile Japanese yuzu – between a lime and a mandarin though far more exotic – is flavouring everything from miso to labneh, soft serve ice cream (the only way to eat gelato) and even tonic water. The Engllish Wasabi company are even selling trees to grow one's own yuzu. 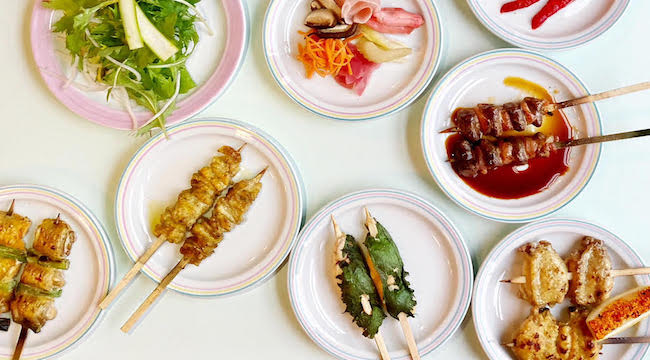