2 CW readers are interested
Meet the man behind the Mob Meet the man behind the Mob Harry Langham
Meeting Ben Lebus, the man behind online, culinary sensation Mob Kitchen, one can’t help thinking of him as every parent’s dream son – charming, smart, and fiercely driven; the fact he can cook is just a bonus. A year ago however, when Ben had taken over his parents’ kitchen, cooking twenty recipes in a weekend as part of a harebrained scheme to become the next big thing in the online foodie world, one might not have said the same – we can only imagine the mess.

Mob Kitchen is born out of a simple idea: to feed four people for under £10. Through producing and publishing one-minute 'how-to' food videos online, Ben hopes to prove how easy it is to rustle up something quick, healthy and delicious in the kitchen. Sitting across a table at a café in Bermondsey, just opposite the studio in which he now operates (much to the relief of his parents), Ben tells me his story.

As a student at Edinburgh University, Ben, whose father until recently ran an Italian restaurant in Oxford, was surprised to discover the lack of interest his peers showed in cooking. ‘Eating is one of the few things in our life, along with drinking and breathing, that all of us do every single day until we die, right? So why does no one teach you at school how to boil some pasta or scramble an egg or roast a chicken?’ He looks to me to share in his incredulity.

‘I would just be able to go into the kitchen and throw together a little pasta sauce,’ he explains, ‘whereas my mates had absolutely no clue, so they ended up just cooking bacon sarnies and pesto pasta every single night of the week. But then why would they have a clue,’ he continues, ‘they’ve never been taught.’ 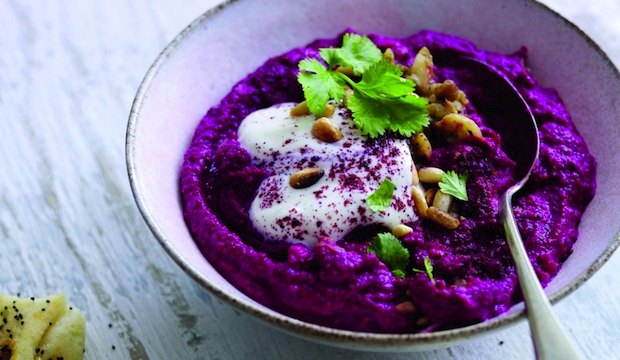 It was an urge to show these people how exciting and easy cooking could be that motivated Ben, along with a desire to right the wrongs of other online cooking platforms. ‘I really hated how all the cooking sites when I was at university did that annoying thing where they price the dish based on the proportion of each ingredient going in, and not how much it costs in the supermarket.’

Ben speaks passionately and it’s easy to understand why his remedy to the problem – Mob Kitchen’s trademark Feed Four for Under a Tenner template – has been so successful. ‘I wanted to do one with real prices, so that everyone with a ten pound note, regardless of who you are or what you have in your kitchen, could go and do it. You know, who the hell has a dusting of cumin lying around? Certainly not students.’

This is the ethos of Mob Kitchen; it is incorporative – that much is clear from the name, and it’s the name that Ben identifies as one of the strongest features of the brand. ‘The fact that people who have never met me refer to themselves as ‘The Oxford Mob’ or ‘The Newcastle Mob’, that’s invaluable because they feel like they’re part of something, part of the Mob, part of a movement.’ 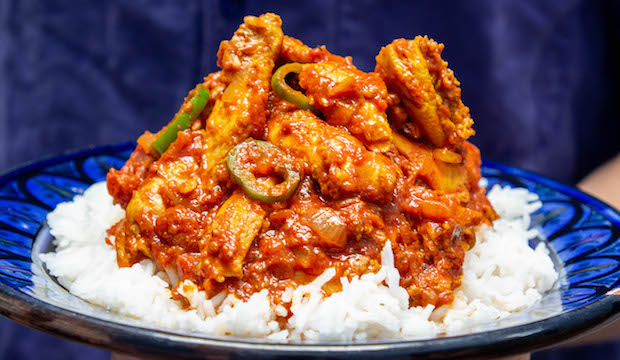 The road to success wasn’t entirely smooth, however. Around six months after he recorded those first recipes in his parents’ kitchen, Ben was out of content, living at home, and still yet to make any money. ‘I started working for Deliveroo, and would slip my recipes in pizza boxes. I was messaging everyone on Tinder I’d ever matched with, asking them to follow the page,’ he shakes his head and chuckles sheepishly.

He may laugh, but it’s just this sort of determination, along with a fortuitous reunion with primary school friend and camera buff, Rupert, that saw Mob Kitchen’s fortunes change. Their content started to gain traction and brands began to pay for features. This success has allowed them to relocate to the studio in London, where they now host various guests including musicians, foodies and even primary school children.

With a lot on his plate in terms of work, many of Ben’s London restaurant recommendations are close to the studio. He speaks very highly of azulejos-tiled, traditional Portuguese joint, Bar Douro, as well as of new Israeli hot ticket, Bala Baya. 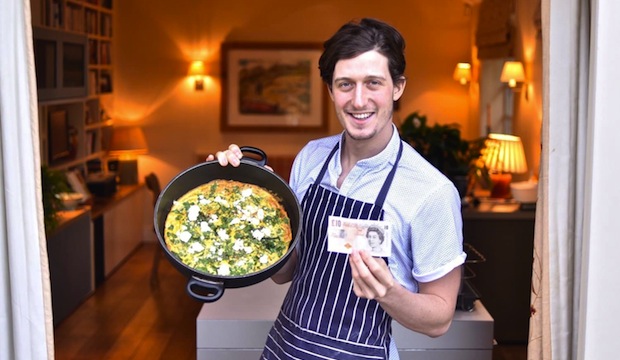 The first time he is lost for words (Ben is the first to admit his gift of the gab) is when asked about his favourite date night recipe. ‘My girlfriend always says I don’t cook for her, but at the end of the day, the last thing I want to do is to cook another meal.’ He eventually opts for steamed salmon, cooked for ten minutes at 180 in a roasting tray covered with tin foil, with a splash of soy sauce, a splash of water, a handful of chopped ginger, a chopped red chilli and half a sliced lime.

We head inside the studio to have a look at the first ever copy of the new Mob Kitchen recipe book. There I meet Rupert, Ben’s right-hand man. He speaks highly of Ben’s cooking. ‘He does a banging chicken Asian salad with ginger soy sauce, sesame oil, and the rest – it’s a 'freshy', as Ben would say.’

It is clear that this is just the beginning for Mob Kitchen, and Rupert sees the food element as just part of a wider Mob project, which encompasses music and events, as well as the culinary content for which they've made their name. ‘We’re still trying to find our feet as a company,’ he explains. ‘We’re very young and it’s all happening very quickly.’

With Ben at the helm however, it looks as if everything is more than under control.

Mob Kitchen: Feed Four for Under £10 comes out on 6 September 2018, and is available for pre-order via amazon. Click here to order yours. 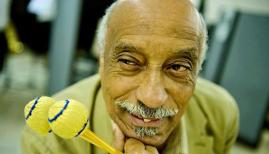 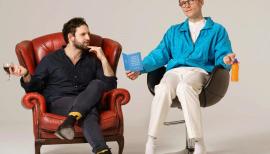