Want some advice on your latest novel? Well, comedian Christopher Bliss is going to give it to you anyway

The next Salon, co-hosted by comedian Luke Courtier, takes place on 19 July in Brasserie Zédel's underground comedy space the Crazy Coqs. Chat Back Theatre and Comedy are partnering with the French bistro to host Carter, Courtier and their special guest — an actual published author — for an evening of literary laughs.

The show explores the intellectual relationship between Carter and Courtier, an over-analytical literature buff, who thinks he’s discovered deeper levels to Bliss’ objectively puddle-deep work. During each monthly installment of the Christopher Bliss Literary Salon, the double act pick apart Bliss' own mediocre novels — which he manages to write at a rate of two or three per day — the work of their guest author as well as some of the greatest classic works in the English canon. Bliss, as predicted, falls at every intellectual hurdle, and dishes out entirely unrequested feedback, to great comic effect.

Carter, a Cambridge Maths graduate, first debuted the character Bliss at the Edinburgh Fringe in 2015. Since then, the well-meaning, and Bliss-fully unaware, bespectacled failed novelist has been at the forefront of Carter’s comic repertoire.

The show is a refreshing antidote to the solemnity and intellectual pretentiousness of most author Q&A’s. With Brasserie Zédel’s usual selection of French staples available just across the foyer, the evening looks set to be a real treat. 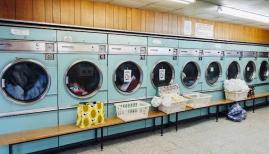