You might have noticed something a little lively raising its head in the food industry recently. Fermented foods, and so-called 'good bacteria' are all the rage. Recent studies have linked a healthy gut with anything and everything, from perfect skin and leaner figure, to a good night’s sleep.

A particular concern is that the modern Western diet has led to much less diversity in our gut bacteria, which could be negatively affecting our wellbeing, as well as our waistlines. So people are looking to fermented foods and other ‘probiotics’, full of friendly bacteria, to top up the good guys in their gut. Marylebone restaurant High Mood Food has even made them its USP.

Most interestingly, there’s a school of thought that a happy tummy also leads to a happy mind.

But what are these wonder foods, and where can you find them in the capital? 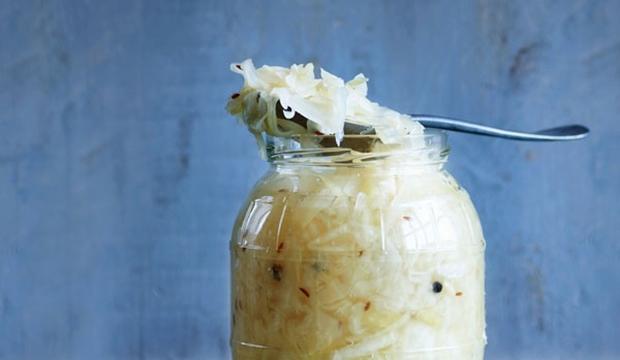 Like yoghurt, this a familiar old friend among a lineup of strangers. Most commonly found alongside cold meats or a hearty wurst, this pickled cabbage is a central European stalwart. Who said healthy eating has to be the preserve of the veggie-crowd? Modern processed varieties made with vinegar, rather than traditional lactic fermentation, aren’t meant to be as good for your gut, but we’re glad this sour side is having a bit of a renaissance.

Where to try it: Go upmarket for this one and head to Viennese brasserie Fischer’s on Marylebone High Street.