Ten restaurants turning up the culinary heat in Peckham in 2018 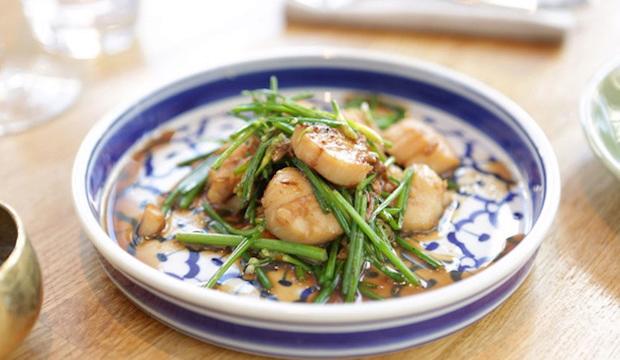 Jane Alty’s restaurant is not only a true gem, it was one of the first to open in what remains a vibrant West African neighbourhood with plenty of locals like God's Only African Food Store.

Think Thai tapas or superb fragrant Thai sharing plates with authentic carefully nuanced spice and, often, plenty of kick. Exceptional, deeply savoury mutton roti is a must as are the lightest of chickpea tofu fritters with moreish dipping sauce, and grapefruit and blood orange salad with cashew. The deep-fried whole seabass with sweet tamarind sauce, green mango and sea purslane is the cult dish and it is dramatically served standing up on its side – curved as if ready to pounce. If that presentation looks familiar from Som Saa, it is. Most of the tribe that have gone on to create London's new Thai scene: chefs who now run the grills and woks at Farang and Smoking Goat trained at The Begging Bowl.

Jane Alty herself trained with the legendary David Thompson, now Bangkok based, who runs Michelin starred Nahm in Knightsbridge. Thompson is internationally revered as the best non-Thai Thai chef in the world.

If the condensed milk ice-cream is on the dessert menu, snaffle it fast.

Cocktails are highly enticing too with plenty of original creations: rum, peanut brittle and plum jelly and Japanese gin with lemongrass and kefir especially appeal. For alcohol-free meals, the freshly made lemonade with ginger and lemongrass is satisfyingly refreshing. Come summer, there's a conservatory and terrace.

This has to be the best Thai food I've tasted in London since David Thompson settled in Bangkok.

Price: £80 for two with drinks for a feast

Bookings only taken for groups of 6 or more. Arrive by 7pm on weekend evenings for a table.