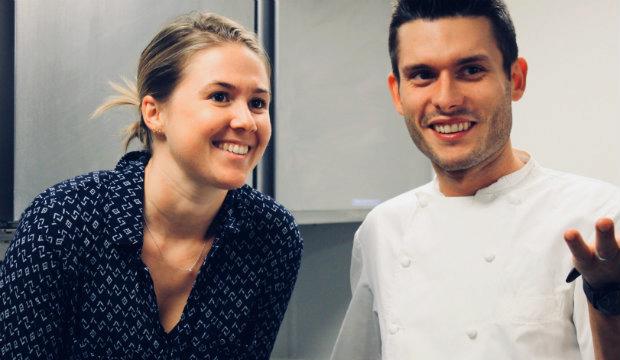 Food and love; life’s most important ingredients come together at one of the year’s most highly anticipated openings.

Caractère will fuse Emily’s classical French culinary training (including the iconic Alain Ducasse's flagship 3 Michelin star Louis XV in Monte Carlo) with Diego’s Italian verve given a modern inflection. Sustainability will be to the fore and the dress code relaxed. This is haute cuisine millenial style. 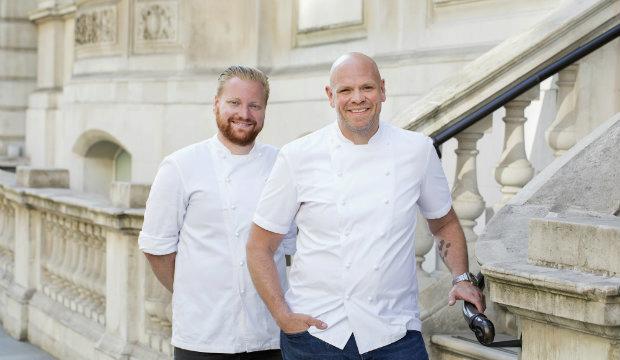 The Corinthia Hotel on the river by Embankment is gearing up to open Tom Kerridge’s first London restaurant: a sumptuous space designed by David Collins Studio.

The aimable Tom Kerridge, best-selling author of Lose Weight For Good and Dopamine Diet has taken inspiration from Hand & Flowers, the UK's only double Michelin-starred pub. Head chef is Nick Beardshaw who is relocating from Kerridge's second Marlow gastro pub, The Coach.

The vast high-ceilinged dining room will feature Caraveggio style fridges of meats hung to age from Kerridge’s own butcher shop in Marlow. A rotisserie bar will serve up a lascivious choice of tempting daily specials. The cossetting dining room has richly coloured leather banquettes and a partition of antique mirrors, echoing classic hotel bars. 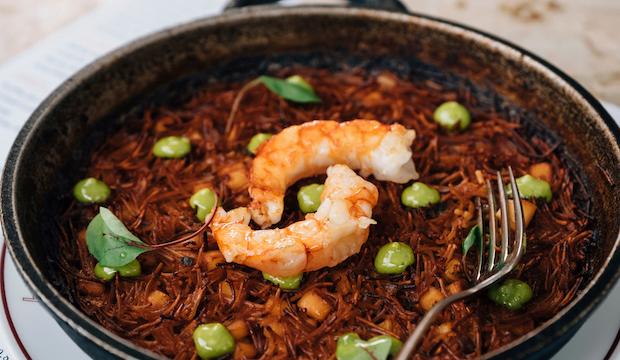 Coal Drops Yard: why it is London's most thrilling new restaurant hub

We're going to be utterly spoilt for choice at Coal Drops Yard Kings X which will boast a thrilling choice of eateries, both much loved favourites like Barrafina and newcomers including Hicce. The location is stunning: right on the Regent's canal and the restaurants are housed in a collection of exceptionally restored Victorian buildings.

London's most loved restaurant brothers Sam and Eddie Hart of Quo Vadis are opening two restaurants and a wine bar.

Joy of joys they're opening a larger model of their Michelin starred Barrafina, the ultimate tapas bar, arguably even better than the Barcelona bar which inspired the brothers to elevate tapas in London. The new Barrafina has an outside terrace. Expect some new dishes alongside favourites from the beautifully oozy tortilla to fideua, a rather different take on paella, seafood centric and made with short pasta rather than bomba rice.

Casa Pastor will be big sister to their Borough Mexican inspired Mexican taco restaurant with its own taqueria.

The Drop is a a wine bar with largely, but not strictly, modern British plates to graze on and an adventurous wine list curated by Aimee Hartley.

In addition, designer Tom Dixon is opening a new flagship space with Assaf Granit of The Palomar and The Barbary: it will be both restaurant and design showspace.

Great British Menu 2017 winner, Pip Lacey will be opening a wood-fire forward restaurant Hicce using British produce as a departure from when she cooked with Angela Hartnett at Murano. 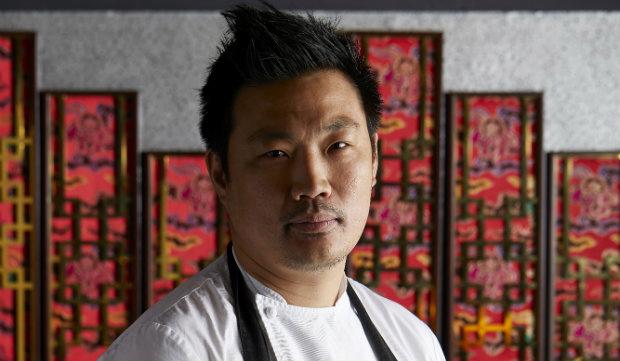 Joining the likes of Caravan and Koya in the City’s new dining destination, Bloomberg Arcade, Kym's is the second restaurant from Andrew Wong – whose Michelin restaurant is often booked up months ahead.

Kym’s is named after Wong’s parents’ former restaurant in Victoria, which Wong transformed into his own first reastaurant, A. Wong, five years ago. The menu at Kym’s will, aptly, be more attuned to Wong’s upbringing and will offer tastes of nostalgia – think sweet and sour crispy duck – alongside intricate dishes like the Yunnanese lemongrass salad.

To harmonise with the City’s architecture, the interior palette will include pastel pinks and greens, and a bespoke cherry blossom tree will soar through the centre of the staircase that joins lower and upper levels – worth visiting to see such a spectacle alone. 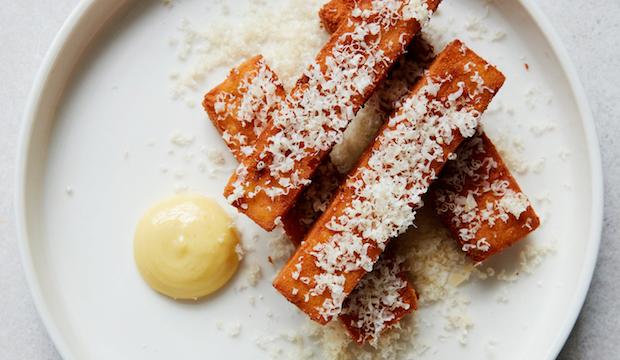 Levan, the cheeky sibling of Brixton's brilliant Salon will open in Peckham. Parisian new-wave bistronomy that's now in vogue in Copenhagen and Barcelona neighbourhoods too, is the inspiration for chef-proprietor Nicholas Balfe's new all-day restaurant.

The menu will focus on quirky takes on European dishes from Comté fries with saffron aioli to smoked pollack, spinach, asparagus and vin jaune from the Jura. We're eyeing up the mighty 50-day aged rump steak with wild garlic aioli and grilled calcots for Autumnal days.

The low-intervention and natural wine list will include plenty of pours from the Jura region. 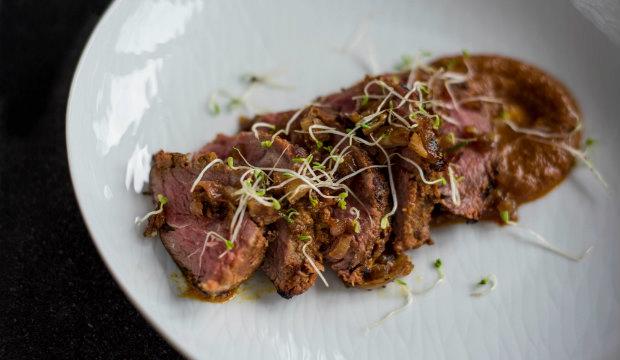 Joseph is inspired by the cuisine of Tamil Nadu, the southernmost state in India where Joseph grew up. The decor with lavish fabrics and wallpaper will reference the peacock, India's national bird.

Kahani's menu will revolve around traditions of communal eating and storytelling and rely on British seasonal ingredients.

Diners can start with snacks of venison, kid goat and chicken tikka samosas and finish with sweet (but not entirely traditional) treats like pineapple creme brûlée and a divine cheesecakes. 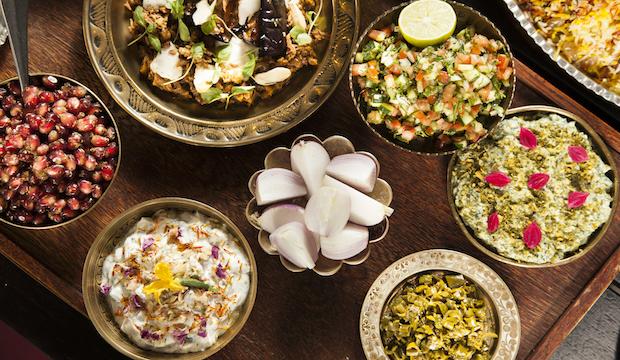 Reinterpreting the classic hole in the wall kabab houses lining the streets of Tehran, Berenjak will open its doors on Soho’s Romilly Street this October. It will offer an insight into a thrillingly unfamiliar cuisine. Berenjak, named for the handfuls of brightly coloured, toasted rice eaten as a snack at funfairs in Iran. It will take inspiration from founder and chef Kian Samyani’s childhood spent gathering around the dining table with his Iranian family, as well as his experience cooking in the kitchens of Gymkhana and Brigadiers. Kian will be supported by JKS. 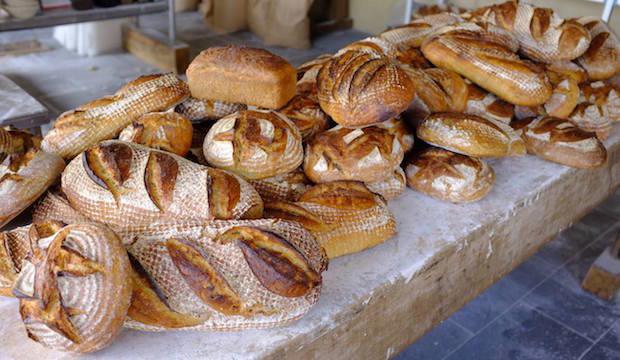 Jolene, their trailblazing Newington Green opening will put freshly milled grains forward (we predict this will be a huge culinary trend) to make their own bread, fresh pastries and fresh pasta. The grains are supplied by Gascony-based farmer Andy Cato, who grows heritage and chemical-free crops and has helped source grains locally in Sussex too.

Opening for breakfast at 9am, they'll sell everything we could desire for breakfast from Naroques bread and sausage rolls to madeleines, palmiers and cinnamon buns.

During the day there'll be fresh pasta, stews and salads on offer, Moving into dinner there will substantial hearty dishes like grilled cod on the bone with olives and artichokes or a 1kg T-bone steak with parmesan and rocket.

Natural wines will be highligh on a smallish wine list with more beers, ciders and cocktails than at their other places. 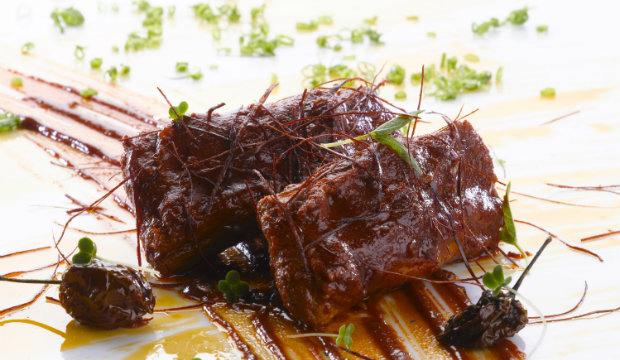 Located on Haymarket, the marble and velvet-lined restaurant will sit between the Theatre Royal and cutting ege concept store, Dover Street Market.

The menu is intriguing with dishes such as a deconstructed shepherd’s pie and tandoori wild mushrooms with a truffle and walnut dust. Order at least one cocktail while you’re there, too. The steaming, fizzing and foaming concoctions served at the laboratory style bar are devised to stimulate all the senses… and your Instagram followers.