Closing the BFI London Film Festival in a couple of weeks, the new trailer for Stan & Ollie shows Laurel & Hardy at their best.

Offering an introduction to the BFI’s Comedy Genius season coming this autumn, the film retells the true story of Hollywood’s greatest comedy double act as they embark on their final tour together. Steve Coogan (The Trip) and John C. Reilly (Step Brothers) will play Stan and Ollie, respectively. Director Jon S. Baird says: 'I’m really proud to be able to give the film its world premiere in London; a city that’s so dear to myself and I know was to Stan Laurel and Oliver Hardy'.

Stan & Ollie will premiere on 21 October at the Cineworld, Leicester Square. The event will be attended by Coogan, Reilly as well as director Baird and BAFTA award-winning writer Jeff Pope, producer Faye Ward and cast members. The film will be released on 11 January 2019, and you can finally watch the official trailer right now. 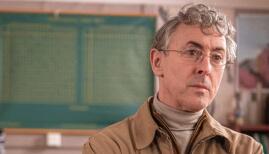