The Fashion Awards 2019: who was there, who won, and what they all wore 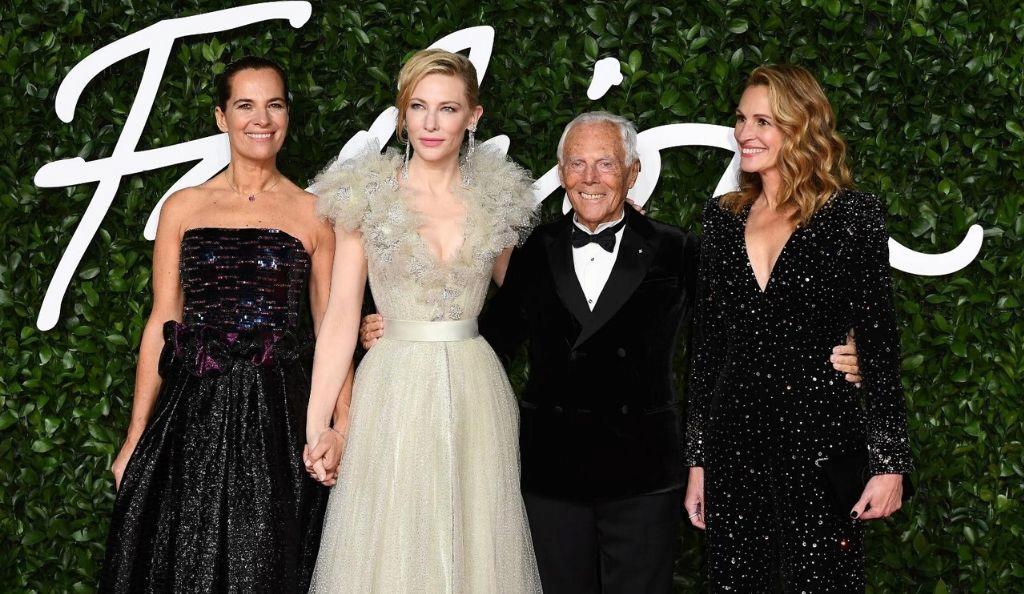 Fashion Awards red carpet arrivals: Roberta Armani, Cate Blanchett, Georgio Armani and Julia Roberts
The Fashion Awards took place on 2 December 2019 at the Royal Albert Hall. The great and the good of the fashion industry were in attendance to celebrate the year in which sustainable fashion went mainstream and diversity of race, age, gender and size continued to lead the conversation. Read on for the key talking points from this year's event. 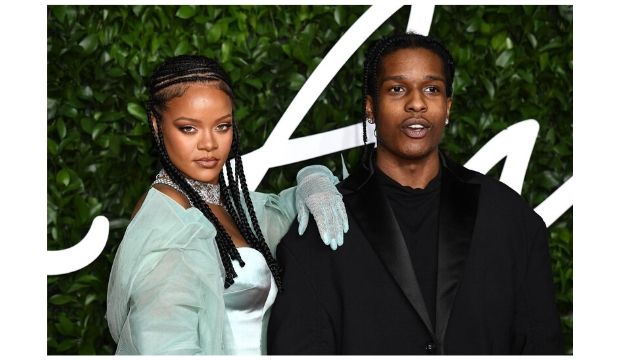 Rihanna in Fenty and A$AP Rocky

Who attended the Fashion Awards 2019?

Not content with an illustrious crowd of fashion designers, models, editors, stylists, photographers and entrepreneurs, the Fashion Awards 2019 were notable for the presence of some A-listers from across the pond. Tracee Ellis Ross hosted the event, while Rihanna arrived with A$AP Rocky.

Hollywood stars without official duties included Lauren Hutton, Alicia Silverstone and even Tom Cruise (yes the Tom Cruise, and no, we're not sure why either.) 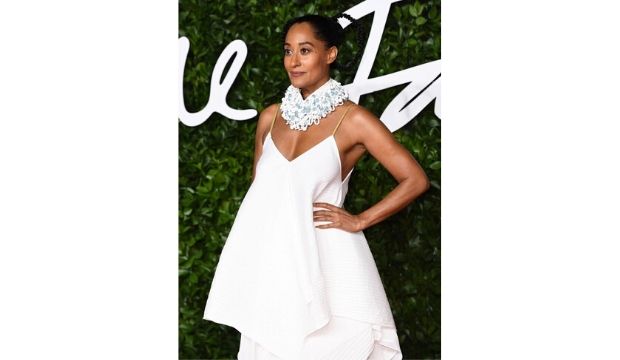 Those with their finger on the pulse of fashion predicted that Daniel Lee of Bottega Veneta wouldn't be going home empty handed. And they were proved right when the designer scooped up four awards including Designer of the Year and Brand of the Year. 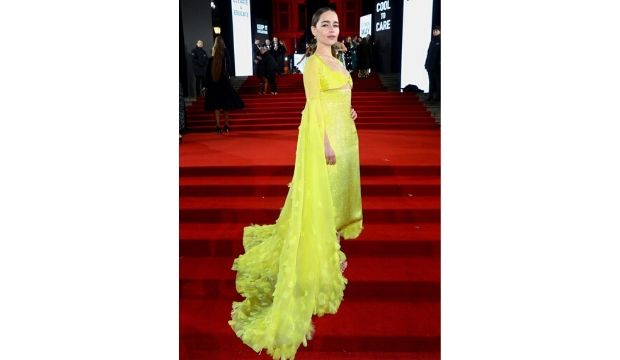 Honorary Londoner Rihanna was presented with the Urban Luxe award by Janet Jackson and Tyler, The Creator. Kim Jones won British Designer of the Year – Menswear for his work for Dior Men but as he's in Miami for a catwalk spectacular he called on Donatella Versace to accept in his stead.

The fashionable crowd certainly took advantage of the opportunity to dress up: Rihanna wowed in a seafoam Fenty minidress complete with matching opera gloves. Model Adut Akech was breathtaking in a couture voluminous emerald-green Valentino gown. 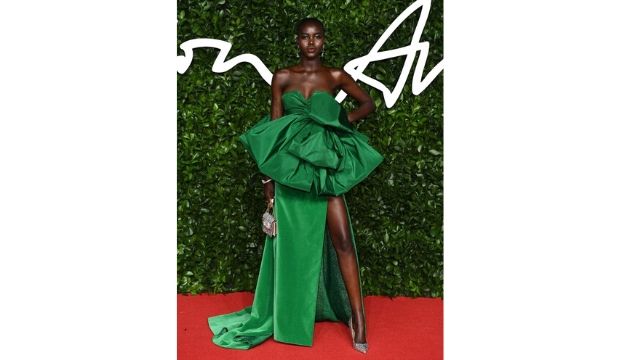 Shailene Woodley and Liya Kebede were perhaps most suitably dressed for the chilly December evening, arriving in padded puffer gowns from the Moncler Genius by Pierpaolo Piccioli collection, reminding everyone of one of the highlights of the year in the process.

Host Tracee Ellis Ross took advantage of the wealth of talent being celebrated, dressing in Loewe for her arrival before changing into statement looks by Richard Quinn, Erdem, Gucci and Simone Rocha.

Anna Wintour chose Chanel Haute Couture as is customary, but unusually opted to rewear the spring 2011 gown she wore for that year's Met Gala, proving that it's not just the Royal Family who can win praise for 'recycling' their own clothes.

What happened during the ceremony?

A musical performance by Little Simz was accompanied by a presentation of 'The White Show', a collection by Central Saint Martins first-year BA students crafted from sustainably sourced white fabrics and showcasing the bright future of the industry. 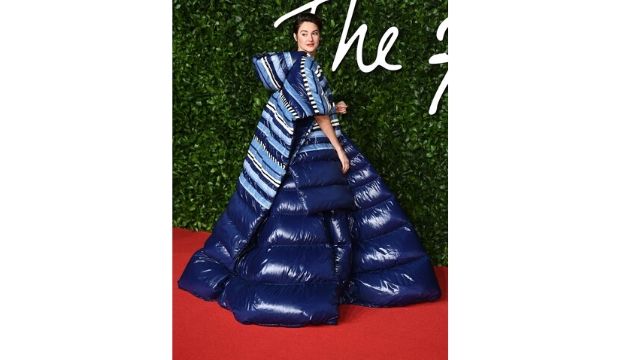 Many award-winners used their acceptance speeches to inspire the future generations, not least Adut Akech who dedicated her Model of the Year award to other young people.

'It is important for all of us to remember that someone like me winning this award is a rarity,' she said, to the powerful guests in the room and the young fashion-lovers watching the occasion unfold online.

'This is for the young women and men who found representation and validation in my work. I want them to never be afraid of dreaming big like I once did. To them, I say this: "Whatever it is you want to do, whether it’s modelling or acting or medicine, you should never doubt yourself. Don’t let the world convince you that it is not possible".' 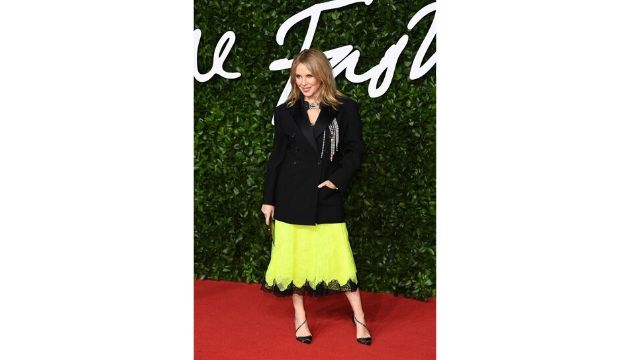 The modelling career of Naomi Campbell was also celebrated, with a highlight reel of some of the catwalks, campaigns and editorials she has graced during her illustrious decades in the industry as well as videos from her YouTube channel that went viral this year.

The 'south London girl' reminisced about passing the Royal Albert Hall on the bus and wondering what it was like inside before going on to praise the women who inspired her.

As expected there was a fitting tribute to Karl Lagerfeld, while Anna Wintour and Amanda Harlech – two of the women who knew him best – announced that Chanel has committed to funding an MA scholarship to Central Saint Martins in the late designer's name through the British Fashion Council.

As recipient of the Outstanding Achievement Award, Giorgio Armani decided to treat the audience to a mini couture Armani Privé catwalk show, with music by Eric Clapton to close the proceedings as the guests spilled out of the Royal Albert Hall and into waiting cars to shuttle them to after-parties, hotels and, erm, Carnaby Street where Tyler, The Creator joined in with a group of Hari Krishnas. 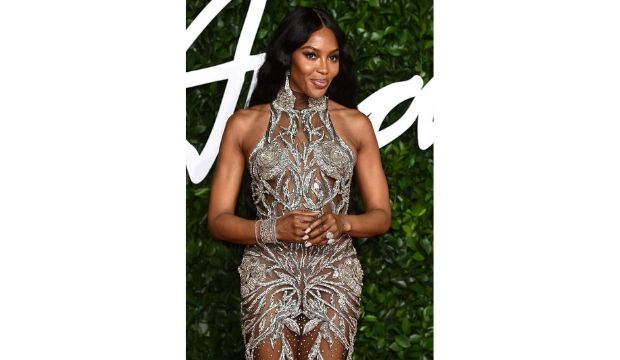