1 CW reader is interested
Chanel London exhibition: coming soon Chanel London exhibition: coming soon Rebecca Gonsalves
Few fashion brands capture the imagination like Chanel, and the brand's impressive impact on what we wear has been largely down to one man: Karl Lagerfeld. The German designer, as famous for his powdered ponytail and sunglasses as his ascerbic quick wit and seemingly indefatigable work ethic, helmed Chanel from 1979 until his death in 2019, overseeing a brand renaissance the like of which will likely never be paralleled.

Thanks to Lagerfeld's ambitious and dramatic stagings, the Chanel fashion show went from a simple catwalk behind closed doors to the gateway to a hyper-real fantasy world of Chanel-branded supermarket (autumn/winter 2014), casino (haute couture autumn/winter 2015), air travel (spring/summer 2016) and even the launch of a space rocket (autumn/winter 2017). 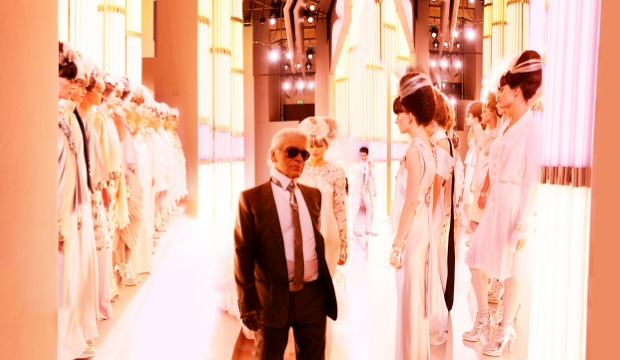 While Instagram has been a seemingly perfect portal to Chanel's fashion shows thus far, the small screen of a smartphone can't fully convey the epic nature of the scenes that Lagerfeld so masterfully commanded.

Instead we must turn to the lens of professional photographers such as Simon Procter, to whom Lagerfeld granted unprecedented access to the Chanel shows for over a decade.

From this vantage point, Procter captured both the impressive sets and the intense energy backstage, where chaos and calm reign together, building the necessary energy to drive a catwalk show, make a statement, sell a collection and push the needle of fashion to where it needs to go.

In 2019 a selection of these images were published in hardback form by Rizzoli, a beautiful tome that can be purchased here. And now, a new exhibition in London promises to bring Procter's work to life. 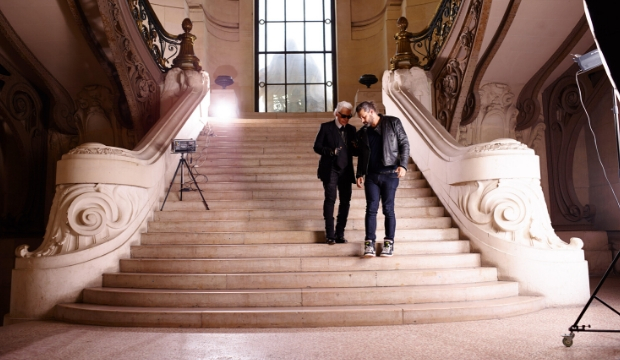 A portrait of the artists © Simon Procter

Large-scale prints of Procter's work, including some never-before-seen artworks, will be displayed within the Rotunda Bar at the Four Seasons Hotel London for three months. Expect an up-close portrait of Lagerfeld himself as well as a portal to the fantasy worlds he built for his collections.

There will be limited-edition artworks available to view and purchase in an adjacent gallery for the duration of the exhibition, with prices starting from £5,500, as well as signed copies of Procter's book.

To mark the occasion the Four Seasons has announced it will serve The Runway Afternoon Tea during the exhibition, with pâtisserie inspired by Chanel creations. A specially created Harlequin cocktail will also be available: based on gin, with rhubarb, almond blossom, clarified grapefruit and Mancino Sakura vermouth, finished with whitened lemon and Diet Coke jelly, a playful nod to Lagerfeld's favourite drink.