As the Royal Ballet brings back Romeo and Juliet with a roster of exciting new casts, Culture Whisper talks to two of the company’s brand-new Romeos 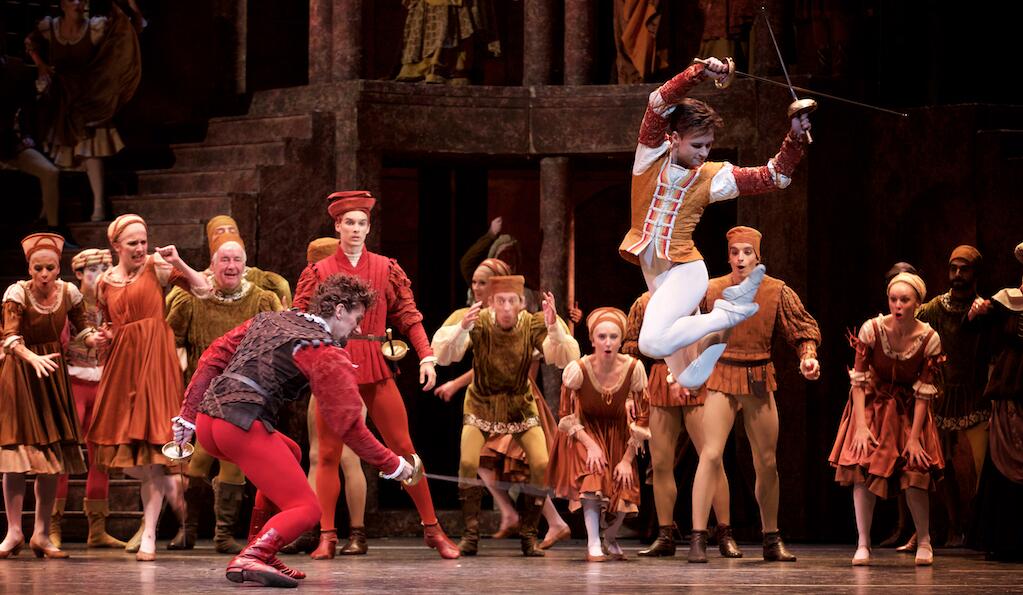 Alexander Campbell as Mercutio, Gary Avis as Tybalt in Romeo and Juliet © ROH 2015 Photo: Alice Pennefather
Kenneth MacMillan’s 1965 three-act ballet Romeo and Juliet has everything an audience could ask for. Set to Prokofiev’s deeply eloquent score, it has rousing ensemble pieces, edge-of-your-seat sword-fights and elegant courtly dances, all of it framed by Nicholas Georgiadis’s sumptuous sets and costumes, which skilfully transport us to Renaissance Verona, its rowdy streets and noble palaces.

And at its heart it has the two captivating youngsters for whose all-consuming, and ultimately doomed love affair MacMillan created some of his most passionate, heart-rending – and, incidentally, fiendishly difficult – choreography.

Seeing new interpretations of the lead roles is part of the excitement of watching Romeo and Juliet again and again. And in the ballet’s second run in this 2021/22 season, principal dancer Alexander Campbell and first soloist Calvin Richardson get a chance to dance Romeo. Both have performed in Romeo and Juliet before, Campbell as Mercutio (pictured top) and Richardson as Benvolio, but for each of them this will be their first crack at the lead role.

Campbell is well established within the Royal Ballet, where he’s been a principal since 2016. Small and fleet-footed with a pure classical line, he has danced and impressed in practically all of the principal and solo roles of the repertoire, from Prince Florimund in The Sleeping Beauty and Albrecht in Giselle to Robbins’s Dances at a Gathering. 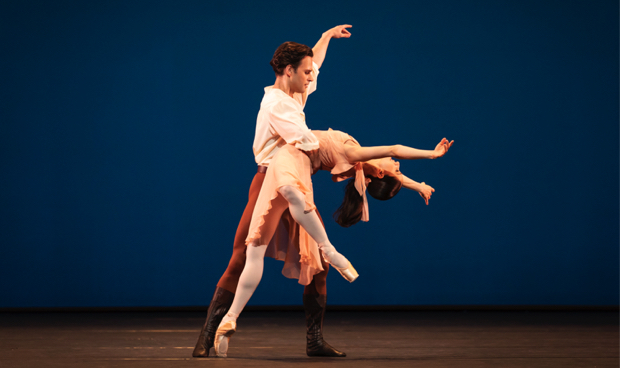 Alexander Campbell and Fumi Kaneko in Robbins's Dances at a Gathering. Photo: © ROH Helen Maybanks
However, at 35 years old, Alexander Campbell hadn't danced Romeo. So, when we spoke via WhatsApp I asked whether he had thought this was the one that got away.

‘Like most things in life it’s all about timing. Sometimes things work out in your favour, and I’m fortunate that in my career a lot of things have; and it’s exciting to be doing new things at this stage of my career.’

By contrast, Romeo is Calvin Richardson’s first major lead role. At 27 years old, his rise through the ranks has been swift, and his intelligence and highly expressive body have made him one of the go-to dancers for the company’s contemporary work. 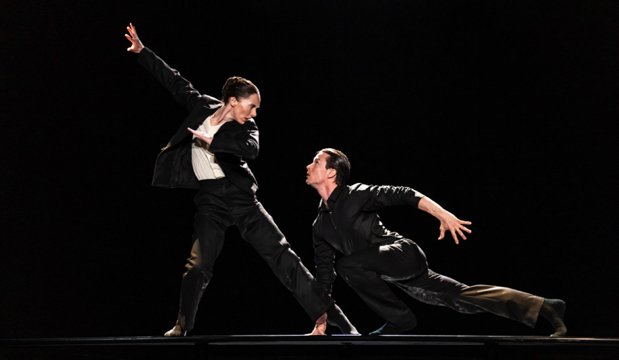 Calvin Richardson and Kristen McNally in Crystal Pite's The Statement. Photo: © ROH Bill Cooper
Romeo, he told us, is a step-up and a major challenge.

One of the many interesting aspects of MacMillan’s Romeo and Juliet is that, although scenes and steps are clearly set, the choreographer left a lot of room for interpreters to create their own character, so that no matter how many times you watch the ballet, you never see the same Romeo again.

So, we asked each of these dancers, who is your Romeo?

Alexander Campbell: 'The main thing that I tried to aim for is to really capture the romantic side of Romeo, in the sense of being led by his heart. He goes on gut and emotion; it’s not calculated in any way, it’s very much, “this just feels right, I must pursue this,” and that’s contrary to my own personal make-up. That’s really fun to explore, this “I must be around this person, I cannot be without,” and I think that’s the main thing I’ve been trying to get into.'

As for Calvin Richardson, he may have been rehearsing for just a couple of weeks, but it’s clear he’s given a lot of thought to the make-up of the character:

‘My Romeo is a bit sensitive: there’s a sensitivity and a caring, softer nature; maybe naturally a little introverted, but now exploring a new openness. I guess there’s a naiveté there too, and an innocence – that’s what I am tapping into: someone with a pure heart.’

Of course, key to the impact of the role is Romeo’s relationship with Juliet. Alexander Campbell will be dancing with an experienced Juliet, fellow principal Yasmine Naghdi. They have danced together in other works before and that, combined with Naghdi’s technique and knowledge of the role, makes him feel ‘in good hands’.

However, he adds: ‘We’re encouraged to keep our characterisations as spontaneous and “real” as possible so, even though Yasmine has performed this role a number of times, it feels as though we’re approaching it afresh as our own partnership, rather than as two individuals content with their own paths and characterisations.’

Calvin Richardson’s Juliet is also a debutante in the role, newly minted principal Mayara Magri; and at this early stage of rehearsals, he says, ‘we’re just getting used to each other’s bodies’, still at the stage of mutual discovery. We would hazard a guess that his gentle Romeo will find quite a bit of fire in Magri's Juliet.

Alexander Campbell stresses that another key aspect of this ballet is that the wider relationships of the main character must feel right within the work as a whole.

‘Although I have my ideas for the character, it’s making sure that the Mercutios, the Benvolios, the townspeople, everything makes for a satisfying whole. It’s us working out what the entire production is. I’ve just come from a rehearsal where I’ve been working with Leo Dixon as Benvolio and David Yudes as Mercutio, and we’ve been talking about what we as a group want to get out of it.’

While agreeing with Campbell as to the importance of the entire production, Richardson offers some interesting insights into Romeo’s wider relationships, particularly with Mercutio (Luca Acri in this cast).

‘I think there’s a brother bond there, but there’s a different power dynamic, in that Mercutio is the ringleader. Romeo is a free-spirited, in-his-own-world kind of guy, not the leader of the pack, and this is a discrepancy I want to portray, because you are the lead role in the ballet, but you still have to put across that you are not the ringleader in this crew of men.’

Alexander Campbell and Calvin Richardson are living proof, if proof were needed, that MacMillan's Romeo and Juliet offers each audience a unique experience, one that's been honed in rehearsal rooms, where the Royal Ballet's tradition is affirmed every day, but equally importantly, in the hearts and minds of the company's dancers.

Romeo and Juliet opens at Covent Garden on Monday 10 January at 7:30pm

Alexander Campbell and Yasmine Naghdi dance Romeo and Juliet on Wednesday 12 January at 7:30pm
and Saturday 15 January at 11:30am

Calvin Richardson and Mayara Magri dance Romeo and Juliet on Thursday 10 February at 7:30pm
and Thursday 24 February at 12:30pm