Book early for The Royal Ballet's Christmas treat like no other: The Nutcracker returns to The Royal Opera House for the festive season

With Christmas fast approaching, our minds turn to festive entertainment; and given the extraordinary popularity of The Royal Ballet's The Nutcracker advance booking is advised in order to avoid disappointment.

Combining magnificent dancing with a story sure to awaken the inner child in even the most cynical adult, stunning designs and Tchaikovsky’s miraculous score, The Royal Ballet’s The Nutcracker is an unparalleled Christmas treat.

This 1984 production by Sir Peter Wright relies on Lev Ivanov’s original Russian choreography, but has been gently reworked and tweaked over the years to bring it as near to perfection as possible.

Act I is the Christmas Eve party at the German home of the well-to-do Stahlbaum family, sumptuously designed with a wealth of Biedermeier period detail by Julia Trevelyan Oman. This party is a delight: with its adults in a flurry of socialising and a gaggle of excited children, everywhere you look there’s a little drama going on. And that’s even before we mention the imposing Christmas tree. Clara, a young girl on the verge of adolescence, is given a nutcracker doll by the mysterious Dr Drosselmeyer, and come midnight true magic happens.

Act II is set in the Kingdom of the Sweets where Clara and her nutcracker, returned to his human form as Drosselmeyer’s nephew Hans-Peter following a fierce battle with an army of giant mice, enjoy and take part in a series of divertissements, before we reach the culmination of the ballet, the Grand Pas de Deux for the Sugar Plum Fairy and her Prince.

On opening night this emblematic pas de deux will fall to principals Yasmine Naghdi and Matthew Ball, but over the ballet's six-week run it will be performed by a varied roster of principals and up-and-coming soloists. Among the former, Marianela Nuñez and Vadim Muntagirov coming as close to dazzling perfection as two human beings can, Natalia Osipova and Reece Clarke, Fumi Kaneko and the newly promoted William Bracewell, and Sarah Lamb and Steven McRae. 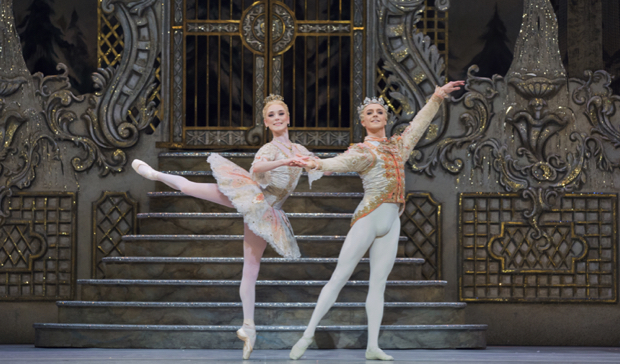 Among the latter are Letícia Dias and Calvin Richardson, and Claire Calvert and Nicol Edmonds.

The roles of Clara and Hans-Peter are crucial too, as both are on stage through most of the ballet. On opening night they will be danced by Isabella Gasparini and James Hay; throughout the run the couples will combine youth and relative experience.

The corps de ballet will play its part, with the Dance of the Snowflakes a special showcase for their preternatural coordination, so that whichever date you choose you're guaranteed a fully satisfying show for the whole family.

Guidance: Suitable for all, but bear in mind that two-and-a-half hours may prove too much for the attention span of younger children.