As she prepares to dance the emblematic Sugar Plum Fairy in The Nutcracker, newly minted Royal Ballet principal, Fumi Kaneko, talks to Culture Whisper about her life and favourite roles 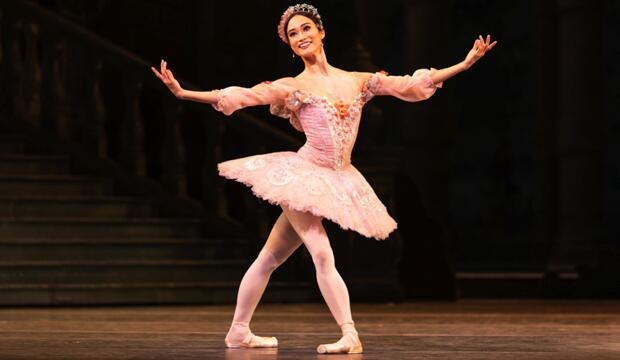 Fumi Kaneko as Princess Aurora in The Sleeping Beauty © ROH 2019 Photo: Helen Maybanks
The pas de deux of the Sugar Plum Fairy and her Prince marks the culmination of The Nutcracker, the ballet without which Christmas wouldn't be Christmas. The Sugar Plum Fairy must be at once sweet and regal, and technically very strong so as to make the fiendishly demanding choreography appear effortless.

Perfect, then, for Fumi Kaneko, one of a new crop of Royal Ballet principal dancers, who’s fast establishing herself as a ballerina of hidden depths. She’s danced Sugar Plum Fairy before, but as she told Culture Whisper, she never ceases to be surprised by how punishing a role it is:

‘You’re not dancing a three-act ballet; you suddenly have to go on and dance this grand pas de deux. I remember my debut of Sugar Plum: I was still first artist (the second lowest rank in the company) and when Kevin [O’Hare] became director he gave me this opportunity. It was really, really hard,’ she laughs. 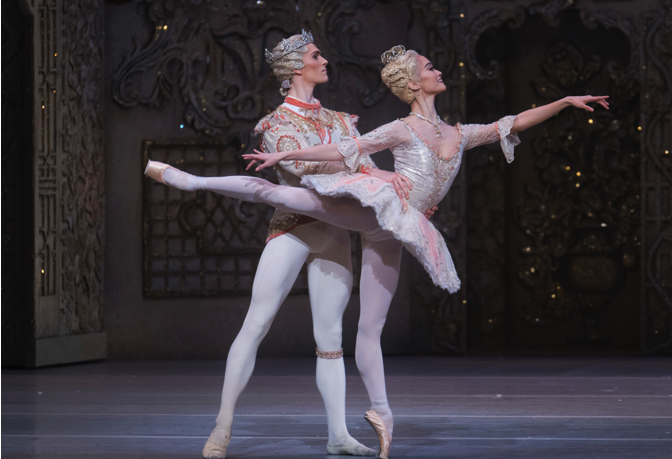 Fumi Kaneko as the Sugar Plum Fairy © ROH, Photo: Helen Maybanks
As well as trusting her tremendous technique, Kevin O’Hare may well have spotted that behind Fumi Kaneko’s delicate porcelain-doll features and gentle manner there is an iron will, which, as well as helping her overcome the difficulties of the Sugar Plum Fairy, stood her in good stead when she had to come back from serious injuries twice in relatively quick succession.

‘The first time was just after I became soloist and was dancing in Carlos Acosta’s Don Quixote. I was cast as Kitri (the lead female role) and it happened on stage: I tore a big ligament in my knee, had surgery, took a year to come back… I think I could do it because I focused solely on myself, and tried to go step by step. The hardest thing was to be patient.

‘The second time was even harder, because you know what you have to go through; and I was feeling like myself finally after the first injury, and to go back to zero mentally was harder.’

But with the company’s ‘amazing!’ rehab team she willed herself back more quickly and even stronger than before; which is perhaps not surprising if you bear in mind that as a young girl in her native Osaka, Japan, Fumi attended academic school all day and segued straight into dance school from 5pm to 11pm – every day, year after year.

I wondered, was there not a point when teenage Fumi thought, enough! I want to have fun, go out with friends, go to a disco, have a boyfriend...?

She laughs. ‘I just wanted to dance as long as possible, and even after I graduated from high school I didn’t think, I want to go to this or that ballet company; I just wanted to dance all day. My teacher had a small company [Jinushi Kaoro] and I joined and I was able to dance from morning to night and that was my dream come true.’

When she joined The Royal Ballet in 2011 after a year with Jinushi Kaoro company, her CV included a gold medal at Varna International Ballet Competition and silver at equivalent competitions in Moscow and the USA; and she rose steadily through the ranks. Here she is as a radiant Princess Aurora in The Sleeping Beauty.

Although Fumi Kaneko has danced many important roles over the past 10 years, being a principal gives her access to some of the most coveted roles in the repertoire, such as Juliet in Kenneth MacMillan’s masterpiece Romeo and Juliet, in which she debuted this autumn. In a performance of devastating emotional impact, she brought to Juliet her strong will and an intensity of passion which we’d not seen from her before. 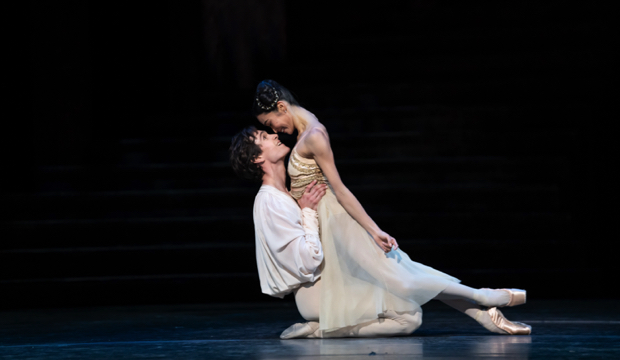 ‘I think because she’s really young she always follows what her parents say; and suddenly she fell in love with this person and she couldn't see anything else and that gave her all the strength to do what she wanted to do. I think she didn’t know what she had in herself – she grew so much in this ballet and I wanted to show that. I want to think that’s her life, but also my life, I’m not just doing this ballet, but I wanted to live that life, to live that moment on stage.’

Fumi Kaneko’s Juliet was one of the most memorable dance moments of 2021. She also had a role created on her by Wayne McGregor in his mega three-act work The Dante Project, where she was an uncannily dainty Satan in Inferno. 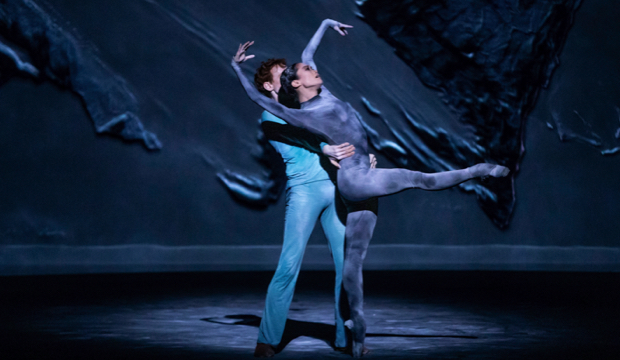 Fumi Kaneko and Edward Watson in Wayne McGregor's The Dante Project 2019. Photo: Cheryl Mann
She likes contemporary roles, which she considers ‘a fun challenge’, but when pressed states a preference for classical ballet; and the next landmark in her career as a classical ballerina is the dual role of Odette/Odile in Swan Lake next spring, for which she was ready to go on when lockdown intervened.

Beyond that, Fumi Kaneko hopes to dance other major roles that require considerable interpretative power and emotional input.

‘After Romeo and Juliet I felt I didn't know this side of ballet. I had a more technical side of ballet, but I lived Juliet’s life and had this feeling I never had before, so I want to experience something like that again. Manon is my dream role, maybe because it was the first ballet I was involved with after joining the company, and I was watching particularly the final pas de deux between Manon and Des Grieux, and I was crying, and I loved it, and I want to experience that.’

Fumi Kaneko’s Manon, when (and not if) it happens, will certainly be one for our diaries. Meanwhile, her delightful Sugar Plum Fairy beckons this Christmas.

The Royal Ballet's The Nutcracker is a the ROH from Tuesday 23 November to Saturday 8 January 2022
Fumi Kaneko dances the Sugar Plum Fairy with Nicol Edmonds as her Prince on Wednesday 22 December, matinee at 12:30pm,
and Wednesday 29 December at 7:30pm.