A work of sharp intelligence and devastating emotional power, choreographer Helen Pickett’s The Crucible for Scottish Ballet has had its London premiere at Sadler’s Wells

It’s based on Arthur Miller’s 1953 play of the same name, which dramatised the 17th-century Salem witch trials in Massachusetts, but which Miller intended as an allegory of the ongoing McCarthy anti-communist witch hunt.

The challenge for the American choreographer Helen Pickett when commissioned by Scottish Ballet to adapt The Crucible to dance was to create a historical work with powerful contemporary resonance and tell a complex story dealing with visceral, clashing themes in a clear, involving way.

All of that would have counted for very little had Pickett not been able to rely on a first-rate team of dance actors, but in Scottish Ballet she found her ideal interpreters.

The plot centres on an episode of collective hysteria instigated by Abigail, a young woman who has an illicit affair with John Proctor, married to Elizabeth, in whose house she is a servant. 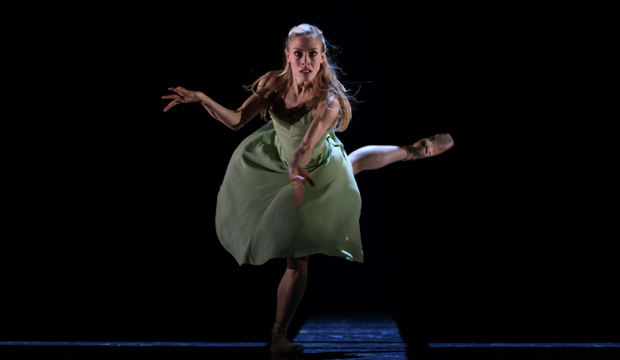 As more and more young women accuse people of witchcraft, and Abigail points the finger at John's wife, Elizabeth, so the play draws inexorably to its tragic finale, orchestrated by the cruel inflexibility of a sanctimonious and narrow-minded religious elite.

Pickett’s choreographic language is unique, in that she uses the vocabulary of classical ballet but, refusing its stylised mime, opts instead for her own highly eloquent, realistic gestures.

The central relationship is that of John and Elizabeth: throughout the ballet it evolves from easy domesticity, through anger, hurt and refusal when she catches him with Abigail, loving reconciliation and finally grim submission to their harrowing fate at the hands of the increasingly despotic and deranged religious authorities.

The two characters are danced with affecting eloquence by Nicholas Shoesmith (pictured top), a man capable of sin and a casual cruelty in the way he uses and discards Abigail, but also a loving husband and finally a man in the throes of a terrible moral dilemma; she a warm, loving wife capable of anger and rejection, but also of forgiveness. 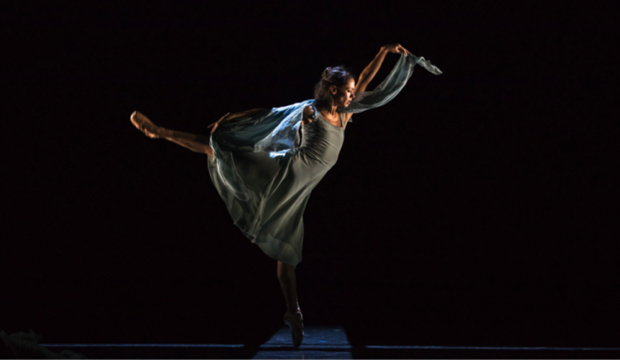 Sophie Martin as Elizabeth in Scottish Ballet's The Crucible by Helen Pickett. Photo: Jane Hobson
Abigail was danced by Constance Devernay as a complicated character, rather than just the bad’un. She has a back-story hinted at in a prologue where she’s seen as a young girl hoping for a bright future; in her sexual hunger for John she is perhaps searching for the warmth of her lost family; and she soon loses control of the events she sets in motion.

Jerome Anthony Barnes stood out in a very strong cast as the deputy governor of Massachusetts, who leads the witch trials that make up the entirety of the second half.