Rambert’s A Linha Curva and Other Works is a triple bill composed of something old, something new and something truly outstanding

The piece was Goat from choreographer Ben Duke; and kudos to the Rambert company for the way in which they internalised Duke's intentions and gave us a truthful, committed and highly emotional performance.

Goat is an often savage subversion of many of the tropes of modern life. It starts in a meeting hall, where rows of plain chairs face the back of the stage where a couple of musicians, bass and drums, sit in a recessed raised platform. A grand piano sits below them.

On comes dancer Miguel Altunaga, in the role of a hapless television reporter – the kind that tell you what you can already see anyway, and ask all manner of intrusive and naive questions of anybody they clap eyes on. His is an acting and speaking role only, and he is accompanied by a silent cameraman, whose work we can see on a big TV monitor.

As the dancers file in, dressed in modest everyday costumes, it becomes apparent that some kind of ritual is about to be re-enacted to the powerfully atmospheric soul and blues music of Nina Simone, magisterially rendered by singer Nia Lynn.

The ritual has many of the characteristics of the trances of revivalist churches, as the faithful are induced to dance to cleanse themselves of their sins; and it makes explicit reference to The Rite of Spring, when one member of the group is chosen to dance himself to death and thus redeem the community.

All this is inanely documented by Miguel and his cameraman.

After the chosen one dances himself to death, his lover is interviewed by Miguel and reminisces about their love. She raises him from the floor where he lies prone and together they perform a duet of raw passion and heart-rending despair. Once seen, this duet, to Lynn’s poignant rending of Feelings, is unlikely ever to be forgotten. 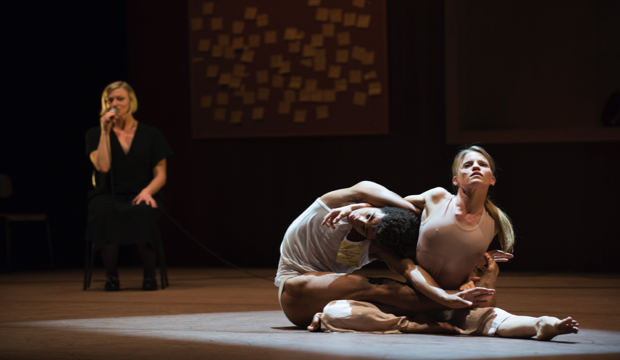 If you like Pina Bausch, you are certain to take to Goat in a big way. Bausch’s blend of theatre, the spoken word, dance, acute observation of the quirks of human behaviour, and occasional satire are all present; though in Ben Duke’s rawer, more aggressive way. Whether it punches you in the gut, or not quite, you have to admire Goat and what Rambert has made of it.

Goat is the jewel in an otherwise strange programme. It starts with Itzik Galili’s A Linha Curva, an ensemble piece inspired by the percussive rhythms, open sexuality and joie de vivre of the Brazilian carnival. Sadly, the piece hasn’t aged well, and in this, its third London outing, it looks a tad lacklustre and strained.

Symbiosis, a new work by the Greek choreographer Andonis Foniadakis, purports to be inspired by 'the dynamic patterns of behaviour and energy created in cities every day.' It’s true it doesn’t lack energy, but neither does this frantic collage of all the clichés of contemporary dance appear to go anywhere or indeed tell us anything we might want to learn. It feels excruciatingly long and Ilan Eshkeri's pastiche-riddled score doesn’t help.

In conclusion, it is a mixed bill in more ways than one; but for Goat alone and the paths it opens before the company, it’s well worth the price of the ticket. 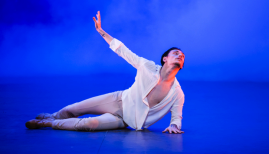 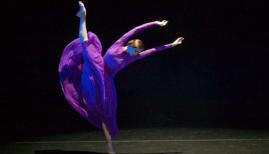