La Sylphide is perhaps the most famous example of the Bournonville style, which is instilled into Danish dancers from a very early age, but is not always easy for foreign dancers to acquire.

The plot tells of how the Scotsman James is enticed away from his fiancée by an ethereal sylph on the very eve of his wedding. Nothing good can come of it.... The choreography requires expressive arms and airy grace from female dancers; while demanding buoyant leaps and speedy beaten jumps from the men.

In the first cast, ENB Principal Jurgita Dronina was a lively and playful Sylph who displayed a knowing expression as she set about teasing and seducing James (Isaac Hernandez). Dronina has pretty arms that she uses effectively; and she performs the choreography's the balances and jetés demanded with a confident ease.

Isaac Hernandez brings some much needed excitement to this ballet with his soaring jumps and feathery beats; and he is believably befuddled by Dronina’s unattainable spirit.

First Artist Anjuli Hudson is expressive and characterful as jilted fiancée, Effy. Her character experiences a full spectrum of emotions and she is convincingly heartbroken by the betrayal of Hernandez’ rather spineless James. 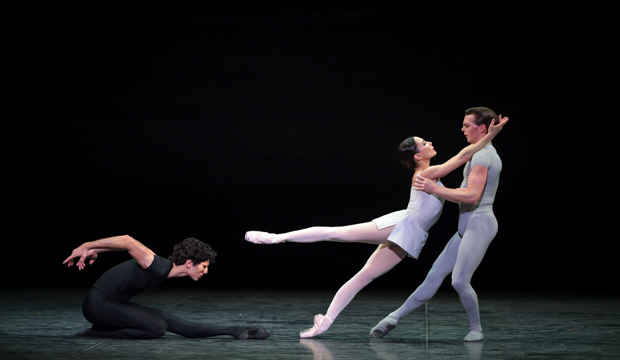 The opening songs feature large ensemble casts and this is where ENB struggle more. The male corps are surprisingly ragged and at times seemed under rehearsed. The synchronised, crisp delivery of the choreography picked up with the arrival of the women, led by an assured Senri Kou, who was especially energetic and engaging in the third song.

In the final song featuring The Woman (Rojo) The Man (Jospeh Caley) and the Messenger of Death (Fernando Carratalá Coloma), Rojo is the only one to dance with the necessary intent and understanding of the work and the particular nuances within the choreography.
Nonetheless, when all three hold hands and slowly pace to the front of the stage as life and death complete an unbroken cycle, one cannot help but feel a few goosebumps and admire the simple beauty of MacMillan’s work.

In the second double bill, La Sylphide is preceded by Le Jeune Homme et la Mort, choreographed in post-war France by Roland Petit with a libretto by Jean Cocteau on Bach's Passacaglia and Fugue in C Minor. This is a work which epitomises French Existentialism. 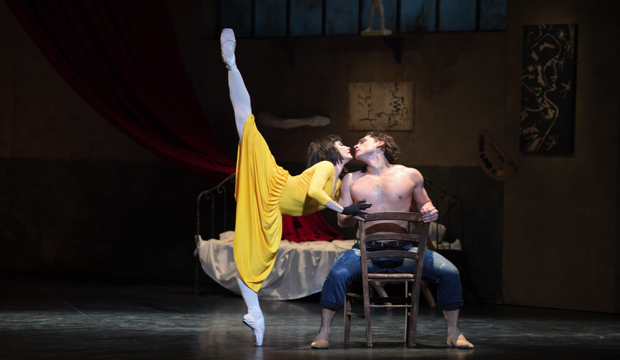 In it a man, danced here by Ivan Vassiliev, tensely and impatiently awaits the arrival of his mistress. It's a bravura role with extraordinary leaps and balances, and it suits Vassiliev well. The woman is a cruel mistress symbolising death, and in Tamara Rojo it finds an eloquent and blood-chilling interpreter. As she taunts him, he crumbles and is eventually pushed to his death dangling from a rope against the background of the skyline of Paris.

It’s a performance of supreme confidence from both dancers and an electrifying start to the evening. 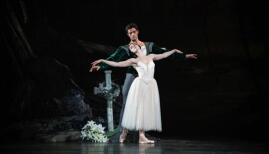