Rambert's ground-breaking programme of contemporary dance for the 2019/20 season has already earned it a prestigious and lucrative prize.

1 CW reader is interested
Rambert 2019/20 Season Highlights Rambert 2019/20 Season Highlights Teresa Guerreiro
Rambert is entering a new phase under the artistic directorship of Benoit Swan Pouffer, who took over in 2018. And the just announced (1 July 2019) award of the prestigious and lucrative Fedora Van Cleef & Arpels Prize for Ballet 2019, worth €100.000, to a brand new Rambert work appears to indicate the company is on the right track.

It’s clear Swan Pouffer is determined to lead Rambert and its public to new challenges, the first of which was Rouge, a cutting edge work from the French choreographer Marion Motin (pictured above), the centrepiece of Rambert’s current triple bill, which will tour the UK in the autumn.

Swan Pouffer’s promise – ‘our dancers will continue to push the boundaries with relevant and dynamic dance’ – is borne out by the programme for its 2019/20 season, most particularly the Fedora Van Cleef & Arpells award winner, Invisible Cities, a magical multi-media work with choreography by Sidi Labi Cherkaoui.

Fedora, the European Circle of Philanthropists of Opera and Ballet supports innovation and creativity in the field of dance through an international competition for new dance creations developed through collaborations. 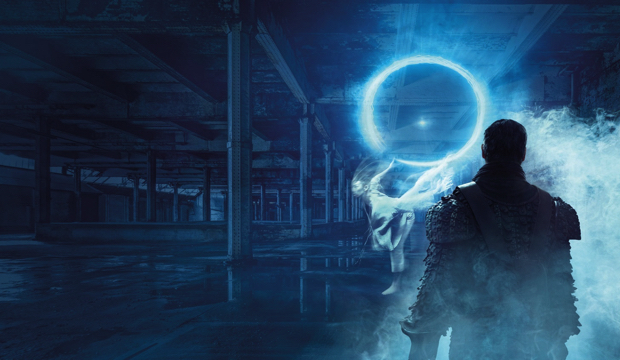 Rambert's Invisible Cities is inspired by Italo Calvino's 1972 novel of the same name, and centres on the relationship between the volatile emperor Kublai Kahn and the explorer Marco Polo, who must transcend the language barrier to describe the wonders he’s seen.

Invisible Cities will count on the considerable talents of the versatile, multi-cultural choreographer Sidi Larbi Cherkaoui, director Leo Warner, writer Lolita Chakrabarti and architects and artists of 59 Productions to create a site specific work that reimagines the possibilities of live performance.

Performed by Rambert dancers with actors Danny Sapani (Star Wars: The Last Jedi, Black Panther) as Kublai Khan and Matthew Leonhart (The Accidental Spy) as Marco Polo, Invisible Cities will have its world premiere at the Manchester International Festival on 5 July 2019 and will subsequently tour.

Lloyd Newson, who came to prominence in the late 1980s with his physical theatre troupe DV8, revives his testosterone-charged 1995 work Enter Achilles for Rambert – the first time Newson’s work will form part of the repertoire of another company.

Enter Achilles follows the actions of eight men during a booze-soaked evening in a British pub, highlighting social and political issues; it’s sure to be exhilarating and thought-provoking in equal measure.
Tues 12 – Sat 23 May 2020 Sadler’s Wells

In collaboration with the Royal Ballet, Rambert will make its first foray into the Royal Opera House’s Linbury Theatre with Aisha and Abaya, a new work authored by director Kibwe Tavares and Israeli choreographer Sharon Eyal. 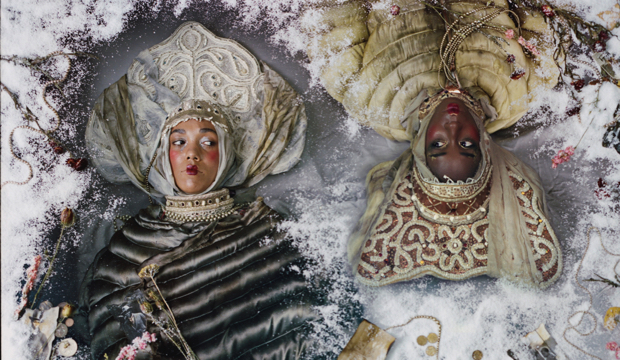 The current refugee crisis is providing inspiration for artists and choreographers; Aisha and Abaya follows the trend by looking at immigration and displacement through the titular two sisters, whose story is conveyed through film and yearning for home through dance.
Tue 21 Jan – Sun 9 Feb 2020 ROH Linbury Theatre

Sharon Eyal will be one of the choreographers featured in the programme of Rambert’s junior company, Rambert2, alongside Sidi Larbi Cherkaoui, Andrea Miller and Jermaine Spivey.

Rambert2 brings together a dozen new dance graduates from a variety of countries, who undergo a strict selection process to join the company for one year. Judging by the hunger and commitment of last year’s inaugural intake, the current cohort will be well worth viewing. 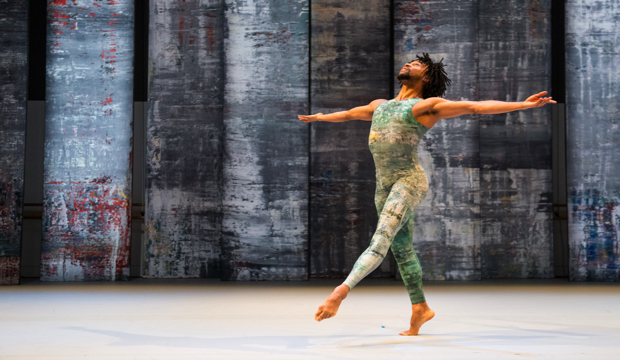 Rambert Event, Miguel Altunaga photo Tony Nandi
Merce Cunningham created ‘events’ – performances combining dance, music and visual art in ways unique to each of the sites where they took place – around the world.

In this centenary year Rambert will present a new version of its own 2014 Rambert event with sets and designs by the renowned German artist Gerhard Richter, and music by Philip Selway of Radiohead, Adem Inhan and Quinta.