Audiences on this side of the Iron Curtain were simply not used to the explosive jump, the electric animal charisma Nureyev brought to the stage. The virtuoso qualities now common among male ballet dancers are a direct result of the technical evolution that came about because of what he showed was possible.

So, ballet dancers came from far and wide to pay their homage to Rudolf Nureyev, who died in January 1993, in a gala conceived and curated by the American former Royal Ballet principal Nehemiah Kish.

The pieces chosen illustrate many facets of Nureyev’s life and artistry, ranging from his own choreography for the Entr’acte solo for Act II of The Sleeping Beauty, which opened the programme danced by National Ballet of Canada veteran Guillaume Côté, to his fascination with the Danish style, in a pas de deux from Bournouville’s Flower Festival in Genzano danced with panache worthy of Nureyev himself by Francesco Gabriele Frola of English National Ballet with the delightful Danish ballerina Ida Praetorius currently with Hamburg Ballet. 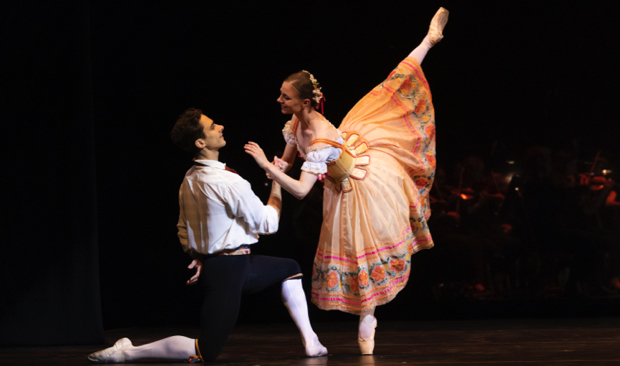 Francesco Gabriele Frola and Ida Praetorius in Flower Festival in Genzano. Nureyev Legend and Legacy. Photo: Andrej Uspenski
Nureyev also did more than most to retrieve old Soviet classics. He it was who first staged the famous Kingdom of the Shades scene from La Bayadère for the Royal Ballet in 1963; and its central pas de deux figured, performed by Xander Parish, from Norwegian National Ballet and Iana Salenko, from Berlin Staatsballett.

Also staged by Nureyev for the first time in the West was the pas de six from Laurencia – here it brought us an unleashed free-jumping Natalia Osipova partnered by César Corrales as the central couple. 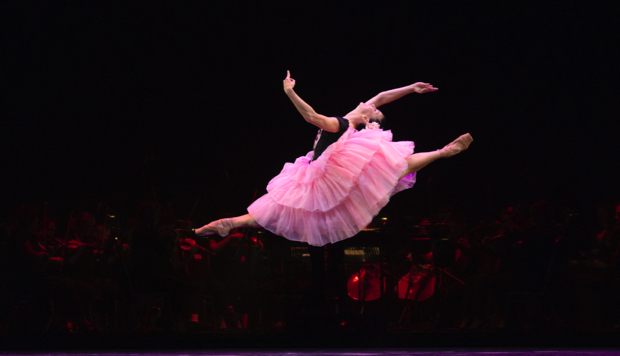 Natalia Osipova in Laurencia. Nureyev Legend and Legacy. Photo: Andrej Uspenski
Of course, Nureyev was not all about bravura and fireworks. He was capable of deeply emotional roles, of elegance and subtlety. One of his most memorable roles was that of Albrecht in Giselle, memorialised here by the supremely elegant new Royal Ballet principal William Bracewell in a heart-rending partnership with a weightless, floating Francesca Hayward.

Equally sublime was Vadim Muntagirov as Prince Desiré in the pas de deux from the final Act of The Sleeping Beauty, one of Nureyev’s signature roles.

And the mesmerising Alina Cojucaru, who in the filmed sequence of dancers’ testimonies that opened the second half of the programe spoke about Nureyev’s endless curiosity about discovering new things, partnered Alexander Trusch of Hamburg Ballet in an excerpt from Don Juan, which the choreographer John Neumeier reworked for Nureyev.. 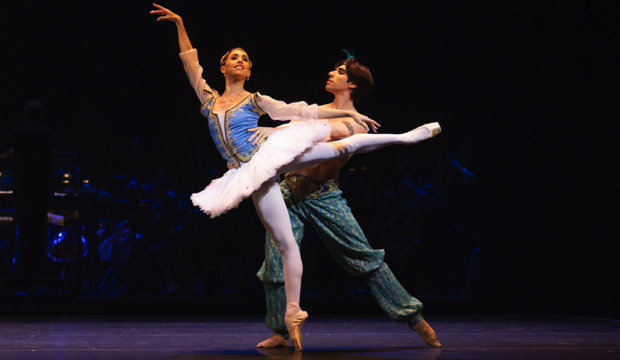 Yasmine Naghdi and César Corrales in Le Corsaire. Nureyev Legend and Legacy. Photo: Andrej Uspenski
So much of Rudolf Nureyev’s diverse career inevitably went unrepresented; but on the whole this gala proved a fitting tribute to an extraordinary man and brought some great dancing to the Theatre Royal Drury Lane, the very first London stage Nureyev stepped on.