Farooq Chaudhry: East Meets West in The Rite of Spring

As three radically different versions of Stravinsky’s The Rite of Spring descend on London, we talk to Creative Producer Farooq Chaudhry, who’s been directly or indirectly involved with all three 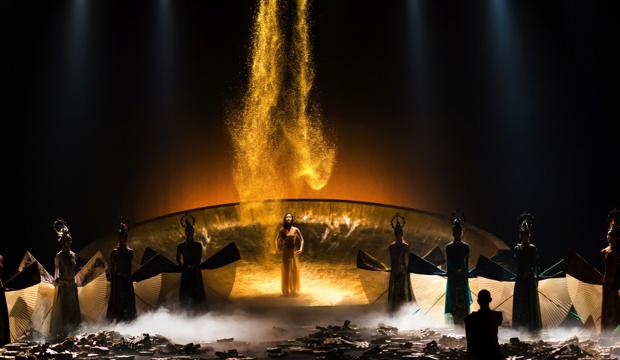 Yang Liping, The Rite of Spring (c) Li Yijan
A little background first: The Rite of Spring, Stravinsky’s 1913 masterpiece inspired by the violent eruption of spring in his native Russia and the pagan rites associated with it, is a tremendously powerful musical work, which over the decades has proved irresistible to choreographers the world over.

Two more are coming in close succession: Chinese choreographer Yang Liping’s at Sadler’s Wells, and Seeta Patel’s in the classical Indian Bharatanatyam style, which comes a little later to The Place.

One man has played varying roles in all three: Creative Producer Farooq Chaudhry. We met a Sadler’s Wells, so he could lift the veil on Yang Liping’s The Rite of Spring. 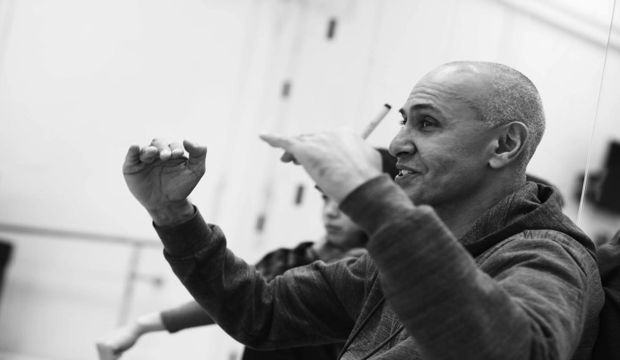 Farooq Chaudhry (c) Jean-Louis Fernandez
‘What makes Yang Liping’s Rite different is that it’s really Asian, really Chinese: the aesthetic and the feel of it is clearly about that.’

In Stravinsky’s original, a young woman is chosen by the tribe as a human sacrifice to appease nature and ensure fertility. Yang Liping’s The Rite of Spring differs from that narrative in one key particular, says Farooq Chaudhry:

‘This is different because the victim is not chosen; she chooses herself. And that’s an Asian thing, the duty to the community, the individual is not important, the collective is. So out of duty she chooses herself in the knowledge, however, that her death is not final: she then becomes reincarnated, which is a very Tibetan idea of time.’

So, whereas many interpretations of The Rite of Spring follow Stravinsky’s narrative, and end with the death of the sacrificial victim, Yang Liping moves hers to a new dimension, a new life:

‘She comes back purified of the human condition. So, it’s cyclical as opposed to linear.’

It is a radical retelling of The Rite of Spring, and one that doesn’t exactly fit into Stravinsky’s score; so, Yang Liping and her creative team opted to use the original score just in the piece's central section .

‘Now, that’s difficult. I would say that’s been one of the big challenges of this work: how do you take an incredibly rich, complex, sophisticated, so recognisable score and sandwich it between pieces of music that are completely alien to it?

We shall soon find out.

‘You come into the auditorium and you have 30 minutes of absolute meditation; and you’ve got 4,000 golden Chinese characters on stage. You come into the theatre and suddenly there’s a golden Tibetan bowl just floating in the air, and the whole atmosphere evokes a different world.’ 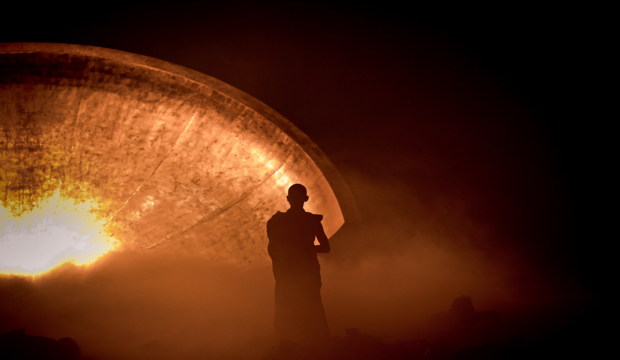 Yang Liping, The Rite of Spring (c) Li Yijan
As Creative Producer, Farooq Chaudhry works with a variety of artists, most prominently Akram Khan, with whom he co-founded the Akram Khan company back in 2000, and English National Ballet, on whose behalf he negotiated with the Pina Bausch Foundation to acquire the right to perform the late German choreographer's The Rite of Spring. ENB became only the second company in the world allowed to perform a work by Bausch.

He has been intimately involved with Yang Liping’s The Rite of Spring from its very genesis through its entire development.

‘Yang Liping is not a Han [China’s majority ethnic group], she’s from an ethnic minority, she’s a Bai, and she has a very strong affiliation with, and interest in the whole Tibetan culture. So, I said to her, almost jokingly, why not do a Tibetan Rite of Spring? And her eyes lit up (…)

‘Then as a Creative Producer I helped her creative team, the lighting, how to use the music, working with the set designer, Tim Yip, who I know very well as he’s worked with Akram several times, so I kind of monitored and guided and gently cajoled, coaxed that creative process into a place where it’s talking to each other.’

With its overlay of so many Eastern cultural elements on a musical score seen as one of the masterpieces of Western culture, Yang Liping’s The Rite of Spring must be made to have seamless crossover appeal to both Eastern and Western audiences – a challenge which Farooq Chaudhry relishes.

‘I’m a Pakistani bred in London. My whole life journey has been trying to find a bridge between different cultures and languages and turn it into a positive expression (…) and therefore I’m attracted to artists who try to negotiate two different worlds. It’s like creating a child out of those two worlds, a hybrid.

‘And the biggest compliment I can get when anyone sees our work is “oh, your story is my story!” They’ve recognised themselves in the work, and that’s to me the purpose of art.’

Still, the question must be asked: with three Rites in quick succession – Pina Bausch’s, Yang Liping’s and Seeta Patel’s (Chaudhry himself urged Patel to do her own Bharatanatyam version of the work) – might London be enduring The Rite of Spring overkill?

‘I hope when people see Yang’s and Seeta’s The Rite of Spring, the language used, the way it’s told will allow us to experience the music differently. I think people will be curious (…) they’ll have seen the Pina, then go and see Yang’s and say, “how amazing that could be told so differently."’

Prepare, then, to be immersed in a different world, though one with familiar overtones; but a helpful hint here: do read the programme notes before entering the auditorium.

Yang Liping's The Rite of Spring is at Sadler's Wells 9 – 11 May. Details and booking here