Briefly, the Don Quixote ballet tells the story of two village lovers somewhere in Spain: the ever-resourceful Kitri and Basilio, the penniless barber she's determined to marry. Her tavern-owner father disapproves and wants her to marry the rich fop Gamache. Simultaneously, the old nobleman Don Quixote, accompanied by his faithful Sancho Panza, sets off to perform feats of chivalry and thus win the earth of his ideal woman Dulcinea. 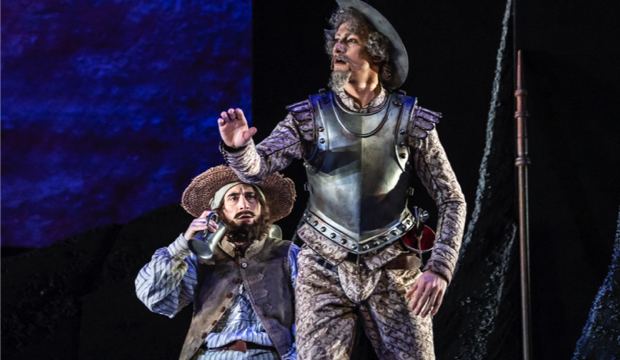 KIt Holder and Sancho Panza, Tom Rogers and Don Quixote in BRB's Don Quixote. Photo: Johan Persson
After many adventures, Don Quixote plays a key role in persuading Kitri's father to agree to her marriage to Basilio, and the ballet ends in an extended and most enjoyable wedding feast.

There have been many versions of the ballet since its original choreographed by Marius Petipa in the mid-19th century. Carlos Acosta, in his time a fetching Basilio, with his Cuban bravura technique and charismatic stage presence, created his own version as a parting gift for the Royal Ballet in 2013. It was a characteristically exuberant production, busy and with complicated (some have said over-complicated) sets.

Now, Acosta has adapted it for the specific demands of BRB, as a touring company. He has commissioned new costumes and simplified sets from Tim Hatley and video from Nina Dunn; but the substance of his production remains unaltered, with much cod-Spanish colour such as the fierce dance of the matadors. 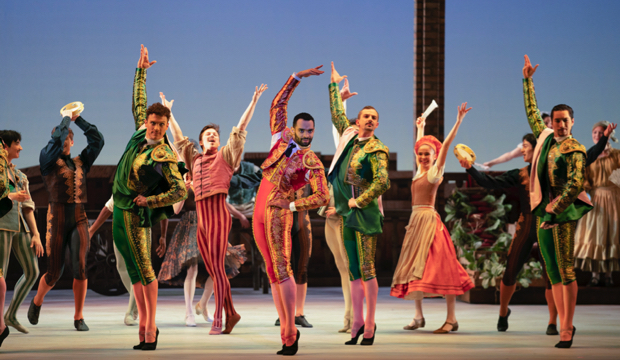 Dance of the matadors, featuring Brandon Lawrence as Espada, in BRB's Don Quixote. Photo: Johan Persson
BRB has a good complement of principal dancers and they will alternate in the main roles of Kitri and Basilio. The company stalwart principal Momoko Hirata (pictured top) will dance Kitri on opening night. Her Basilio will be the fiery, Kirov Academy-trained American Mathias Dingman. 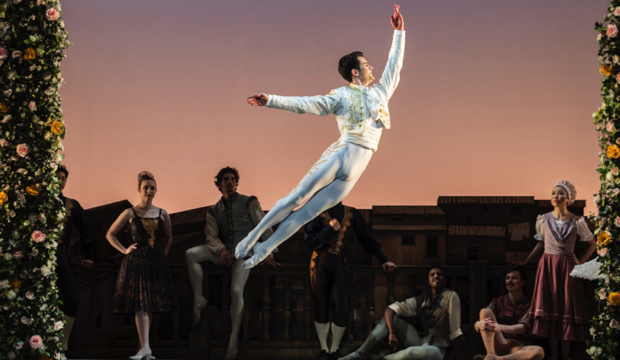 Mathias Dingman as Basilio in BRB's Don Quixote. Photo: Johan Persson
Among the other casts we would recommend are the tiny totally captivating Beatrice Parma as Kitri with the virtuoso dancer Tzou-Chau Chou as Basilio on Thursday 7 July evening performance.

Whichever performance you pick, you are guaranteed a few hours of undiluted fun and joy, and some truly enthralling dancing to live music played by the Royal Ballet Sinfonia. What's not to like?