As they prepare to debut in a principal ballet role in The Winter’s Tale, Reece Clarke and Matthew Ball talk to Culture Whisper about the complex figure of Polixenes 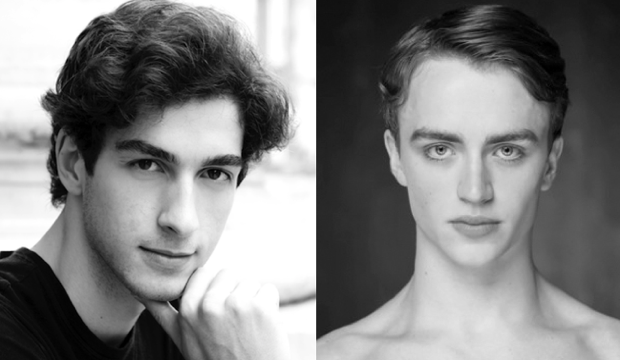 And so it was that we found ourselves in a small office somewhere in the labyrinthine entrails of the Royal Opera House talking about Polixenes, one of the principal roles in choreographer Christopher Wheeldon’s glorious take on Shakespeare’s The Winter’s Tale. 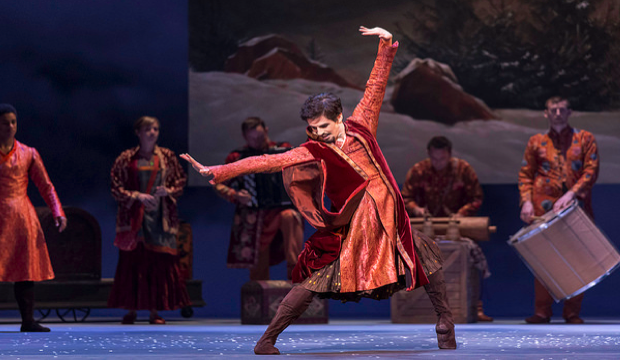 Federico Bonelli as Polixenes in Christopher Wheeldon's The Winter's Tale (c) ROH/Johan Persson 2014
‘He’s an interesting character, Polixenes,’ says Reece Clarke in his soft Scottish accent. ‘Throughout the ballet he goes on a journey himself.’

We first see Polixenes, King of Bohemia, as he is visiting his best friend Leontes, King of Sicily and Queen Hermione. All is fun and jollity; until pathologically jealous Leontes throws Polixenes out, suspecting him of adultery with Hermione.

Roll forward 16 years, and the jolly and seemingly uncomplicated Polixenes is now an angry and outraged father, resorting to all manner of disguises to spy on his son, who's in love with the peasant Perdita.

No more Mr. Nice Guy, Polixenes forbids the match. The lovers flee, pursued by Polixenes and end up in Sicily, under the protection of Leontes. There it is revealed that Perdita is, in fact, the daughter Leontes forsook as a newborn. The royal lovers’ union is blessed by both fathers, friendship is restored and all ends well.

A complex role, then. How difficult was it for Reece Clarke to embody that character?

‘It’s been quite a challenge in the studio through each act. I have to be in one frame of mind in the prologue and then completely contrast that in Act II, as I almost want to go and kill my son – I put a knife to his throat! It’s been a real range of emotions, but yes, it’s been a wonderful role to do.’

The character starts off as a much older man than either of these two dancers; and in the course of the ballet ages 16 years. That, surely, must present its own challenges in terms of dancing and characterisation? Reece Clarke:

‘It’s slightly challenging being a younger dancer doing a much older character, so you just have to put a mature head on and delve into the society of the time (…) but what I found easier, is that once you’re on stage and everybody is in costume, it just puts you in that zone.’

Matthew Ball’s take on Polixenes highlights other aspects of the role and the ballet as a whole:

‘Obviously the central character of the play is Leontes, the other king; so there has to be a polarity between the two of them. They’re both dignified, and king-like and regal; but Leontes is the more sophisticated.

‘Our character is a bit more … rustic.' Ball and Reece exchange an amused smile. ‘He is full of bravura, a little more earthy, and that’s what we have [to convey]. I saw the play about a year ago; it’s not the most perfectly written of Shakespeare’s plays perhaps, but in the ballet you can maybe mould it slightly better to create these, like, nuances.’

Matthew Ball sees the ageing of Polixenes as an interesting and unusual challenge for him at this particular stage in his career:

‘As he gets old, the character darkens and deepens… I want to explore a side I haven’t perhaps before. I’m not used to playing older characters, I tend go be doing slightly younger roles; and it takes a lot just to have that kind of pathos on stage.’

Both agree that there is a kind of energy in this ballet that is unlike that of classics such as Swan Lake; and that specific production devices contribute to put the dancers in the required frame of mind. With Reece Clarke nodding in full agreement, Matthew Ball says:

‘There’s, like, really nice lighting changes as well (…) that really represent a change in time, mood, perspective; and that’s really key. There’s one moment where we’re walking through the statues, me and Hermione, the Queen, and it’s all very innocent, but then we have these light changes and it’s Leontes’ perspective of us being lecherous.’

For both dancers, this role represents a step forward in what are already stellar careers: Ball is one rung away from the top rank of Principal, and Clarke, with two major awards in the bag – British Young Dancer 2012, Emerging Artist National Dance Awards 2016 – is surely not far behind.

Matthew Ball’s favourite role so far as been that of Romeo in MacMillan’s seminal Romeo and Juliet. As for Reece Clarke, when he first joined the Royal Ballet he used to be mostly drawn to the more technical roles, but things have changed a little:

‘As I started to progress a few years what’s been interesting me more is character roles, becoming a character on stage. So I’m getting a chance with Polixenes; it’s really interesting, I’ve not done something like this and I’m looking forward to my shows.’

With both dancers a product of the Royal Ballet School, there seems to be a lot of camaraderie between them, and no open rivalry. Each will bring something unique to Polixenes; both are excellent dancers and undoubtedly well worth seeing.