Drive: An Orchestral Rendition of the Soundtrack, XOYO

In 2011, Ryan Gosling took to the wheel and smashed a hammer through the ceiling of our expectations in Nicolas Winding Refn's neon-lit odyssey. As an unnamed driver with an unforgiving sense of violence, Gosling impressed with his steely darkness, opposite Carey Mulligan at her heartbreaking best and Oscar Isaac in one of his earlier roles.

The only thing more memorable than the film's affecting cast is its mystically good soundtrack, channelling the effervescent attraction of '80s synth pop and offering an ode to French electronica thanks to the film's composer, Cliff Martinez

The performance promises a note-perfect tribute as performed by some of today's finest classical musicians in London. Rather than a film screening accompanied by a soundtrack, this is a concert in itself.

Accompanying immersive visuals will set the tone, taking the audience to the hyper stylised world the film first imagined, but the focus will remain on the mesmeric music itself, brought to life at last. 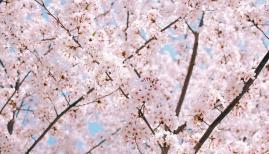 Things to do now to prepare yourself for spring