A Night of Reggae, Jazz Café

12 CW readers are interested
A Night of Reggae, Jazz Café A Night of Reggae, Jazz Café Anna Ellis-Rees
Camden’s Jazz Café is one of the best places in London to get your groove on to a show-stopping live band. Boasting an intimate but lively setting where you can dance, drink and dine, the Jazz Café is one of London’s most cherished music venues and clubs. It regularly showcases artists from across the musical spectrum, and has been home to performances by big names like Amy Winehouse and D’Angelo. In addition to hosting renowned weekend club nights, it also has an upstairs restaurant where you can watch the musical magic happen below. For one night only this August, the café is switching jazz for reggae, presenting an evening of off-beat riffs and chords performed by a full live band.

The event, ‘A Night of Reggae’, celebrates famed hits from kings of the genre including Bob Marley, his band the Wailers, Beres Hammond, Dennis Brown, UB40 and more.

Jamaican singer-songwriter Bob Marley is credited with helping to introduce reggae music to the world and remains one of the genre’s best-known, most-beloved artists. Throughout his career, Marley sold more than 20 million records, playing either solo or with his band the Wailers (who continued playing together following Marley’s death in 1981).

The night also features the hits of Jamaican reggae singer Beres Hammond, whose 1992 single ‘Fire’ saw him propelled to international stardom. Audiences will be able to hear hits from Barrington Levy’s album Acousticalevy, too, which was nominated for a Grammy Award for Best Reggae Album in 2016. The singer’s earlier work, which saw him receive the Best Vocalist prize at the British Reggae Awards in 1984, is also likely to be played.

The music of Marley’s favourite singer Dennis Brown, who recorded more than 75 albums over the course of his career, is also being played at the reggae night. As is that of Gregory Isaacs – who in the 70s was one of the biggest reggae performers in the world – and English reggae band UB40, who have had over 50 singles in the UK Singles Chart to date.

A Night of Jazz, Jazz Cafe 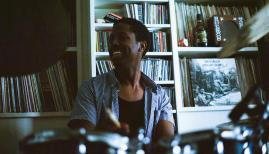 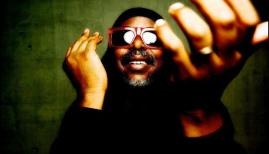 A Night at Ronnie Scott's Gala Concert, Royal Albert Hall
Sign up to CW’s newsletter
By entering my email I agree to the CultureWhisper Privacy Policy (we won`t share data & you can unsubscribe anytime).
12