Get the Best of London Life, Culture and Style
By entering my email I agree to the CultureWhisper Privacy Policy (we won`t share data & you can unsubscribe anytime).
Contemporary Music

Among the highlights of this performance is the world premiere of Where We Lost Our Shadows, a collaboration between Pulitzer Prize-winning composer Du Yun and Palestinian filmmaker Khaled Jarrar. Traditional South Asian raga music will be combined with poetry from Ghassan Zaqtan and footage of Jarrar’s journey from Syria to Europe with a group of refugees, immersing the audience in their authentic and enduring story-telling.

The folk ballad ‘Two Sisters’, which originated in 16th-century Norway and has since been re-interpreted multiple times across the world, will be played by folk artist Sam Amidon and composer Nico Muhly with Aurora Orchestra. Specially-commissioned animations from Ola Szmida and an arresting song cycle by Mahler will bring this musical collaboration to life.

Aurora Orchestra is an internationally-acclaimed chamber orchestra that challenges the way we experience classical music, combining orchestral performance with other forms of music and visual arts in its pioneering Orchestral Theatre series. Resident Orchestra at Kings Place and Associate Orchestra at Southbank Centre, the ensemble has been honoured with two Royal Philharmonic Society Music Awards and has collaborated with artists like Edmund de Waal and Björk.

Songs from the Road, Aurora Orchestra 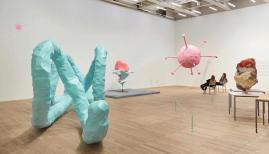