From Ed Sheeran to Hamilton, and from Monteverdi to Mozart and Tchaikovsky, singer and composer Roderick Williams draws no boundaries in music 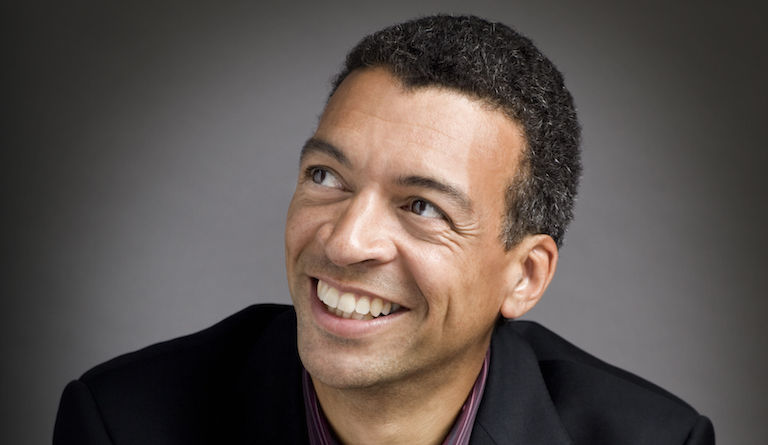 Baritone Roderick Williams is taking a leaf out of Ed Sheeran's book
Roderick Williams apologises for being a bit sandy: he is rehearsing for the Royal Opera's new year production of an opera based on the story of Ulysses, and in the title role as the heroic traveller he is being put through his paces in the company's studio space in east London.

There has already been a near-miss with a bucket of water, and the fun has hardly begun. Once Monteverdi's The Return of Ulysses moves into Camden Roundhouse the orchestra will be moving gently on a central revolve while the singers work round and across them. The audience will be seated in a full circle around them all, and everyone will get a unique view. In this highly democratic seating plan there is, the singer says, 'no forward'.

It's all a far cry from the heavy velvet curtain at Covent Garden, the prestigious front stalls and the afficionados' back-of-the-house amphitheatre – and that suits everyone involved, fond as they may be of the Royal Opera's base camp. Roddy, as his legions of fans and friends call him, does not think that opera has to bend over backwards to attract each new generation of audience, but he does applaud the democratisation of director John Fulljames's Roundhouse project. 'The Roundhouse has a "rock" feel about it,' he says.

He compares fashions in music to those in technology: 'We were talking about VHS between rehearsals; the days of video and a Blockbuster on every high street. They've all gone. But opera has been with us for hundreds of years. People have always wanted to tell stories in music. And I have a profound belief that this will continue ... that if an opera is strong enough, then whoever comes to it will be carried away by it.'

With three young adult children of his own, he watches out for signs that a love of classical music will run in the family. One daughter has just seen and loved Hamilton, having booked a year ago. Such forward-planning is by no means unknown in opera – Wagner groupies in particular are very quick on the draw when booking opens. Roddy's admiration is more for the vision of Hamilton's creator, Lin-Manuel Miranda. 'He picked the story of a forgotten man from a dry section of American history: he's got a story and he wants to tell it.

'I'm more and more obsessed with the idea that human beings love stories. It doesn't matter how weird a story is; as long as you tell it well, people are hooked.' 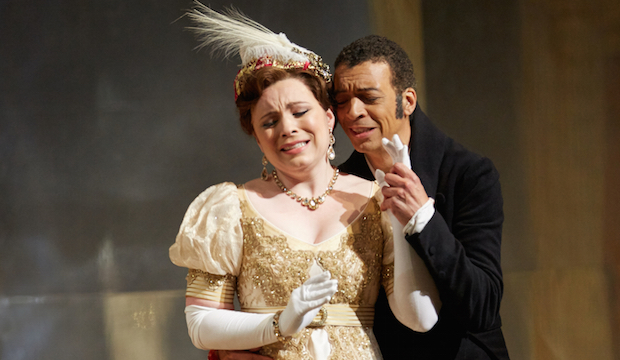 Roderick Williams was outstanding in the title role of Eugene Onegin at Garsington in 2016. Photo: Mark Douet

While he recognises that some people may be resistant to the idea of classical music, Roddy is convinced that many people know key works anyway. Or have weak spot. 'Dad .... classical music is quite boring,' one daughter told him. 'But then she came to a rehearsal of Carmen, and something lit up. Carmen became the exception, and then then there was another exception, and another...'

In the past, for his journey home he has shared a railway carriage with happy fans coming away from an Ed Sheeran gig at the O2, and marvelled at the power of pop music to get everyone singing. 'But everyone in that carriage would have known 'Nessun dorma' too!' The aria with its rousing 'Vincerò! Vincerò! Vincerò' – 'I will win!' – from Puccini's Turandot was the anthem of the World Cup in Italy in 1990, and has been much recorded by celebrities like the mould-breaking Three Tenors: the Spanish singers Plácido Domingo and José Carreras, and the Italian Luciano Pavarotti.

Now that rock and pop fans know every word of their favourite artists' new numbers by the time they get to the first gig, thanks to their digital life, Roddy thinks that classical music can learn a trick or two from this instant popularity. 'I wanted to try and challenge the idea that classical music isn't for everyone.' To this end, he is working on a project to take Schubert songs into schools in 2019, but with two vital selling points: one is that the songs have been translated, and well, into English – 'Taking away the language barrier shows how like pop lyrics they are'; and the other is that the children, like pop fans, will have become famiilar with the songs, through class work, before the performance. 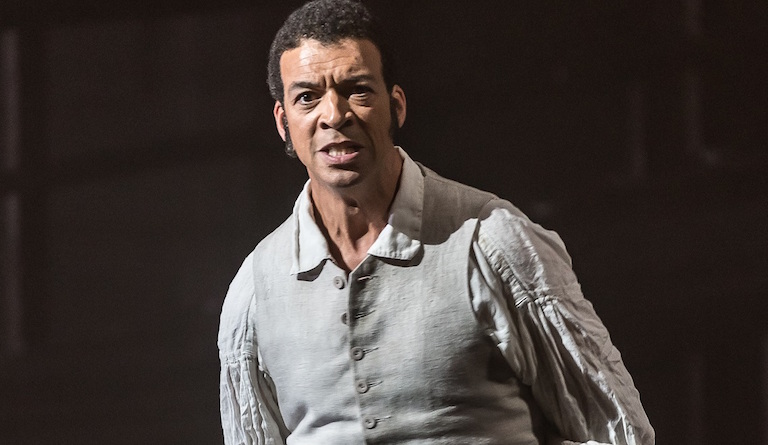 The experience will be different from his life as a recitalist, where most if not all the ticket-holders will already know the works, but there is a clear demarcation between artist and audience. 'At Wigmore Hall I don't ask people to join in the ones they know. But imagine Ed Sheeran telling everyone to stop singing!'

The English translation of Die Winterreise into Winter Journey mirrors the work done by Christopher Cowell on The Return of Ulysses. Like many singers, Roddy is conflicted about the need sometimes to sing in the audience's own language, and not the words that the composer set, with all the stresses in the right places. In The Return of Ulysses, even his own character's name is a problem: 'UL-y-sses' in English; but 'u-LI-sse' in Italian. He is perfecting a technique of borrowing a little emphasis from one syllable and leaning a little on another. Opera in English is a compromise, he says, but without translation there is another compromise: the audience doesn't know what's going on....

The singer is a composer too. He has just released a CD of works, including Christmas carols, sung by the rising young musicians of the Old Royal Naval College Trinity Laban Chapel Choir, in Greenwich. And while these singers are professional performers in the making, many of the songs on Sacred Choral Works (Signum Classics), are designed for amateur choirs. As presenter of the recent Radio 4 series Choral History of Britain, he is hugely impressed by the passion for choirs in this country.

But he admits to a blindspot: he doesn't like musical theatre. What, not even Guys and Dolls? No. Oliver!? No. 42nd Street? In short, Culture Whisper readers, we have a mission. The most popular singer in Britain needs our help...

In the meantime, with so much opera, English song and German lieder at his fingertips, his Christmas favourite is Silent Night. In English or German, I wonder? 'Both! People enjoy it in both languages, because they know what the words mean.' As he says, it's all about telling a good story.

The Return of Ulysses is at Camden Roundhouse, 10-21 January. Tickets cost £30-£90. Click here for more details and booking.
Share: