For the best Korean films, 2016 has November's Korean Film Festival

There are a whole range of films on show from hits of the past year to documentary and mise-en-scène shorts. The festival will open on 3rd November with female director Lee Kyoung-mi's The Truth Beneath. Below are some of the highlights (the full line-up can be found here).

Lee Kyoung-mi directs this innovative film which tackles local politics as we follow a the wife of a politician as she tries to find her missing daughter in the wake of a local election. It's the unusual and interesting narrative structure and performance by Son Ye-jin which makes this film one of our top picks.

Hong Sang-soo's interest in narrative form and structure is apparent in his filmmaking, where alternate events and outcomes are shown as equally real; his subjective side, more present in Yourself and Yours, focuses on psychological truths. This film tells the story of Minjung after she leaves the painter Youngsoo following a row, and we follow her in her attempts to start afresh. But what's really happening?

This 1955 classic film by Park Nam-ok was the first feature film to be directed by a woman in Korea. We follow Min-ja, one of thousands of Korean War widows who refuses to obey the Confucian codes and remain loyal to her husband when a young man whom she likes comes along. Never deteriorating into melodrama, Nam-ok's story provides a rare female gaze into the lives of women in the aftermath of war. 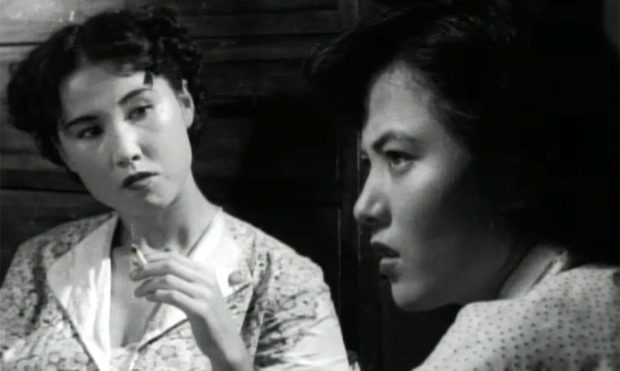