Is it a sin to love out loud? Maybe a lot of teenage loners aren’t going anywhere fast, aren’t taking enough time to engage with the world around them and contribute any kind of progress – but the volume with which they feel for the things that make them happy at least does something to shake up the airwaves.

It’s been said about fangirls and hardcore metal fans, but Gurinder Chadha’s Blinded by the Light tells the story of one Pakistani boy in Luton with a permanent look of apprehensive frustration on his face, one who learned more about embracing the sounds of hope thanks to one man: Bruce Springsteen.

The film is based on a true story – not one that made history books, but maybe one that, after office hours and behind closed doors, had something of a similar impact. Not every music fan travels and screams and stomps and spends every last penny they have, and not every one makes headlines. But with a filmmaker as big-hearted and patient as Chadha, the story of Javed (a thinly veiled Sarfraz Manzoor, the journalist who penned his memories depicted here) takes centre stage.

A young man dreams of a better life and connects with the heroic aura of another man in order to ‘find himself’. It sounds generic, and in lesser hands Blinded by the Light could have been a squeamishly self-indulgent look at another kid who believes in himself a bit too much. It’s Chadha’s hopeful direction, when moulding the potential of relative newcomer Viveik Kalra, that skyrockets the film's credibility. 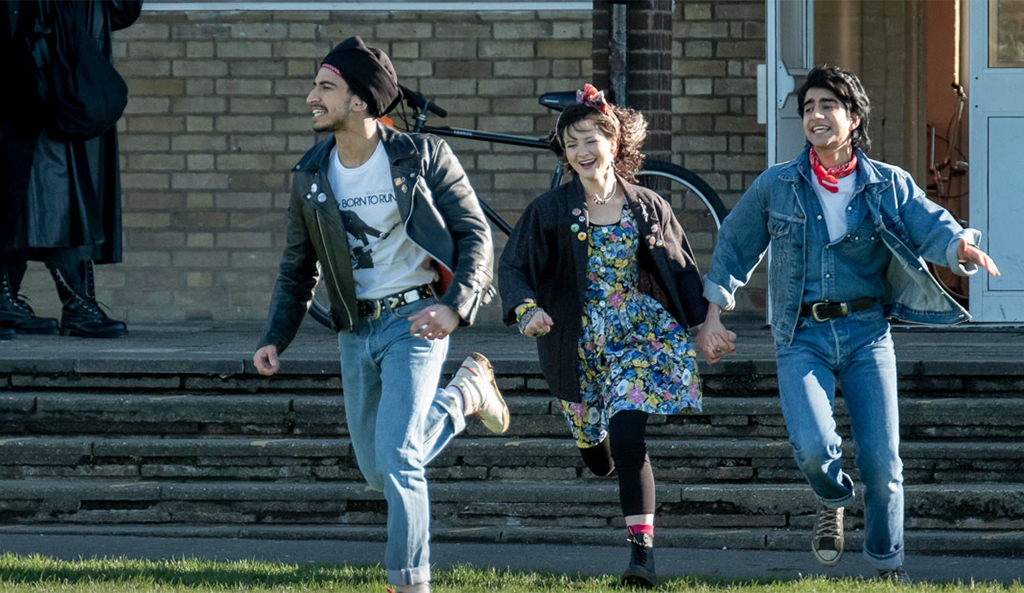 With perpetually knit eyebrows and eyes big enough to swallow a city, Kalra stakes his claim as a triumphant mascot of youthful angst – passionate enough to ring true but still sufficiently restrained to maintain integrity. At war with his parents’ expectations and his classmates’ synth-obsessed style, Javed shuffles around in his ill-fitting polos and mumbles every word until he’s given a reason to shout it out loud.

The film doesn’t tiptoe around its infatuation – Springsteen is named and heard, as the brightest tracks from his back catalogue are played without filter. For fans of the Boss, it’s a treat, and for those less familiar it offers a thorough and harmless insight into the fandom. The songs are imagined, sung, written out and even projected onto garage doors: no tribute is too romantic for the love of this boy’s life.

Blinded by the Light operates like a movie musical, and Kalra often has to carry a tune. But this is no Rocketman, and the coming-of-ager blends fantastical elements without losing sight of its humble core. Casual and incessant racism throws stones through the windows of Javed’s life, and the precarious state of working-class life under Thatcherism lays a crucial backdrop that anchors the silliness of every song and dance.

A familiar huff or an exaggerated eye-roll point to Chadha’s unapologetic care for the uncool, the unpolished characters who are all the more loveable. This brand of comedy can spread a bit of a cheesy blanket over the picture – but because every performance beams with such bravery and the story never loses sight of its place in a still struggling, still conflicted world, it feels tremendous. Springsteen fans: rejoice. Sceptics? We softened – there’s no reason you couldn’t, too. 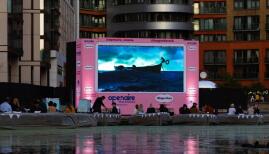 Blinded by the Light