Brian Welsh directs a picture of Glasgow 1994 in a coming-of-age movie with a ferocious, thumping edge

The bass is thumping, fast and uninterrupted. Two boys on opposite ends of a phone call are convulsing enthusiastically to a new track pumping energy through their veins. Beats plays out in Glasgow, over the summer of 1994, through the lives of teenagers Johnno (Cristian Ortega) and Spanner (Lorn Macdonald).

They follow the music widening their worlds – on airwaves and dancefloors. They want to rave, they want to live as big as they can for one last summer, while stifled by their overbearing families and, well, the law.

It might sound like a dystopian fiction, but the story is steeped in reality. The Criminal Justice and Public Order Act clamped down on rave culture in the UK in the late 1990s, aiming to eradicate this dizzying partying defined by a specific kind of music, which ‘includes sounds wholly or predominantly characterised by the emission of a succession of repetitive beats’.

Director Brian Welsh relishes this prohibition, bringing the hedonistic yearning of the two boys to the fore in a sprightly and spunky coming-of-age film (itself based on a play by Kieran Hurley) with a particularly ferocious edge.

Johnno, a timid young man, has to appease his protective mother and policeman stepfather. Spanner is ducking the punches from his abusive older brother, riling up Johnno to get the hits of adrenaline from wherever they can, while they can. 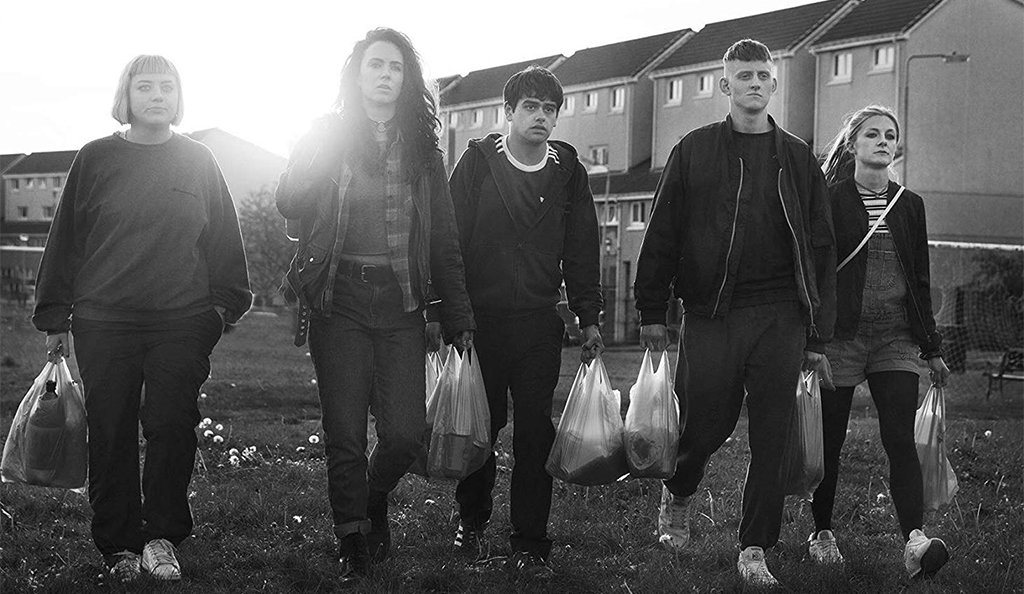 It’s not a noticeably revolutionary concept – two likeable, somewhat opposite, boys go looking for fun before they have to grow up. But Ortega and Macdonald bring this to life with unparalleled energy, in astonishing, gutsy performances that are so easy to love.

And crucially – the music, this kind of music, matters more than it ever has: Outlander, The Prodigy, Plastikman, JD Twitch, Hudson Mohwake, Ultra-Sonic are all on the soundtrack for Beats. It’s unrelenting, irresistible, and audacious dance music, fuelling endorphins into any bystander lucky enough to walk into this party.

The taut black-and-white picture zips along through sketches of freewheeling youth easily. Colour is used niftily, giving unpretentious dignity to the illegal substances snuck into bloodstreams, following and reappropriating the blueprints established by the likes of Trainspotting and Climax.

But this is worth more than an impulsive mistake – Beats skilfully captures the urgency of the moment, balancing hungry, visceral selfishness with a politicised ambition to challenge the shackles suffocating a good time. 'The only good system is a sound system', explains pirate-radio DJ 'D-Man', 'and if I can't dance to it, it's not my revolution'.

Weakness lies in the empty spaces when you're not dancing, drinking, taking and feeling every rush that every beat sends through your bones. In its earsplitting appetite, Beats tears through the feeble noise of the status quo to celebrate a bygone time of fearlessness, of rule-breaking exhilaration that an audience at any moment in history can feel akin to soak up. It's intoxicating.