Jim Cummings stakes his claim as a fresh tragi-comic auteur to watch with Thunder Road, telling the story of a Texan police officer on the brink of a breakdown

'If you see me wrestling an alligator, help the alligator.' Jim Arnaud, the protagonist in Jim Cummings' self-starring feature Thunder Road, is not alright. Reeling from the death of his mother and losing custody battle with his ex-wife, Jim fights to keep his life from spinning out of control. Building on the mumblecore style of filmmaking – a subgenre that languishes in anti-Hollywood dialogue of half-formed sentences and hyper-realism – Thunder Road is a melancholy comedy that captivates.

Adapting his own short film, Jim Cummings also directs and stars, giving one of the most emotive and multi-faceted performances of the last few years. Echoing certain shades of Napoleon Dynamite, Cummings has perfected his comic delivery, but while also capturing the brilliantly expressive monotone of actors like Casey Affleck.

With his sunglasses constantly hanging around his neck, Jim fails to hide the fact that his life has become a steadily spiralling mess, but struggles to receive the help from those around him that he so clearly needs.

It is a testament to Cummings' brilliantly personal writing that sympathy and pity felt for Jim never turn to annoyance at his preventable self-destruction. Cummings turns the spotlight onto the people in Jim’s life, who offer nothing more than meaningless dinner invitations and the same empty phrase: 'If you need anything…'. If the film suffers at all, it is from the mumblecore trope that supporting characters are universally unkind to the protagonist. Whilst this can sometimes lend reality, it feels like overkill here. 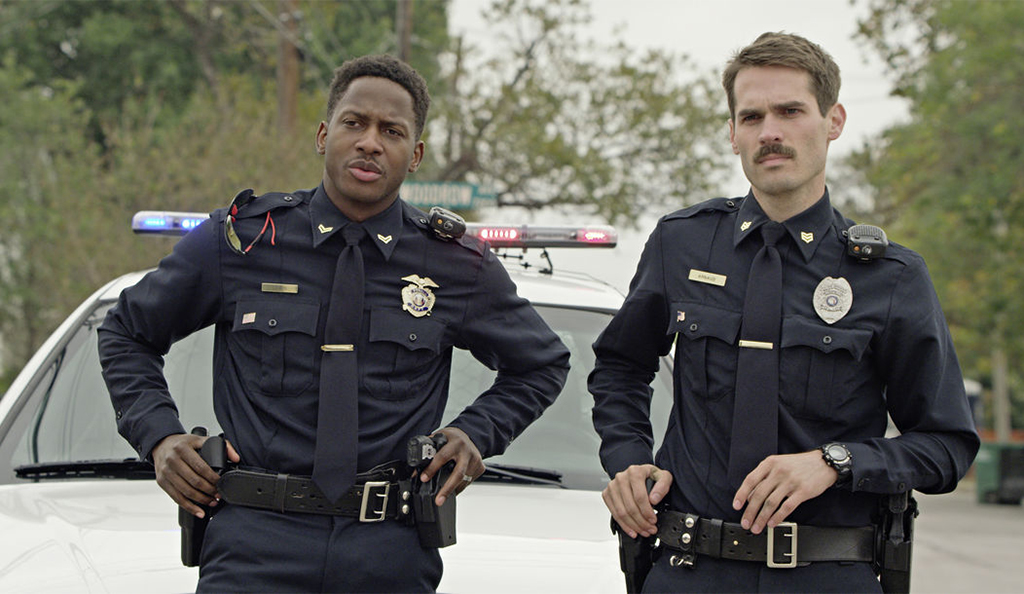 Exploring masculinity and grief with impressive self-awareness, Cummings’ script takes other aspects of the genre and runs with them. Every line seems as if it is spoken off the top of the characters’ heads, but the poignance and hilarity give away the precision with which they were written.

Cummings isn’t afraid to allow Jim his lengthy rambles, wonderfully complimented by long, single-take camera shots. These ground the film with the sentiment that Jim’s life is a performance of forced normality, a quickly eroding façade. 'Talking about your problems never helped anybody, ever,' he claims.

Even as the late stages of the film develop with a certain amount of predictability, Cummings doesn’t shy away from letting his message sink in. Thunder Road offers a corny comment on mental health, perhaps, but it resonates so strongly within the story that the point never feels condescending or anticlimactic.

The film may be best in the moments of everyday levity, but the gut punches sting. With a little more directorial flourish and perhaps a dash more self-indulgence, Jim Cummings could become the world’s next tragi-comic auteur. But only if he has a hand fighting that alligator.