Your essential holiday guide: what to read on the beach 2015, 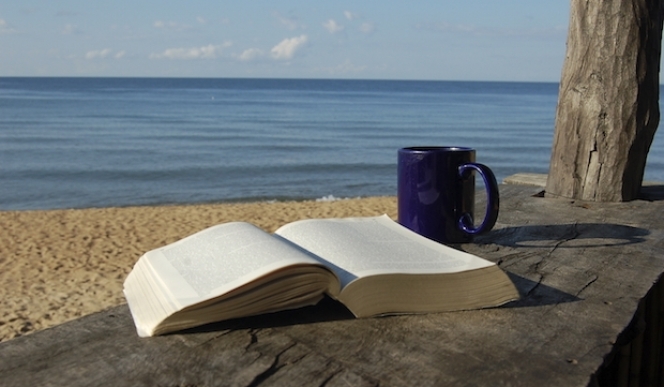 What to read on summer holiday 2015
It's that time of year again, when you can finally escape London's noise and smoke, stretch out in the shade and catch up on the hot literary releases you've been too busy to sink into.

But what to pick? When it comes to reading books on the beach, you have to choose wisely. Some are just too dark, others too heavy - and then there are those that are just right: smart, lovely reads, that play on your mind but won't weigh down your holiday joie de vivre.

We've rounded up our favourite beach books for summer 2015.

Alexandra Shulman's second novel has all the things you'd expect from a British Vogue Editor: her cast of characters are well-heeled and gorgeous. They are calligraphers, oligarchs, gallerists, fashionistas, who live in Mayfair and Hampstead and Instagram obsessively. Yet Shulman is too wry to allow everything to be as it seems, exposing ugliness and deceit behind these glittering veneers. Gently satirical, occasionally implausible and thoroughly readable.

It's a sultry summer afternoon in 1936 and stage actress Nina Land has just witnessed an attempted murder, in a hotel room she isn't supposed to be in. Meanwhile, a serial killer stalks the West End, where the thespian lifestyle full of seedy behaviour and excessive drink has taken its toll on theatre critic Jeremy Erskine. Anthony Quinn's 1930s-set crime novel is so much more than a whodunnit: it's an exquisitely written comedy of manners, that toys with genre convention whilst painting an engaging, astutely observed picture of interwar London. A delight.

The literary world is waiting with bated breath for July 14 when, 55 years since To Kill a Mockingbird, Harper Lee will publish a new book. Go Set a Watchman picks up where To Kill a Mockingbird left off, and sees Scout as an adult living in New York in a time of seismic political change, in a situation at odds with her Alabama childhood. The novel was written in the '50s before Mockingbird, but presumed lost until last year. It has already smashed all presale records, so order your copy now. This is the literary event of the year.

A God in Ruins, Kate Atkinson

Kate Atkinson must been feeling pretty triumphant. Last year, her novel Life After Life outsold every paperback but two: Gone Girl and some Dan Brown book or other. This year, A God In Ruins looks set to do the same. The book's protagonist follows Teddy, the younger brother of Life After Life's protagonist, an RAF pilot and poet, who is shot down but, miraculously, survives. We follow his life as he marries, makes a home, has a child. This doesn't sound like the most exciting material to work with. But Atkinson's taut, stylish prose, clever narrative device and that devastating plot twist, ensure you'll be gripped.

A tale of love, grief, betrayal and reconciliation, the protagonist Julian’s fall begins the moment he sets eyes on Julia, a woman eight years older than him with an unconventional past. Ignoring all the warnings from both friends and the pages of Milton’s Paradise Lost, the couple discover they’re not quite what they seem to the other and that even the kindest of lies can devastate a family. With lyrical prose and masterful plotting, Polly Samson explores the tragic consequences of Julia’s secret from both sides.

Chimamanda Ngozi Adichie’s latest novel Americanah blew us away. It tells the story of Ifemelu, a young Nigerian woman who moves to the United States to complete a university degree while leaving behind her childhood sweetheart Obinze. This love story - and page turner - is in fact a fabulous exploration of what it is to be a black woman in a white world. You come out of it looking at the world differently and eager to read the writer’s next novel.

How to be Both, Ali Smith 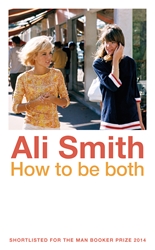 Booker-nominated, Baileys prize-winning How to be Both is a shining example of structural innovation with a witty riff on the dualistic title built into the prose as two stories illuminate one other. And the inventive force of this novel went beyond the written word: the split structure was also reflected with two simultaenous editions of the novel, showcasing the parallel structures and leaving the order through which each reader experiences the stories up to chance.

Vanessa and Her Sister, Priya Parmar

There's no shortage of writing on the Bloomsbury Set, but Priya Parma's novel is a truly impressive and original reimagining. The novelist takes the sisters at the heart of the gang, Virginia Woolf and Vanessa Bell, and shifts our gaze. The focus is, for once, Vanessa, the more elusive, less mythologized of the sisters.

This new perspective shakes up the familiar old Bloomsbury entanglements: we see the pain cause by a philandering Clive Bell, the frustration of a tortured, needy sister and the tenderness of motherhood. Vanessa, so often defined by her relationships with other people, is allowed to stand alone.

Books for the Beach: Non-Fiction and Memoir

Helena Attlee takes us on a sensuous journey through Italy's thickly scented citrus groves in this beautifully written travelogue. The book is heavy with aromas of Sicilian mandarins, lemons from Lombardy, Calabrian bergamots blood oranges lit from the fire of Mount of Etna. We trace the history of Italy's scented gardens back past the Medici, to the Romans and then to Malaysia and China, where the genus began. An evocative love-letter to Italy that leaves a sweet taste in the mouth.

On The Wilder Shores of Love: Sketches from a Bohemian Life, Lesley Blanch

Twentieth Century Europe gave us many poseurs; mimics who invented their own Bohemian mythology and sought admiration for it. But history has also given us one or two true originals. Lesley Blanch, who died in 2007 age 103, was one of these.

An artist, set designer writer and adventurer, Blanch travelled the world, seeking love and beauty (her motto was "travel heavy") and leaving a captivated trail of men and women behind her. Blanch's god-daughter Georgia de Chamberet, has collected together her unfinished memoirs and interspersed them with a selection of her travel writing and Vogue articles. The result is a delight: a portrait of an aesthete whose life spans the twentieth century.

Full of all the knowing humour that we’ve come to expect from Jon Ronson, So you’ve been Publicly Shamed delves into the gossipy demises we all secretly love to pore over. But this is no mere guilty pleasure. Like The Psychopath Test before it, this new study of human foible is supported by spine of psychological insight.

Absorbing enough to get you through long waits in airport lounges, it’s also easy to dip into between dips in the pool. Good luck trying to read more than a few pages without stopping to read a juicy tidbit aloud to your holiday companions.

H is for Hawk, Helen McDonald

Winner of the 2014 Samuel Johnson prize, Helen Macdonald’s H is For Hawk is a rare, rare thing. It is about death: Macdonald’s father dies of a heart attack without warning. The grieving daughter retreats into her childhood obsession with falconry, and begins to train a goshawk called Mabel. This is where the book is about life, too: Macdonald’s novel is quickened with the elemental, ancient wildness of these birds of prey. Mabel’s savageness fills the house “as a bowl of lilies fills a house with scent’ and Macdonald begins the long process of training her. Astonishingly well-written, this book provides a fascinating insight into the arcane world of falconry. But more than this, we learn about human nature, the process of grief, and some primitive wildness that we still crave.

Get to grips with the warm palette and geometric shapes of the radical Post-Impressionist Paul Cézanne, who abandoned the bustle of Paris for the rolling hills of Aix-en Provence in the south of France, with Christopher Lloyd’s new publication. This gorgeous book on the life and artistic development of permanent outsider Cézanne will fit right in on a holiday getaway.