Ahead of booking, here's our guide to Glyndebourne: tickets, travel tips, dining etiquette and what to wear for England's best opera festival 2016 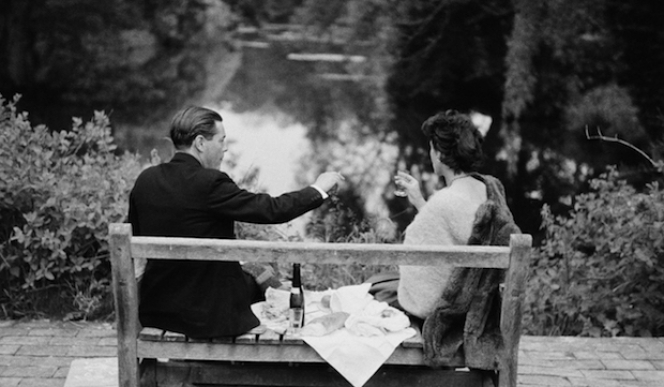 Shows, Style and Picnics: Glyndebourne Opera Festival 2016
A visit to Glyndebourne is seldom anything less than a marvel. Founded in 1934 within a sixteenth century mansion, its purpose-built theatre now hosts one of the world’s finest opera festivals. Every year, it mounts half a dozen productions with impeccably high standards and tantalizingly fine casts, easily rivaling the capital’s offerings.

But as well as a first-rate musical line-up, it also offers an enchanting experience. The gardens – praised by no less an authority than Vita Sackville-West – demand to be explored. The South Downs, those most quintessentially English of hills, roll majestically in the distance. A trip to Glyndebourne is very much a complete day out. Performances tend to begin just before 5, and include a ninety-minute interval during which one can dine at a leisurely pace.

For first time visitors, it can be bewildering. This is our complete guide to enjoying one of the classical year’s greatest highlights.

Booking for the 30 under 30 Glyndebourne young person discount opens on 29 February.General public booking opens Monday 7 March either 12.01am online or 10am by phone.

There’s no denying that Glyndebourne is pricey, with the best seats selling for £250, and only the most distant places going for less than £100. You can choose to stand for £10, although there are limited spaces available. If you find yourself unable to book a ticket, do not lose too much sleep. Several performances will be broadcast in cinemas, allowing you to at least experience the music.

How to get to Glyndebourne: travel tips

Abandon all notions of a romantic road trip, leaving the broadways of the city to loll around tumbledown country lanes. The theatre has a 1,200 people capacity, and a large proportion of those seats will be taken by others travelling by car from London. The journey takes around two hours at the best of times, and the weeks of the festival are invariably and frustratingly congested -- so leave early if you're driving to Glyndebourne. Plus, with champagne practically a staple item in the Glyndebourne diet, the driver’s burden is not one to be envied.

It’s far easier to embark on the train from Victoria to Lewes, before taking one of the free coaches to the festival itself. These correspond with the recommended train time on the festival’s website, which vary somewhat but usually leaves at 1.47. If you want to spend the day exploring Lewes – which boasts medieval architecture along with houses associated with Anne of Cleaves, Thomas Paine and Virginia Woolf – it’s wise to head early in the morning. The popular mid-afternoon train, though, is a site to behold, filled to the brim with opera attendees in their finery alongside a handful of bemused commuters. About thirty minutes after the performances, the fleet of coaches returns to Lewes in time for the late trains.

What to wear: Glyndebourne style tips

Tired of Covent Garden’s heterogeneous get-up, where dinner jackets mingle with jeans? Long to look like you’re in an interwar period drama? Then Glyndebourne is the place for you. John Christie, the festival’s founder, prescribed formal dress as a way to show respect to the musicians. Although you won’t be thrown out for forsaking formal attire, it’s still the norm.

It goes without saying, then, that black tie is de rigueur for male attendees. Women have more choice: cocktail dresses are popular with younger visitors, while those slightly older often choose to sweep the floor with their glitziest couture. The fashion parade, akin to that before a ball but often more eccentric, is part of the festival’s joy. Stilettos sinking into pristine lawns, however, is not. Consider the rural setting when choosing footwear.

The English summer is a fickle beast, and even warm days often cool down at night, so it’s worth bringing a coat, wrap or other warm layer to defend against showers and gusts. For those unable to dress before arrival, changing facilities are available near the car park.

Dining at Glyndebourne: Picnics and Parties

Glyndebourne boasts three restaurants, each of which must be booked in advance. Each offers a luxurious menu, ordered as a set number of courses; in terms of price and quality, there is little difference between them. The festival also provides similarly sumptuous picnics, for which you can book furniture and a personal waiter.

But the real Glyndebourne tradition is to sit on the lawn with your own picnic basket, stuffed to the brim with the most delectable delicacies the capital can furnish. There will likely be more Fortnum’s hampers on display than in the estimable shop itself. If there’s no room for wine, such refreshments can be purchased at the Long Bar throughout the day.

What's on at Glyndebourne: Programme 2016

Highlights of this year's programme include David McVicar's 2011 production of Wagner's Die Meistersinger von Nürnberg starring Gerald Finley as Hans Sachs, which is unmissable for committed Wagnerians, and likely to sell out in a flash.

At the more experimental end of the spectrum, there's the only opera to have come from a comic strip, Melly Still’s magical production of Janáček’s The Cunning Little Vixen (revival, 2012). Still’s vision balances a fine naturalistic sense with elements of Eastern European folktale and cartoon to deliver a world of animals bursting with colour, while humans exist in monochrome frustration, in a story as fierce and unsentimental as nature itself.

Another treat is Michael Grandage’s 20th century take on Mozart’s Le nozze di Figaro (revival, 2012): the lingering innocence of the 1970s feels unexpectedly apt for this opera, which becomes the ultimate, champagne-tinted fin-de-siècle house party in Grandage’s hands. With wonderful period costumes and extraordinary sets, watch out for the fishpond finale.

There’s a chance to learn Figaro’s back story, and see Glyndebourne’s modern-day chatelaine sing on her own stage, when internationally acclaimed soprano Danielle de Niese takes on the principal role of young beauty Rosina in a new production of Rossini’s Il barbiere di Siviglia, directed by Annabel Arden: expect riotous comedy (some of it involving a ladder) and stratospheric singing.

To celebrate Shakespeare’s 400th anniversary, Glyndebourne offers a new production of Berlioz’s Béatrice et Bénédict, based on Much Ado About Nothing, directed by Laurent Pelly, and also revives Peter Hall’s 1981 production of Britten’s elegant, mysterious A Midsummer Night’s Dream, with Tim Mead as Oberon and Kate Royal as Helena: that’s the one David Bowie would choose. In fact, the last we saw that opera, Oberon was played pretty much as Bowie himself throughout.