As Fleabag fever continues, Phoebe Waller-Bridge immortalises the series in a book, Fleabag: The Scriptures 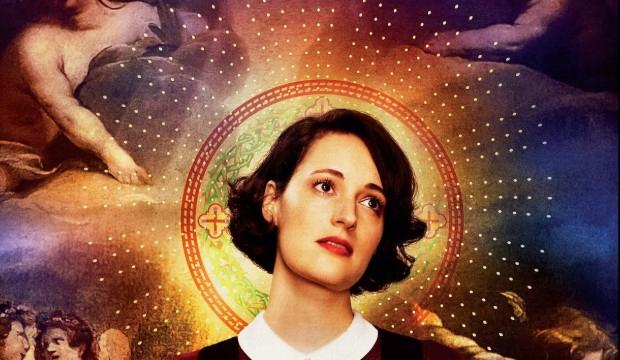 Phoebe Waller-Bridge - Fleabag: The Scriptures
You've seen the play, watched the series and now you can read the book. Fleabag, Phoebe Waller-Bridge's generation-defining comedy will be captured in print with the publication of the scripts.

The early adopters among us may already have a Fleabag volume in our bookcase; the script of the original one-woman play is published by Nick Hern Books (you can buy it here). But the comedy has evolved and expanded since the monologue that first piqued interest at the Edinburgh Fringe Festival in 2013, then snowballed in popularity as it was adapted into two spin-off BBC series. 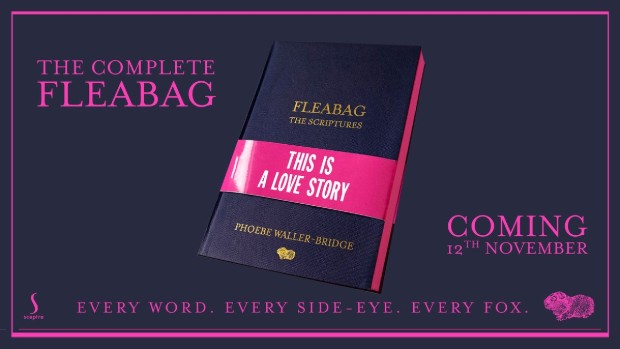 Fleabag: The Scriptures is the first time the TV series scripts will be published. It includes series one and two, along with never-before-seen stage directions. Publisher Emma Herdman, who secured the book for Sceptre, says: 'Fleabag: Scriptures showcases all we’ve loved about Fleabag, but also proves that what we’ve seen on our screens is only the tip of the iceberg. The reading experience, with the stage directions and Phoebe’s original work, is just as rich as you’d imagine.'

The behind-the-scenes content is glimpsed in a brief extract of the book:

Her coat falls open. She only has her bra on underneath. She pulls out the little sculpture of the woman with no arms. It sits on her lap. Two women. One real. One not. Both with their innate femininity out.

Phoebe Waller-Bridge - Fleabag: The Scriptures at the Southbank Centre

We've kept our ears to the ground for news about any public appearances from Phoebe Waller-Bridge in the lead-up to the publication date of her new book Fleabag: The Scriptures, and at last, our prayers have been answered. The inimitable actor, producer and writer will discuss her new title on stage at the Royal Festival Hall, an apt setting which which harks back to the theatrical roots of the genre-era defining comedy which began as a one-woman play at the Edinburgh Fringe Festival.

Fleabag: The Scriptures immortalises the series' scripts in print, including never-before-seen stage directions as well as juicy new writing from Waller-Bridge. No doubt she will bring her off-kilter and razor-sharp wit to the stage, and, as if things couldn't get better, she'll be in conversation with Deborah Frances-White, host of the hit podcast, The Guilty Feminist.

Ticket sales open at to the general public at 10am on Friday 8 November here.

If you're not lucky enough to bag tickets to the Southbank talk which will no doubt sell-out fast, then you can still celebrate the book's publication with tinned cocktails, insightful panel discussions and a party full of Phoebe Waller-Bridge disciples. At 6:30pm on Monday 11 November, the evening before the book is published, Waterstones on Gower Street is hosting a launch party.

TV columnist and Twitter's reigning queen of pop culture Bolu Babalola, poet and Instagram sensation Charly Cox (She Must Be Mad), and writer and comedian Monica Heisey will lead a discussion on the Fleabag phenomenon.

And ticketholders can secure a copy of Fleabag: The Scriptures (signed by Phoebe Waller-Bridge) ahead of the rest of the UK. Tickets are £25 including a limited edition copy of the book, or £10 for standard entry. All tickets include a drink. Rumour has it there will be tinned M&S G&Ts. Click here to book now.

Fleabag: The Scriptures will be published on 12 November 2019 in hardback and eBook. Click here to pre-order.