A guide to the 2019 Booker Prize longlist

Brush up on the Booker Dozen: everything you need to know about the 13 books nominated for 2019's Booker prize 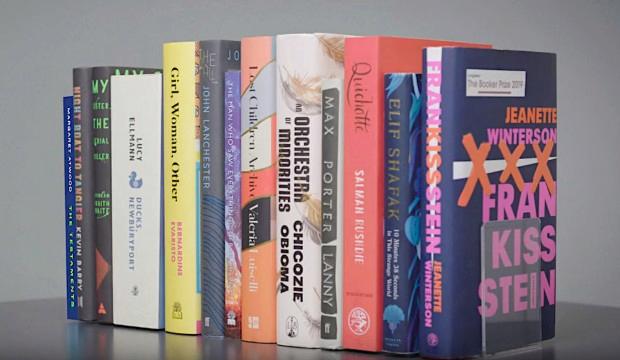 A guide to the 2019 Booker Prize longlist
Titans of literature sit alongside rising stars in the longlist of 13 novels in the running for the 2019 Booker Prize. It's a balanced and diverse selection, dominated by female writers, featuring a mix of different nationalities and sharing a rather serious, political theme.

'There are Nobel candidates and debutants on this list,' says chair of the 2019 judges and founder of the Hay Festival Peter Florence. 'There are no favourites; they are all credible winners. They imagine our world, familiar from news cycle disaster and grievance, with wild humour, deep insight and a keen humanity. These writers offer joy and hope. They celebrate the rich complexity of English as a global language. They are exacting, enlightening and entertaining. Really – read all of them.'

So whether you're preparing to read your way through all 13 books, or just looking for ones that will interest you most, here's our guide to the longlist. 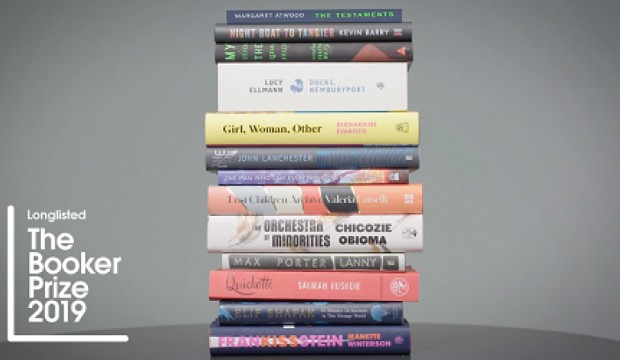 The books to pre-order and prepare for

The Testaments by Margaret Atwood, published 10 September
We told you the sequel to The Handmaid's Tale would be big. And we told you to pre-order it. Clearly the Booker judges agree. Though the plot of The Testaments is a closely-guarded secret until it is published on 10 September, those with a coveted advance copy (and the accompanying non-disclosure agreement) have deemed it worthy of a prize. Atwood's already won the Booker (for The Blind Assasin in 2000) and this is the sixth time she has been nominated.

Quichotte by Salman Rushdie, published 29 August
After winning the Booker in 1981 for Midnight's Children, Salman Rushie is in the running once again. Drawing on Don Quixite, Quichotte follows a travelling salesman across the USA. The judges deemed it a 'picaresque tour de force of contemporary America, with all its alarms and craziness'. But readers will have to wait until publication day on 29 August to give their verdict.

The Man Who Saw Everything by Deborah Levy, published 29 August
Deborah Levy tells the same story is two different time frames using what Booker judges describe as a 'playful and complex structure'. The Man Who Saw Everything follows a self-obsessed historian called Saul who gets hit by a car on the Abbey Road zebra crossing. In one version of events, he dusts himself down and continues with life. In another version he is gravely injured. Don't be fooled by the Sliding Doors style concept - Levy is a provaktive, artful writer who already boasts two Booker nominations (Hot Milk in 2016 and Swimming Home and Other Stories in 2012).

The books to read now and catch up on

My Sister the Serial Killer by Oyinkan Braithwaite
Nigerian writer Oyinkan Braithwaite is the only debut novelist on 2019's longlist. Her bitterly-funny genre-busting story of violence has signalled the arrival of a distinctive new talent. My Sister the Serial Killer follows a Nigerian woman dealing with fallout when her beautiful younger sister gets a taste for slaughtering boyfriends.

Frankissstein by Jeanette Winterson
Despite counting a BAFTA and CBE among her many accolades, Jeanette Winterson has never been nominated the Booker before. But her radical re-imagining of Mary Shelley's Frankestein, re-located to Brexit Britain with a transgender doctor called Ry, has earned her a place on the longlist. Unwrapping the binary notions of sexuality and humanity, it's a dizzying blend of romanticism and science.

10 Minutes 38 Seconds in This Strange World by Elif Shafak
While the Turkish government continue to persecute Elif Shafak, the literati continue to celebrate her feats of story-telling. 10 Minutes 30 Seconds in This Strange World is a fearless book, taking an exacting view of patriarchal violence. Set in Istanbul, it's a collection of sensory fragments and experiences remembered by murdered sex worker Leila in last, painful, minutes of her life.

Night Boat to Tangier by Kevin Barry
Comedy and crime come together in Night Boat to Tangier. Irish writer Kevin Barry's third novel follows a pair of gangster from Cork who are keeping vigil at a ferry port in Spain. The judges described it as a 'rogue gem of a novel' praising the way in which it infuses poetry and pathos into a pacy plot.

Ducks, Newburyport by Lucy Ellmann
Lucy Ellmann is the only American writer on this year's shortlist (after recent controversy over the Booker becoming too dominated by American writers). Ellman's Joycean stream of consciousness captures the rolling thoughts of an Ohio house-wife in a single sentence – that spans 1,000-pages. But the judges assure urge us not to be put off by the challenging form and dense structure, describing the Ducks Newburyport as 'extremely funny' and ' full of puns and jokes'.

Lanny by Max Porter
Max Porter's second novel is a feat of potency, poetry and strangeness. Lanny tells the story of an English village where myth and reality merge through past and present. Playful typography makes words leap from the page, while a cacophony of voices draw you into the fable.

An Orchestra of Minorities by Chigozie Obioma
After winning a spot on the Booker shortlist for his debut novel The Fisherman, Chigozie Obioma is back in the running with a meticulous yet mystical romance. Drawing together Homer's The Odyssey with Igbo myth An Orchestra of Minorities tells the story of chicken farmer who makes a sacrifice to save a desperate woman, then attempts to better himself to win her heart and her family's approval.

The Wall by John Lanchester
Welcome to a dystopian near-future world ravaged by 'The Change'. There's a vast barrier all around the British coastline to prevent anyone leaving or arriving. The apocalyptic vision of John Lanchester's The Wall is rooted firmly in the world around us, and makes for alarming reading.

Girl, Woman, Other by Bernardine Evaristo
Twelve characters share insights on what it means to be human in Bernadine Evaristo's innovative exploration of black womanhood. Instead of neatly linking, the different voices chime off each other to show how individual experiences can feel universal.