A live-recording of the sold-out 2019 Wyndham's Theatre production will be available to stream online, raising money for coronavirus relief charities. Proceeds will be split between the National Emergency Trust, NHS Charities Together, Acting for Others and the Fleabag Support Fund.

Those in the UK can watch Fleabag through Soho Theatre's On Demand platform here. There a five different purchase options, starting at just £4 and allowing you to 'rent' the show for three weeks.

Fleabag fans in America can watch the show on Amazon Prime.

Before the Hot Priest and obnoxious God Mother, before the BAFTAs and Broadway transfers, Phoebe Waller-Bridge's Fleabag started out on stage.

In a fitting farewell to her fearless, feckless comic creation, Waller-Bridge plays Fleabag for the final time in a West End revival of the original play. It’s the same 65-minute monologue that opened at the Edinburgh Fringe Festival in 2013, but the context of the show is wholly different.

Since snowballing, gaining cult status with each transfer and inspiring two blockbuster TV series, Fleabag is a global phenomenon.

When we saw an early incarnation at the Soho Theatre, Fleabag was a buzzy but low-budget fringe piece by a promising newcomer. The stark examination of promiscuity and vulnerability drew audible gasps, and the wry asides to the audience felt thrillingly fresh.

Waller-Bridge may play the same character in the same black skinnies and red jumper, but in 2019 she’s an in-demand creative, a figurehead for feminism, the toast of Hollywood, deified by Vogue, torn apart for being too white and middle class.

She is a world away from the hapless tear-stained twenty-something obsessing over sex to distract from her crushing guilt, grief and loneliness. Waller-Bridge still plays the part she wrote with vitality and instinctive comic timing.

It is the atmosphere that is different: the West End audience clamoured to book tickets (which sold out in moments) and arrive already knowing the tragectory of a young woman over-sharing details of her sex life, greiving her best friend and trying to save her guinea pig cafe from bankruptcy. 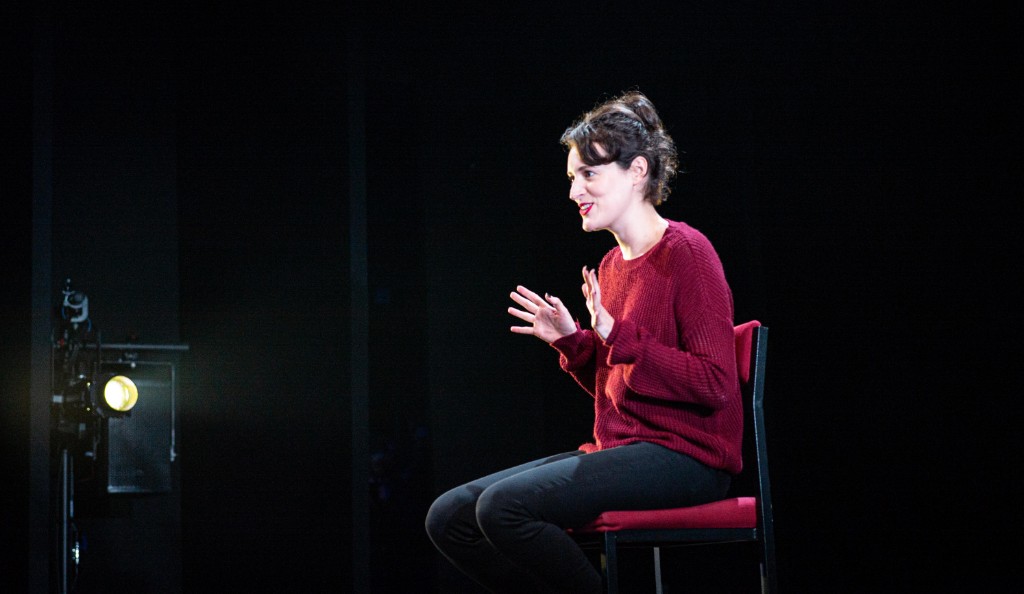 Don’t assume that the absence of visuals makes it gentler, either. Director Vicki Jones, who has helmed the show from the offset, sticks with the simple black stage, strip lights and chair. All emphasis is on the words, as Waller-Bridge flits between addressing the audience directly and impersonating other characters. But it's this intimacy that makes it feel so raw.

In a TV series stuffed with stellar actors - Olivia Colman, Fiona Shaw, Andrew Scott - Waller-Bridge is just part of a patchwork of comedy. But on stage, she commands all the laughs.

We know all about the mischievous glances to the audience, but it’s the quicksilver shifts between different characters that show the full force of her comic talents. She goes to town capturing the different quirks, pursing her lips and guffawing as the rodent-mouthed Tube Guy or sharpening her gaze and clenching her jaw as the highly strung sister, and even bopping her head to impersonate Hillary the guinea pig.

The shifts between silliness and suffering are more prounouced and intense in a 65-minute monologue. Along with the well-documented audacious honesty, it the artistry of the writing that's striking. Ideas evolve and spark, becoming metaphors for Fleabag’s own struggle without ever losing the candid, confessional immediacy.

Fleabag on stage is a distilled version of all that people loved about the subsequent TV show: it's funnier, sadder and more intense. But it’s also a reminder of Waller-Bridge's talent as stage actor capitivating a large audience with no props, distractions or co-stars.

As a disclaimer, this particular critic has been a Fleabag devotee from the offset, and the stage show will not convert anyone who found the series too crude, lewd, millennial or priveldged. But for its many, many fans, this little play that exploded into a huge deal more than justifies its hype. 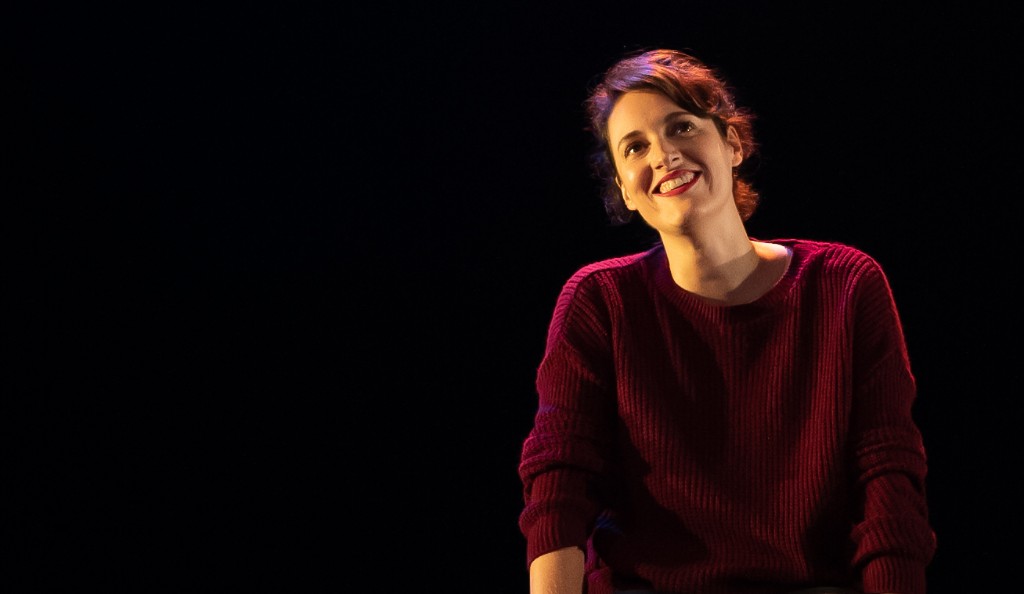